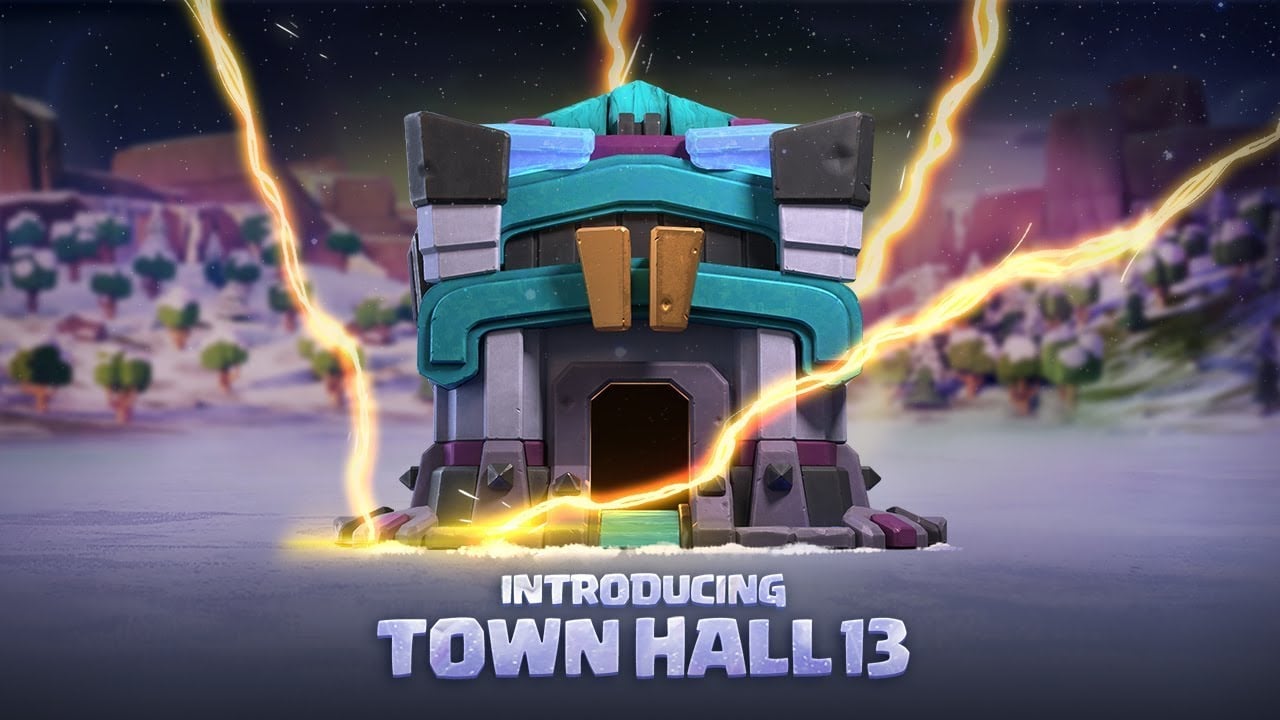 After teasing fans about Town Hall 13 for the past few weeks, Supercell revealed today that it will be coming soon to Clash of Clans.

To upgrade to the Town Hall 13, players will have to completely max out their Town Hall 12, including the Giga Tesla. The theme of the Town Hall 13 update is “Dark Elixir and Ice,” so Supercell has asked fans to expect a darker and snowy vibe in the coming update.

Upgrading to the Town Hall 13 will unlock several new features that still haven’t been revealed. Supercell has asked fans to be on a lookout in the coming days to know what this is.

The Giga Inferno can be leveled up multiple times to increase its stats. Leveling up until level three is more rewarding. The explosion by a level three Giga Inferno will also cause a haze of ice around it which will slow down enemy units caught in it.