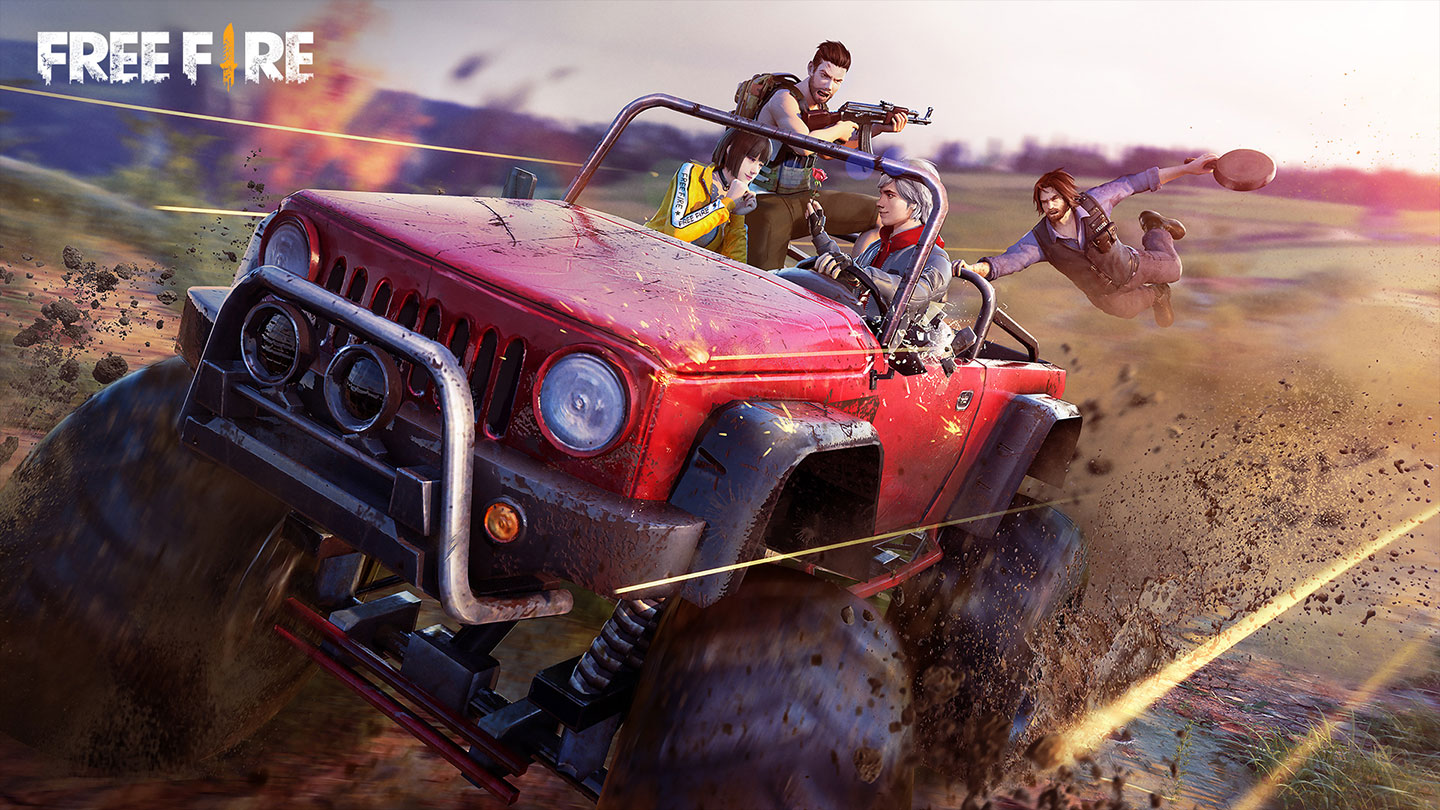 The last year has undoubtedly been a big one for mobile esports. With filled stadium events, viewership crossing the million mark in tournaments like the Free Fire World Series, and rising prize pools, mobile games have solidified themselves in the esports ecosystem.

Mobile esports still have a long way to go, however. For many games like PUBG Mobile and Free Fire, 2019 was just the beginning. These games stepped into the year with the challenge of encouraging their already huge player base to be passionate about esports. The developers of both games managed to do just that while also attracting new players.

With 2020 kicking off, several mobile games have big plans for the year when it comes to esports. Here are the top seven mobile esports that fans should watch out for over the next 12 months.

Unlike some of the other games on this list, PlayerUnknown’s Battlegrounds Mobile has unveiled most of its esports plans for 2020.

The PUBG Mobile Club Open (PMCO) 2019 was a huge success in terms of engagement and viewership. The Spring Split Global final was the most-watched event of the year for the game, peaking at 596,824 viewers and had a concurrent viewership of 221,491. Of course, carrying this momentum forward in 2020 was a no-brainer for Tencent.

The PMCO will continue in 2020 along with the PUBG Mobile World League. The total prize pool for the year is estimated to be over $5 million. This makes the game the biggest mobile esport in terms of prize money (excluding in China).

PUBG Mobile esports in 2020 will have ample opportunities for all with campus championships for amateur players, along with the PMCO and World League for semi-pro and professional players. The PUBG Mobile Pro League will also be launching next year in the Americas, South Asia, and Southeast Asia, ensuring year-long events for fans to look forward to.

Brawl Stars is among the new games to step into esports. The MOBA has been developed by Supercell, which boasts other mobile esports titles like Clash Royale and Clash of Clans.

While the game received a large number of community tournaments since its global release last year, the first Supercell supported event—the Brawl Stars World Finals 2019—was held in November. The event attracted 93,989 viewers at its peak and had an average viewership of 28,694 people, according to Esports Charts.

For 2020, Supercell announced the Brawl Stars Championship. It’ll feature monthly online and offline events that will grant qualification points toward the World Finals, which will be held in the fall of 2020. The overall prize pool for the championship is $1 million. Fans can contribute an additional $500,000 to the growing prize pool by purchasing special in-game items, which will be revealed before the 2020 World Finals.

The biggest mobile esport of 2019 in terms of viewership (excluding China) was Free Fire. Garena unveiled the first international esports event for the game in early 2019 with the Free Fire World Cup. The tournament was held in April 2019 in Bangkok, Thailand and shattered viewership records. It averaged over 600,000 viewers and peaked at over one million people watching.

Building up from the success of the World Cup, the Free Fire World Series 2019 featured regional qualification leagues around the world. Held in Brazil last November, the tournament broke the viewership records set by the World Cup. It peaked at over two million viewers and had an average viewership of 1.2 million people.

While Garena still hasn’t announced esports plans for 2020, the Free Fire community’s passion toward esports has been made clear.

Call of Duty: Mobile may have only been released a few months ago, but it’s already become one of the biggest mobile games on the market. The game has 170 million downloads since its release.

It may be too soon to talk much about an esports scene for the game, but the number of ongoing community tournaments makes it clear that esports is something that fans want to see from the game.

Garena, which released the game in Southeast Asia, has already realized this and has been hosting tournaments. The Clan Invasion Tournament was held in Singapore and Malaysia, featuring live finals in the respective countries as well. Call of Duty: Mobile Mission One was also recently held for Thailand by Garena and featured a $6,600 prize pool.

The Call of Duty: Mobile Creator Challenge by WSOE has been the biggest tournament for the shooter in the Americas. The tournament featured notable influencers, streamers, and players from the region. It had a $30,000 prize pool and peaked at over 12,000 viewers.

Activision hasn’t announced any tournaments for the rest of the regions yet. Considering the hype and competitive nature of the first-person shooter, though, it should only be a matter of time before it does.

Clash Royale is looking to have another fabulous year in 2020 with the Clash Royale League. While fans are still awaiting the exact format for 2020, we can expect it to be similar to the system in 2019.

The Clash Royale League runs in Asia, China, and the West with notable organizations like Fnatic and Team Liquid competing. The Clash Royale World Finals 2019 was held in December with a $400,000 prize pool.

The 2019 World Finals saw a decline of over 63 percent in peak viewers compared to the 2018 Finals. The concurrent viewership dropped by 64 percent as well. While these may be troubling numbers, a huge part of the drop in viewers could be because Supercell didn’t give out any free goodies for watching the livestream of the CRL World Finals 2019. In 2018, players earned gold, chests, and even gems just from watching the livestream, which significantly increased viewer numbers.

The game has a dedicated player base and a properly structured esports format along with the backing of numerous tier-one organizations. ELEAGUE recently televised highlights from the CRL World Finals 2019 on TBS, a first for mobile esports. It also promised to continue creating more content around the game.

With announcements like these, 2020 is looking bright for Clash Royale.

Mobile Legends: Bang Bang (MLBB) is another mobile esport to watch out for. The game has been running esports competitions for over two years now in Southeast Asia, where it’s extremely popular. In 2019, however, the developer Moonton expressed desires to expand the game to newer territories.

The M1 World Championship, the first of its kind for the MOBA game, featured a $250,000 prize pool. In addition to reserved slots for Southeast Asian countries, qualifiers were also held in the U.S., Brazil, Russia, and Turkey. The M2 World Championship will be held in Jakarta, Indonesia.

Expanding to new regions is a steep task for the developers with Riot Games scheduled to release League of Legends: Wild Rift for mobile in 2020, along with competition from other games such as NetEase’s Marvel Super War in which players can battle as characters from across the Marvel universe.

Moonton is ready to take on this challenge, though, since it recently released MLBB 2.0. The launch of MLBB 2.0 includes a faster loading time, a more refined UI, and a completely new map, which makes the game one of the best mobile MOBAs on the market.

The last game on this list is League of Legends: Wild Rift. The game hasn’t been released, but Riot has promised to roll it out in 2020. Several leaks have shown gameplay footage of the game already and it’s similar to the PC version.

While it may be too early to speculate about an esports scene for the game, it’s unlikely that Riot won’t try to push it in that direction.

In a recent interview, Hideo Hikida, a producer at Riot Games, told Mais Esports that Riot would “love to see the community embrace the game and move it forward in whatever way they can.” He further added that if this means that the community wants to see esports tournaments, Riot would love to give exactly that to the players.

For now, fans have to wait until the game receives a release date before tournaments start happening.