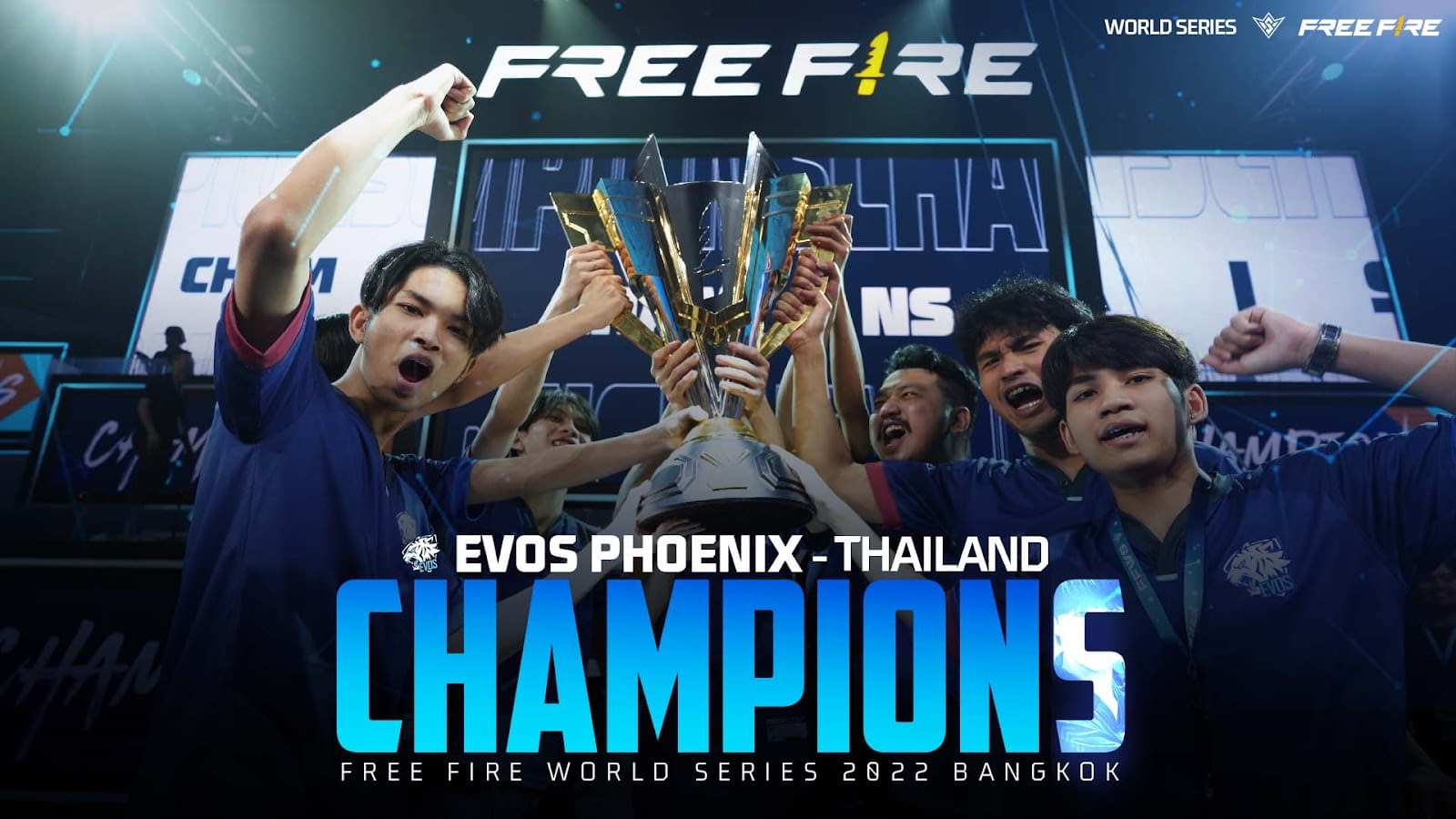 The Free Fire World Series (FFWS) 2022 Bangkok took place on the last weekend of November, uniting the best teams of almost all competitive battle royale regions. The most important competition of Garena’s mobile game happens twice a year and is also the most popular due to its global scale. The latest edition of the championship had surprisingly negative viewership results, however, with the record of the lowest number of viewers in the history of the tournament.

Gathering 17 regional winners and runner-ups from all over the world, the FFWS 2022 Bangkok consisted of two days of matches: play-ins and finals. According to Esports Charts, the 12 hours of matches had a peak of 354,800 viewers and an average of 168,400 viewers. The website even pointed out that the most viewers were at the beginning of the competition, and the number got smaller as they reached the end of the finals.

The newly crowned Free Fire world champion was EVOS Phoenix from Thailand. They scored their second win after their victory in the FFWS 2021 Singapore, which set an audience record for all esports disciplines with 5.4 million concurrent viewers. The runner-up for FFWS editions with the most viewers was the first one of all time, the FFWS 2019 Rio de Janeiro, which reached an impressive 2 million peak viewers.

The drastic drop is astounding but could have some justifiable explanations. In other editions, the Hindi broadcasts drew 1.95 million viewers during the FFWS Singapore. After India banned Free Fire and other games in February 2022 due to them being a “threat to national security,” Garena’s battle royale saw a significant decline in viewership numbers.

The absence of Hindi broadcasts meant that Spanish and Portuguese were the most popular languages of the FFWS 2022 Bangkok. This could mean a shift in viewership numbers for the upcoming tournaments, which could even influence Garena to host another edition in North America.

Esports Charts also noted that change in streaming options could also have affected the popularity of the tournament since Garena’s Booyah! was not streaming the FFWS 2022 Bangkok but gathered 615,000 viewers during the FFWS Singapore. For the final edition of the year, Garena focused on streaming mainly on its official YouTube channels.

In the future, the Free Fire World Series (FFWS) organization may decide to come back with Booyah! streamings and even invest in other platforms that could reach other languages and regions.