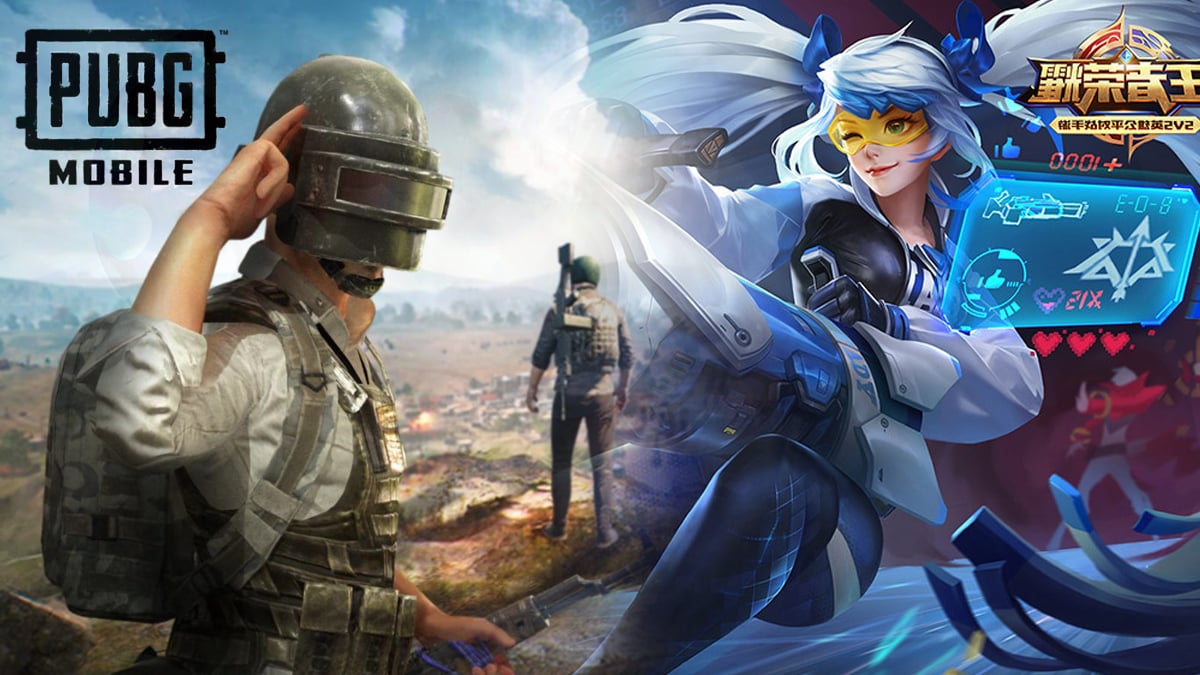 The mobile games market has exploded over the past few years. Over two billion people worldwide play on mobile and the mobile games industry in 2019 was estimated to generate $152.1 billion in revenue, according to NewZoo.

Competitive games are popular among mobile gamers, though. Publishers have seen an opportunity and started committing more resources to foster the competitive scene of their games. Chinese publisher Tencent reigns above all and the majority of competitive mobile games are from MOBA and battle royale genres.

Here are the biggest competitive mobile games of 2019.

Honor of Kings, or Kings of Glory depending on the translation, is the biggest mobile game in China. Released in 2015 amid the exploding craze for League of Legends and MOBA games, it boasted a 200 million player base and 80 million daily active users in March 2017. It was so popular that during the same year, Tencent specifically banned players under 12 from playing the game after 9pm in an effort to curb gaming addiction in China.

The regular competitive season is divided into several leagues, including the King Pro League in China that’s split into spring and fall segments. Last August, the Kings of Glory World Champion Cup gathered 12 teams from China, South Korea, and Southeast Asia in Shenzhen, China. They faced off to bring home a part of the half-crowdfunded $4.5 million prize pool. All of the participating players were from Asia aside from an American, Matthew “Mts” Stover.

Kings of Glory is the biggest mobile game in Asia, but its global version, Arena of Valor, is far from reaching the same popularity. Last March, Tencent officially stopped its publishing activities in the European and North American markets for Arena of Valor because it only gathered 150,000 players compared to the 200 million player count of its Chinese counterpart.

Next year could be a fruitful time period for Kings of Glory because leaks suggested that the game might be globally released soon. In addition, the game will reportedly be released on Nintendo Switch in 2020.

Garena Free Fire was released in December 2017. It’s grown over the years and generated over $1 billion in revenue in November. It was also awarded the breakthrough game of the year prize by Google Play.

Despite its fast growth in the industry, the game remains in the shadow of giant battle royale mobile games like PUBG Mobile. But since its world championship in 2019, it’s started to get more recognition.

In November, Rio de Janeiro hosted the 2019 Free Fire World Series finals where Brazilian team Corinthians were crowned world champions and brought home a $200,000 prize pool. The event peaked at over two million simultaneous viewers and averaged nearly 1.2 million viewers, setting a record for the game. The second most-watched event was the Free Fire Pro League Brazil season three, with a peak of one million viewers.

There’s no signs that Free Fire will slow down in 2020.

Clash Royale is one of a kind among all high-profile competitive mobile games. With its easy-to-learn, hard-to-master gameplay, it’s gained popularity over the years. In 2019, the Clash Royale League World Finals peaked at over 133,000 viewers and featured a $400,000 prize pool.

Despite being one of the biggest competitive mobile games of 2019, it slowed down compared to last year. In 2018, the World Finals peaked at 361,000 viewers, more than double the 2019 edition.

The MOBA game Mobile Legends: Bang Bang has evolved since its first successful release in Southeast Asia in July 2016. It tallied 500 million registered players and boasts 75 million active players. After several years of experimental official tournaments, such as the annual Southeast Asian Competition, 2019 was the year where the publisher decided to step up. It held its first world championship in November in Kuala Lumpur. Despite only being streamed on YouTube, it boasted a peak of almost 650,000 viewers, 467,000 of which came from Indonesia.

The game was also featured in the 2019 Southeast Asian Games alongside another mobile competitive game, Arena of Valor. The Philippines team was awarded the gold medal on Dec. 8. Its popularity is essentially concentrated in Southeast and South Asia, but the game might become more popular in other regions in the coming years. At Moonton Epicon 2019 held in July, the publisher revealed an upcoming 2.0 version of the game with a focus on quality improvements and optimization. This could provide strengthened foundations for the game’s growth in 2020.

PUBG Mobile is the king of battle royale mobile games. It’s gained so much success that some wonder if it’ll end up surpassing its PC version. Its last competitive year ended with the PMCO Fall Split Global Finals held in Kuala Lumpur, which amounted to over 180,000 average viewers with a peak of 525,133. The Kuala Lumpur tower even lit up to celebrate the tournament. These numbers were lower than those from the Spring Split earlier in the year, however, which averaged 221,000 viewers and a peak of 596,824.

The player base hit 600 million users on Dec. 2 and 2020 looks even brighter for the PUBG Mobile esports scene with an over $5 million prize pool for esports competitions next year. In addition, several circuits will be added to build a path-to-pro way from the amateur scene to the highest level. There will also be a heavy focus on Southeast Asia, which is the core of this game’s player base. A city-based league will be held in the U.S. while several teams are withdrawing from the game on PC. PUBG Mobile looks set to keep its spot among the biggest competitive mobile titles of next year.

We can’t forget about the mobile version of Fortnite, the battle royale game that took over the world over the last few years. Contrary to some mobile versions of competitive games like Hearthstone, the mechanics are much different on mobile than other platforms for Fortnite. Epic Games started to invest in the mobile esports scene at the end of this year by hosting official tournaments exclusively on this platform. The first Fortnite Twitch Rivals tournament on mobile was held on Dec. 6.

The last official mobile and Switch tournament, Winter Royale, featured an over $3 million prize pool, with $1 million for each day of the tournament. It was part of a $15 million overall prize pool for the Winter Royale that was awarded across all tournaments, including PC and Xbox One or PS4 events. The tournament featured teams from seven regions, including Europe, North America East and West, Brazil, Asia, Oceania, and Middle East. This may have been the push that Fortnite’s mobile scene needed to explode heading into 2020.

Although several games succeeded this year, Summoners War, Vainglory, and Brawl Stars declined in 2019. The number of official Vainglory tournaments decreased this year and it didn’t have a World Cup. As for Brawl Stars, the game had a successful launch at the end of 2018, but it failed to keep up the hype throughout the year. The Brawl Stars World Finals only averaged 29,000 viewers in November despite the high stakes and a $250,000 prize pool.

Call of Duty: Mobile, on the other hand, might be the breakthrough esports mobile title of 2020. Released in October, it’s already gathered 100 million players. The MOBA scene will also welcome a new title made by Riot Games, Wild Rift, the highly-anticipated mobile version of League of Legends. Wild Rift’s release date has yet to be announced.