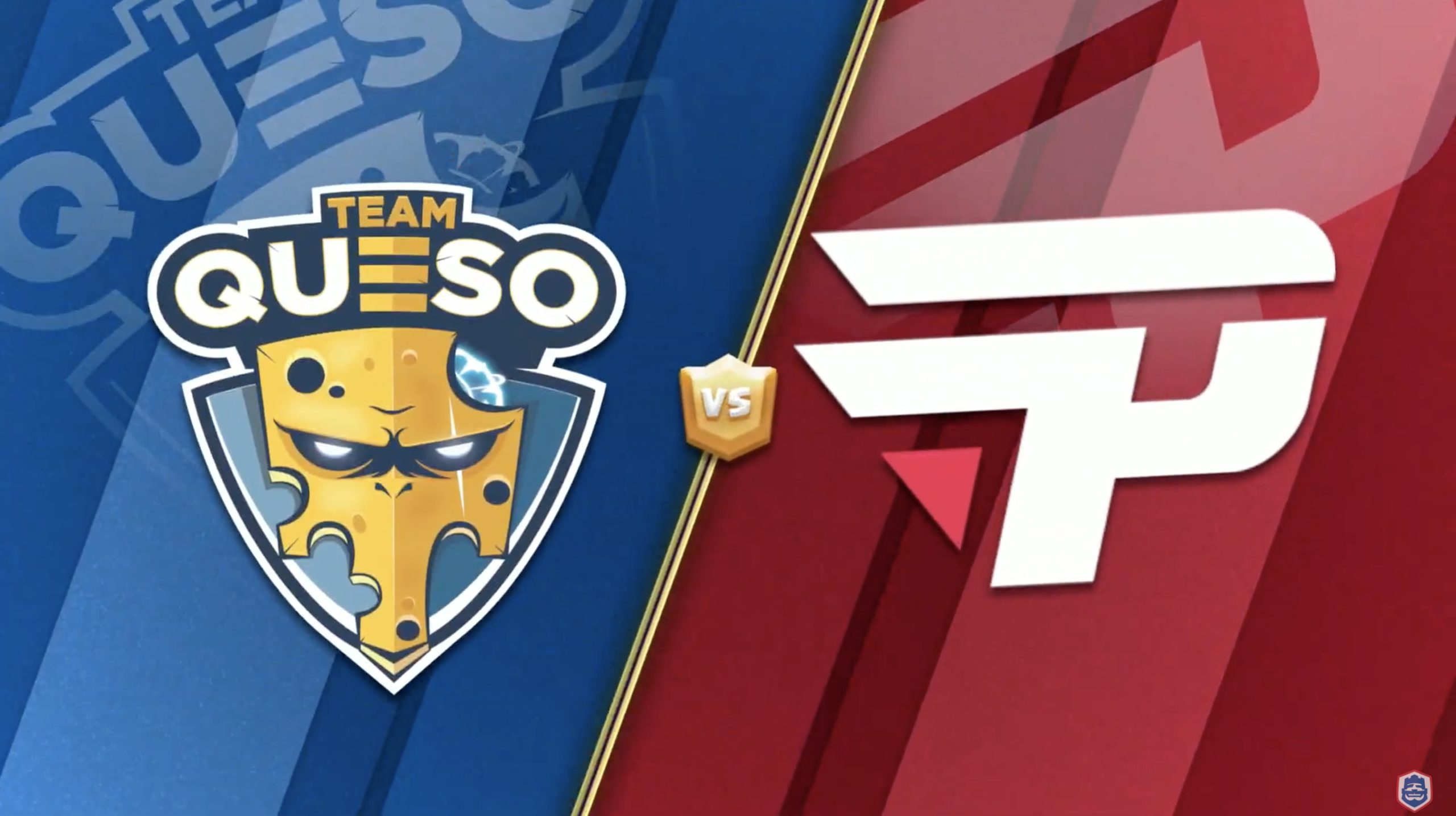 In a do-or-die match, Pain Gaming defeated Team Queso 2-1 in week four of the Clash Royale League (CRL) West spring season 2020. Both teams came into today without a single win under their belts and needed a victory to stay in contention for a playoffs spot from Group B.

While Team Queso won the two-versus-two set 2-0, Pain Gaming did a reverse sweep in the one-versus-one taking the match to a third set of King of the Hill.

The teams again traded matches back and forth in this best-of-five set. It all came down to the final match between Cuchii Cuu and Surg TS to decide the winners.

Surg TS put up a dominant performance throughout the match. The player did tremendous defending coupled with continuous poke damage into Cuchii Cuu’s princess tower. Cuchii Cuu was mostly on the backfoot in the match. Surg TS finished the match and secured the game for Pain Gaming with a Goblin Barrel three seconds into overtime.

With this win, Pain Gaming currently sit at the third position in the Group B rankings table. The team is tied with SK Gaming. It will all come down to the final week of the regular season next Friday to see who will advance to the playoffs.

Team Queso are last without a single win throughout the regular season and are out of contention for a spot in the playoffs.