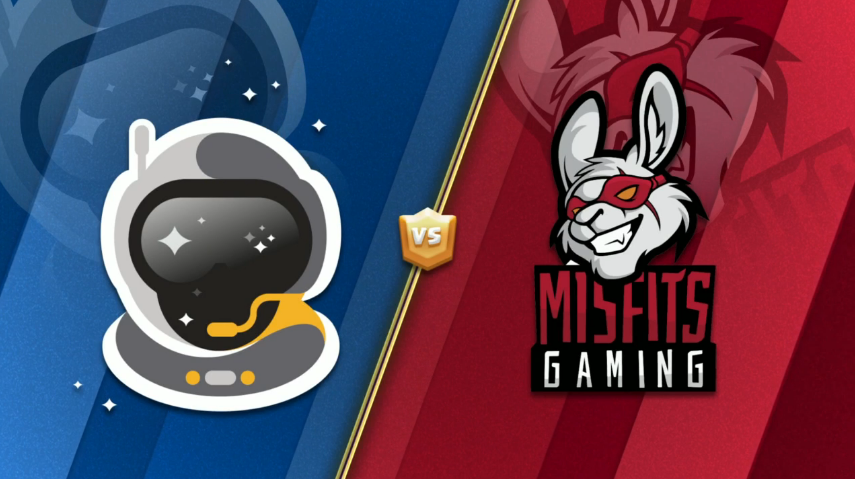 Misfits Gaming demolished Spacestation Gaming 2-0 during the spring season of the Clash Royale League (CRL) today. The match was crucial to decide the top seed from Group B in the playoffs.

Misfits have now climbed to the first place in Group B and have booked a spot in the playoffs. The team will be looking to maintain that position as it will play its last match of the regular season next week against Team Queso.

Spacestation Gaming, on the other hand, have ended their regular season run with three victories from the four matches it played. It will come down to whether Team Queso manage to beat Misfits to see which team will be the top seed from Group B.

Spacestation did come very close to a victory once in the second match of the two-versus-two set. Spacestation’s Joshua “Ah Craaaap” Sharon and Nicholas “thegod_rf” Kublin had just 189 HP left in their princess tower with an enemy Goblin, Mini-Pekka, and Dark Knight approaching. Thegod_rf hurled a fireball on the opponent’s tower but could only bring it down to just nine HP. A single hit by Misfits’ goblin on their tower, however, made it fall.

Spacestation Gaming will certainly be analyzing the mistakes they made today before the playoffs begin on July 11.