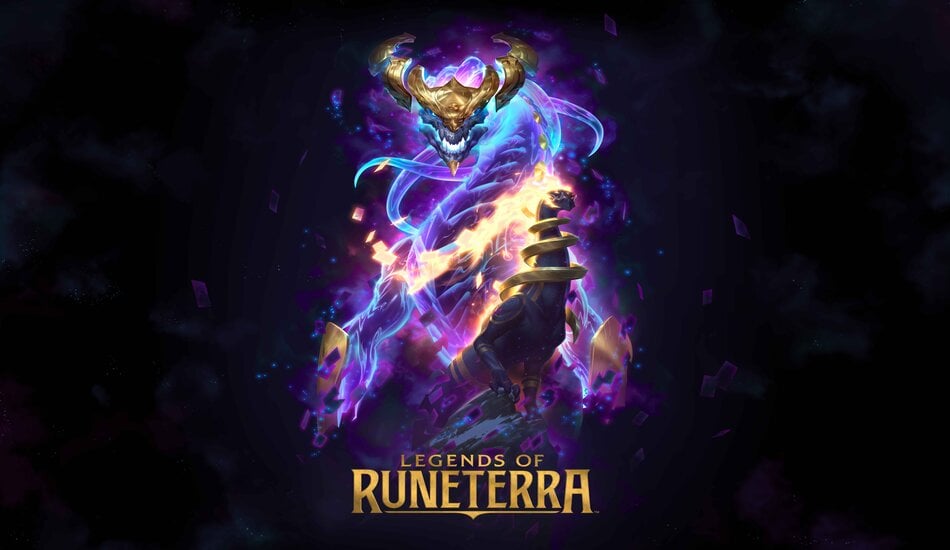 Riot Games revealed the Aurelion Sol package for the upcoming Call of the Mountain set today, featuring high-cost Dragon units to finish off opponents in Legends of Runeterra.

The Aurelion Sol Dragon package has a number of similarities that can be compared to the Deep archetype from the Rising Tides set. A majority of the spells and units featured in the LoR spoilers today are slow in nature but extremely powerful, able to end a match in one turn once the synergy pops off.

For the Dragon archetype to succeed in the LoR meta, the build must contain cards that are able to stall until the late game. Once the matchup enters the late game, units like Inviolus Vox kickstart the deck archetype into action.

Able to create a random Dragon in hand when an ally with Fury kills an enemy for the first time each round, Inviolus Vox is a solid six-drop despite its 5/6 stats. And there’s Fury synergy prior to Inviolus Vox getting played via Whiteflame Protector and Screeching Dragon.

The Infinite Mindsplitter, an eight-drop 8/8, also has potential despite its mana cost. While it synergizes nicely with Yasuo and Swain builds, it can also buy an Aurelion Sol deck the time it needs for Celestial and Invoke synergies to take place.

The spell Starshaping is also on the high side in regard to mana cost. Its a Burst speed spell that Invokes a Celestrial that costs seven or more while also healing an ally or your Nexus five. Without the healing ability, Starshaping lacks value. But in conjunction with Invoking a powerful Celestrial, the five-drop spell has the potential to see a decent amount of gameplay.

Soar the skies and burn enemies to the ground with Aurelion Sol and his LoR archetype package when Call of the Mountain releases on Aug. 26.