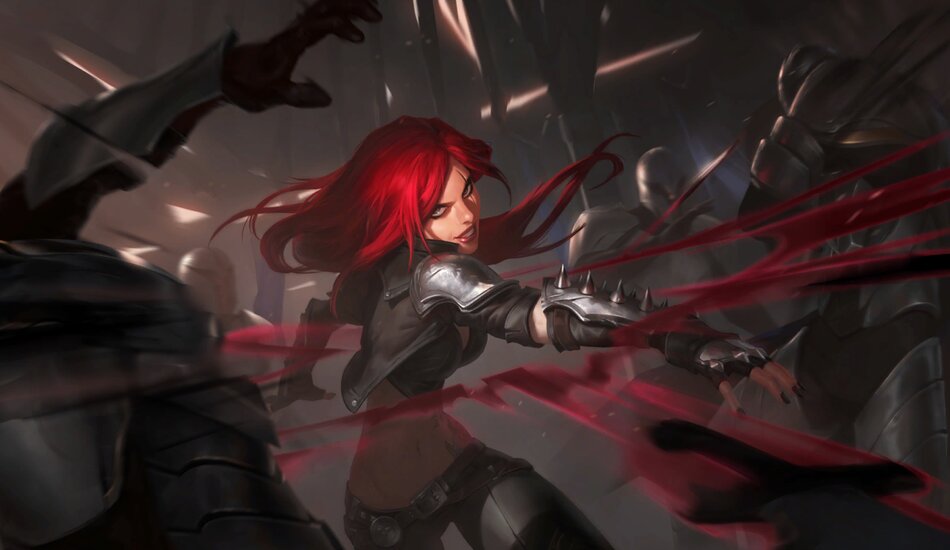 Legends of Runeterra Patch 0.9.4 will be released tomorrow. Draven and Katarina are two champions that are receiving buffs during this update.

Draven’s level up condition is becoming more lenient. As opposed to needing to strike with Spinning Axes at two varying times, Draven now needs to strike with a total of two Spinning Axe charges at any time. This allows Draven to have two Spinning Axes on him in one attack and still receive a level up, thus providing players with the chance to achieve his vastly powerful leveled-up state much more easily.

While Draven wasn’t underperforming by any metrics compared to other lower-tier cards—since he had a home in both Draven/Ezreal decks and Draven/Jinx decks alike—this quality of life buff allows Draven to be more of his own card as opposed to just being an enabler for the other champions that are in the same decks built around them.

The other Noxian champion to receive a buff and extra utility this patch is Katarina since her strength and popularity aren’t as high as Draven’s. When Katarina enters play from hand, she also creates a fleeting Blade’s Edge, the one-cost collectible card that deals one damage to anything. Katarina’s main weakness is that playing her early more often than not provided a tempo loss to the player.

While leveling her up is fairly easy, she leaves a vacuum of board presence behind once she levels up and bounces, thus making her play pattern fairly binary for both players using her and fighting against her alike. This new functionality buff gives her new play patterns where she can either ping off low health targets with excess spell mana in the early game or give her extra potential reach in the late game where you can play her multiple times per turn.