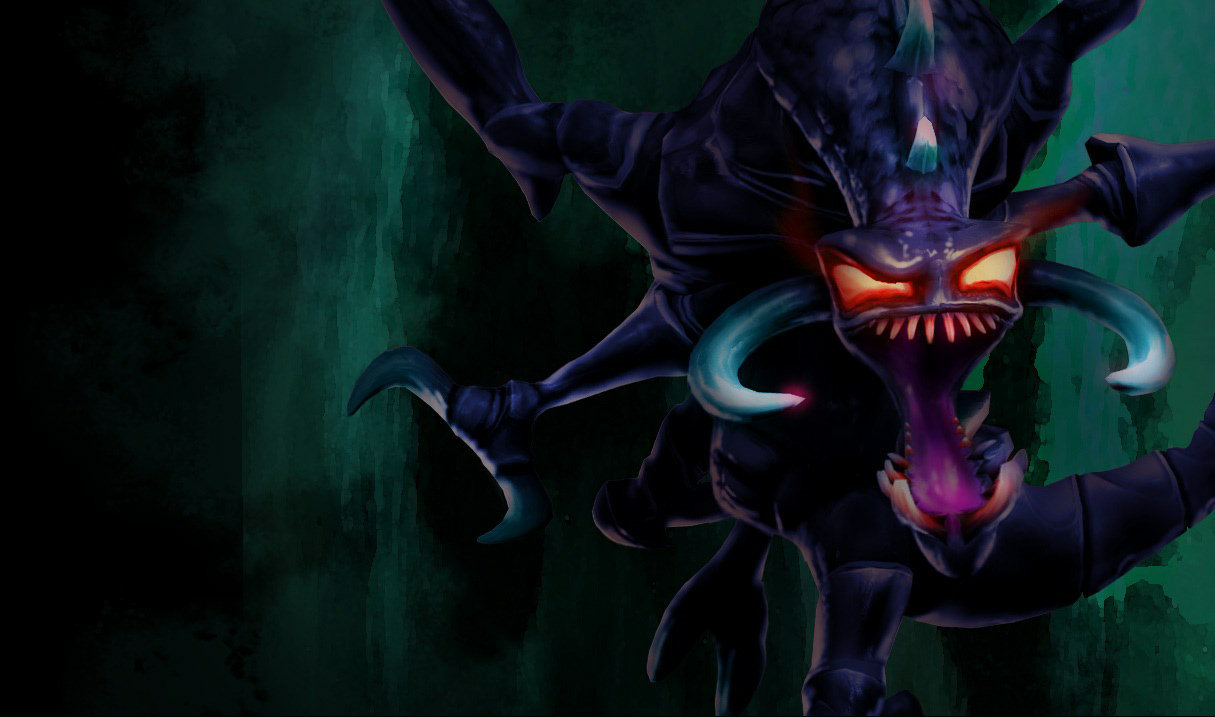 Reflecting on the recent durability update in Legends of Legends, the Riot devs have perfectly depicted what it felt like to play AD carry before the major changes hit Summoner’s Rift in Patch 12.10.

In yet another Riot dev troll meme, senior champion designer August Browning posted a clip of a ridiculously cute, miniature-sized Cho’Gath nibbling on a regular-sized Jinx.

Barely visible, the tiny Cho’Gath scurries around on his little legs as he whittles down the seemingly unfazed Loose Cannon. In the end, after firing off all of his abilities, he successfully takes down the blue-haired champion, before transforming back into his big and scary old self.

“ADC before the durability update,” Browning said on Twitter.

The durability update, which landed on the live servers on May 24, has had a serious impact on the game, completely changing the meta. To further balance the changes made in Patch 12.10 and “address some urgent outliers,” a second patch, Patch 12.10b, was delivered just several days later.

Related: Bel’Veth spawns an army of Teemos in another Riot dev troll meme

The aim of Patch 12.10 was to increase champion durability across the board. Unlike most patches that focus on individual balance changes, this massive patch evenly increased durability for every champion, while nerfing heals, shields, and sustain. Overall, champions received an additional 70 base health, 14 health growth, 1.2 armor growth, and 0.8 magic resist growth.

To remedy the shift in the meta and balance the game even further, Patch 12.11 includes dozens of changes to champions and items, according to Riot’s patch preview. The next patch is scheduled to go live on Wednesday, June 8.