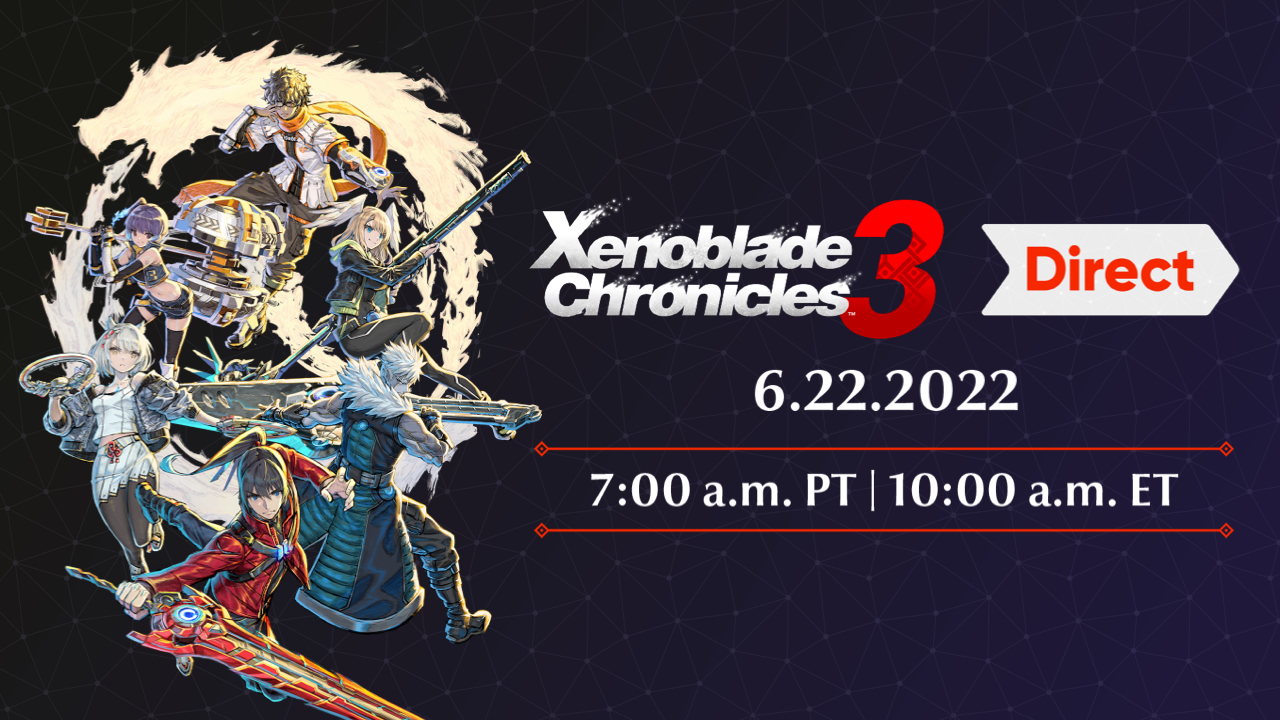 Nintendo of America has announced that a Xenoblade Chronicles 3 Direct presentation will take place on Wednesday, June 22, at 9am CT.

The presentation is estimated to be roughly 20 minutes and will provide more information about the upcoming RPG. Xenoblade Chronicles 3 will be released on July 29 instead of its first scheduled release date of September this year for Switch. The additional contents of the game’s Collector’s Edition will not be available by that date.

The additional contents for the Collector’s Edition include a Nintendo Switch SteelBook case, softcover concept art book, and outer box packaging. Shipping will be free when it arrives in fall 2022.

This announcement from Nintendo follows the rumors that a Direct showcase could be happening later this month. Alanah Pearce, a Sony Santa Monica writer and former games journalist, said on her Twitch stream that a Nintendo Direct could be happening on June 29. But the company has not yet provided any statement about this possible showcase, aside from the one dedicated to Xenoblade Chronicles 3.

The game will be a direct sequel to the second iteration of Xenoblade Chronicles released in 2018. As per Nintendo, the upcoming sequel will be allowing players to “step into the roles of protagonists Noah and Mio amid turmoil between the hostile nations of Keves and Agnus.”

The game’s official listing in the Nintendo Store has additional information for fans.