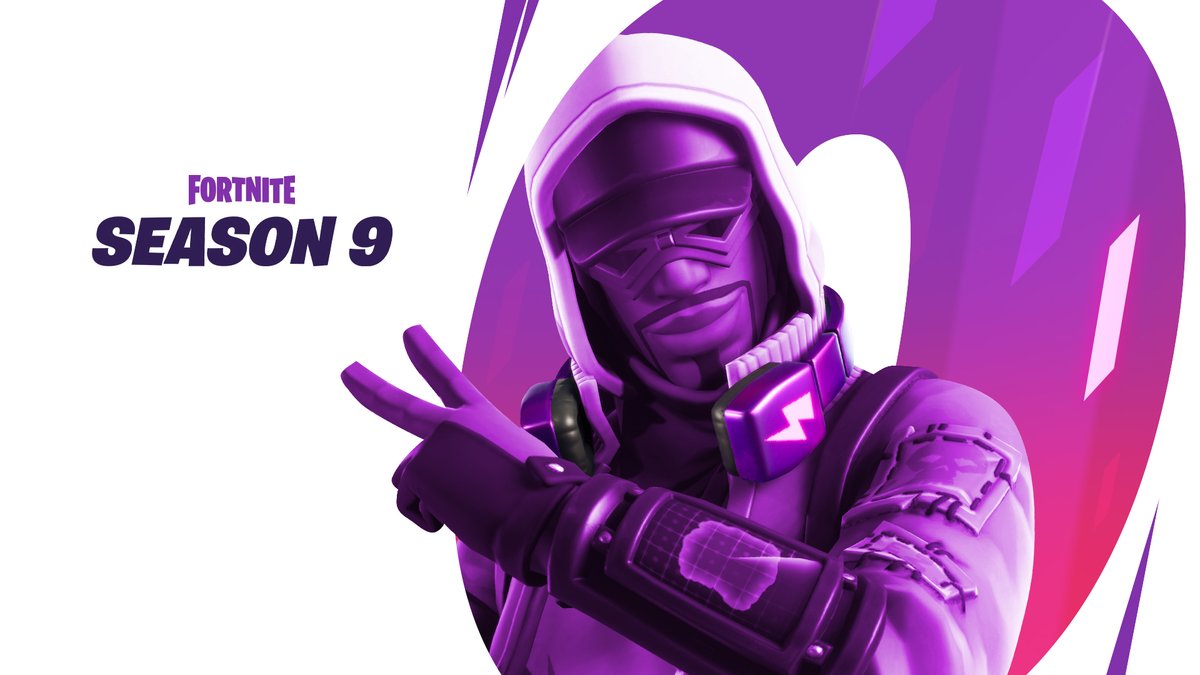 The third and last teaser for Fortnite: Battle Royale’s season nine release has just been revealed by Epic Games. The company published a new image this morning on Twitter revealing what seems to be yet another skin for the upcoming Battle Pass.

“The future is Tilted”, the tweet read. With this final teaser, the letters in all three images are forming the word “NEO.”

Epic has remained quiet about season nine, which releases tomorrow morning. All the clues we had about in-game events that could be related to it have already happened, such as The Unvaulting event that brought back the Drum Gun and the volcano eruption that destroyed Tilted Towers and Retail Row.

What we know about season nine so far is that it’s probably space-themed due to hints in the teasers. “The future is unknown” and “the future is bright” are clear references to some kind of map makeover or even a brand-new map in the future, maybe even with a sci-fi vibe.

We also know that the season nine Battle Pass should cost 950 V-Bucks as usual, since data miners found a reference to this price in Fortnite’s game files of season eight. Unfortunately for players who like spoilers, that’s all they’ve found so far about the new season, since the game needs to be updated for them to explore new files and uncover what’s coming.

Fortnite’s season nine releases tomorrow. Epic has yet to reveal what time the update and the patch notes will be live.