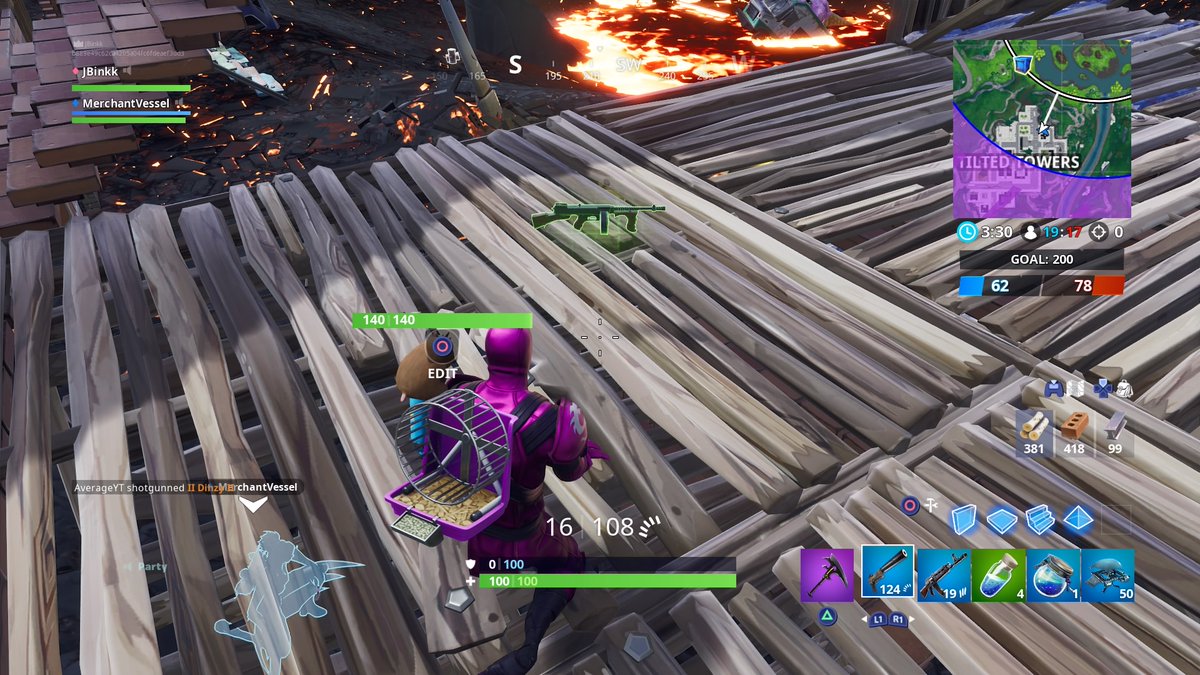 Another live in-game event has come and gone in Fortnite: Battle Royale.

The Unvaulting event went live at 2pm CT today, replacing all of the other traditional battle royale game modes.

A countdown hovered above the hatch at Loot Lake. When it hit zero, the hatch opened and players were able to fall through to a mostly-white area with six pillars featuring previously-vaulted weapons and items.

Players were then able to pickaxe the pillars to essentially vote for the item that they wanted to see back in the game. The Drum Gun won and has officially returned to Fortnite. Luckily for fans of competitive Fortnite, though, the Drum Gun won’t be featured in this weekend’s World Cup qualifiers.

After players returned from the vault, the volcano erupted and destroyed Tilted Towers. The only building that remains is the one that was often demolished in previous seasons. Retail Row was also affected by the volcanic eruption.

The Unvaulting event seemingly didn’t work for some players in the community. But those who got to witness this event first-hand most likely enjoyed another unique experience created by Epic Games—unless you’re a huge fan of Tilted Towers.