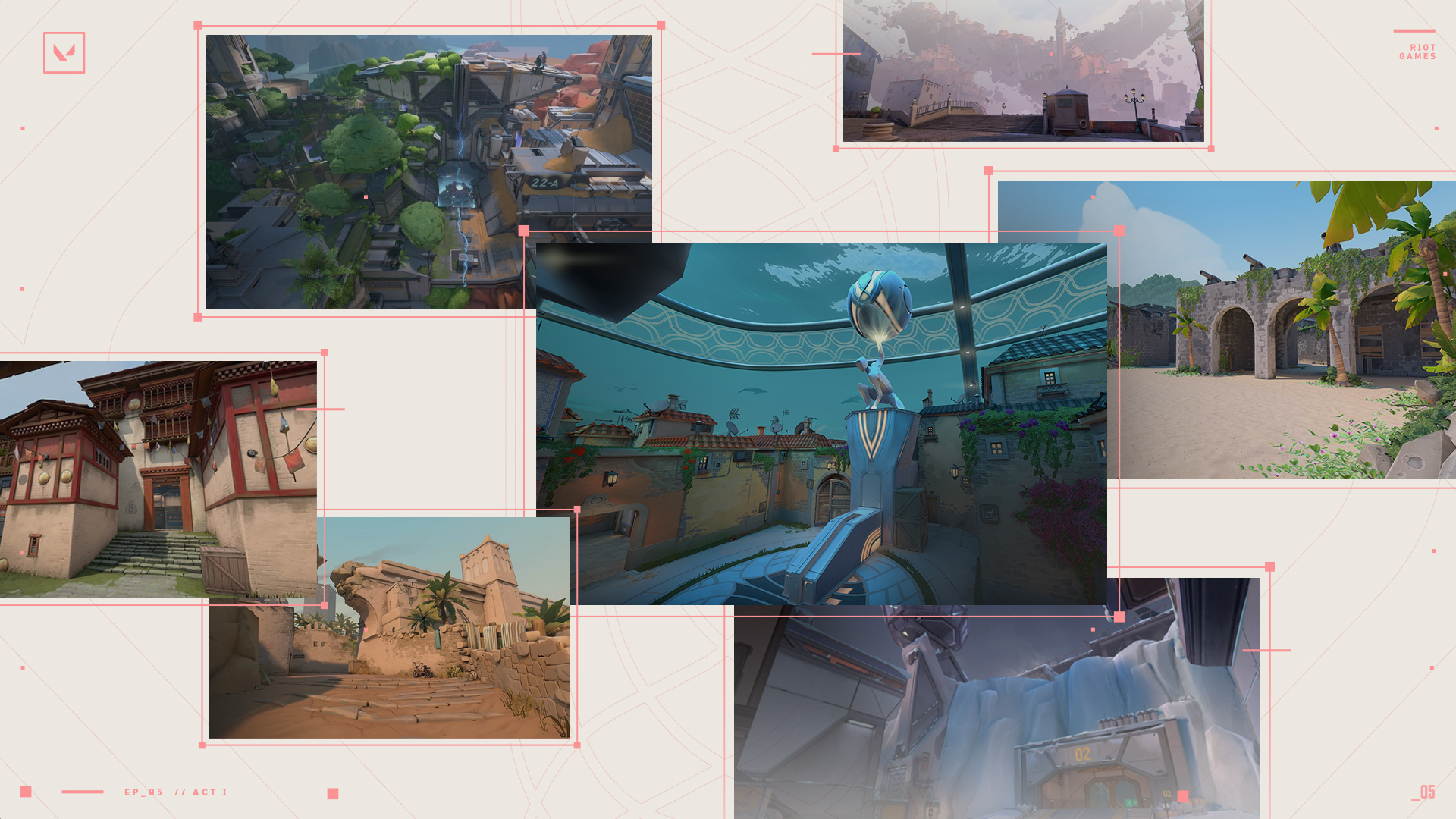 VALORANT‘s Patch 5.0 is adding the new map Pearl, allowing players to enjoy a new underwater battleground. A new map is always exciting, but the latest update also includes the removal of Split, which might be concerning for some players. This is the first time a map will be rotated out of the game and is setting the foundation of what is likely a new system going forward.

Pearl is the eighth official VALORANT map, taking players to an underwater location for the first time. While many are excited to dive in and learn the new battlefield, it also marks the departure of one of the original maps in VALORANT, Split.

Design lead on the VALORANT maps team Joe Lansford explained that after working with the esports team, surveying players, and talking with professional organizations, Riot Games decided maintaining seven maps in the active pool was the best decision. Split will be rotated out of the game for the time being across the board.

Starting in Patch 5.0, Split will no longer appear in Unrated or Competitive queues, and there is no set date for its return. The competitive queue will have a temporary map pool of six until Pearl is added on July 12 alongside Patch 5.01. Split will exit the esports map rotation after the LCQs in August. Split will still be available in Spike Rush, custom games, and “other modes,” though.

Lansford continued by explaining how learning a new map in a tactical shooter can be one of the most challenging aspects of the game. Mastering a map is even harder, and having a “whole bunch of maps is a steep learning curve.” The team believes “seven is a nice sweet spot that offers both variety and mastery,” resulting in Split being removed for the time being. New players will have less to learn while diving into VALORANT, and existing players don’t need to learn a new map.

The team considered keeping Split in the Unrated map pool but decided that “keeping parity between all of our map pools made the most sense.” But it did confirm Split will still be available in custom and alternate game modes if any Split fans want to mess around on the map.

Split was chosen to be removed due to several factors, including “player sentiment, time since release, past and future planned updates, what the map brings in terms of strategic variance, as well as where Pearl fits into all of it.” But Split will most likely reappear in the future with updates to make it a more viable experience.

The removal of Split sets a precedent for future VALORANT maps. The developers will likely continue rotating maps in and out of the game and update them as needed. This is common in other tactical shooters and allows the developers to fine-tune maps for a better experience. Split is likely coming back eventually, and don’t be surprised if other maps receive the same treatment.