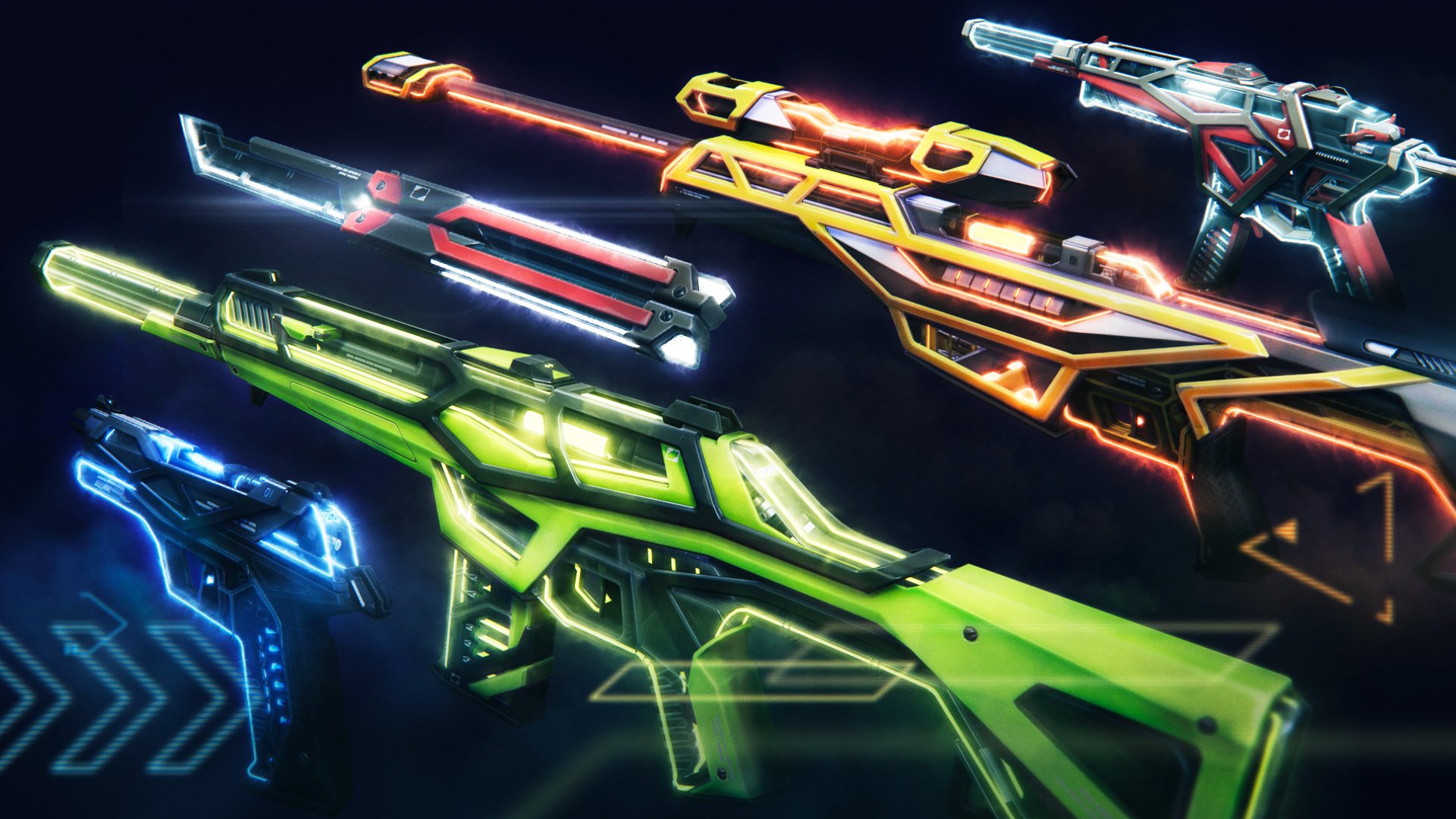 They might cost a pretty penny, but VALORANT’s next cosmetics are a perfect addition for anyone looking to scoop up another set of skins for their growing collection.

On Wednesday, April 27, Riot Games is adding five new skins to the ever-popular RGX 11z Pro skin line, including a Classic, Phantom, Spectre, and Operator skin. There is also a butterfly knife that comes with the full package, which should help push anyone that is on the fence for buying the bundle.

Last October, Riot dropped the first set of RGX Pro skins, featuring skins for the Vandal, Frenzy, Guardian, and Stinger, along with an extendable katana-style melee weapon. They also came in the base green colorway, with variant colors of blue, red, and yellow.

This time around, the new weapon choices are coming in hot with the same color schemes, glowing elements, and similar futuristic aesthetics. Once again, the skins emulate the look of high-end gaming computers and the RGB lighting that so many gamers have in their setups today.

“We wanted the skinline to feel highly responsive, tactile, and mechanical as well,” VALORANT art lead Kerwin Atienza said. “To achieve this, going for ergonomic yet functional shapes has been an obvious direction, with a big focus on streamlined structural details, layering and pushing complexity while still maintaining the style VALORANT is known for.”

At a specific level, there will be custom visual and audio effects on firing, equipping, reloading, and inspecting each weapon. For example, the internal colors for each gun will change every time it is inspected, settling on either yellow, white, green, or teal. The butterfly knife will also cycle through the full color spectrum when inspected, before randomly choosing a color to stick to..

The weapons also have kill counters that show how many eliminations a player has gotten with that gun during a specific round. Unlike most stat-tracking weapons in other first-person shooters, hwoever, the counter resets after each round.

Even still, the RGX Pro skins have been some of the more popular cosmetics in the game, and may be on many players’ wishlists when it releases later this week.