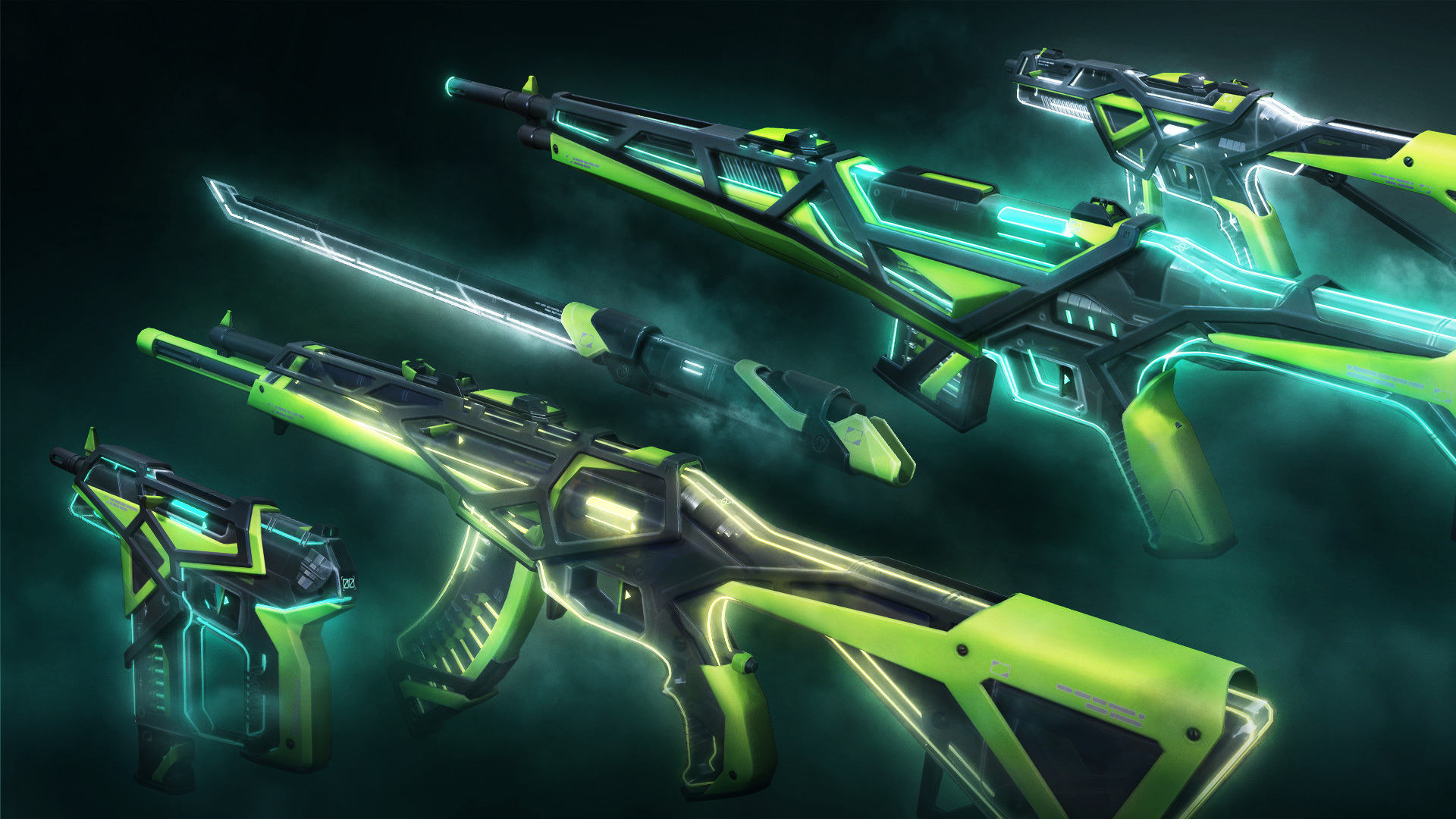 Gaming hardware has a unique aesthetic consisting of LED lights and mechanical components that are often on display. Most players embrace this aesthetic and the new RGX Pro Bundle is the perfect option for fans who want the same experience in-game.

The new skin line comes in four different colorways: green, blue, red, and yellow. All versions feature the same design, with the colorway present throughout the weapon over a translucent layer showing the inner mechanisms of each gun. Inspecting each weapon changes the color of the lights.

The RGX Pro Bundle introduces new skins for the Frenzy, Guardian, Stinger, Vandal, and a new Katana melee. Each weapon can be upgraded five times and the first four levels add new VFX and animations. The fifth level adds a kill counter to the back of each weapon, tracking how many kills a player gets in a round. The tracker doesn’t track a lifetime number of kills with a weapon and resets each round. Fans can also expect a unique finisher by fully upgrading their weapons.

The RGX Katana starts as a futuristic dagger with the same design as the weapon skins. But upgrading it to level two allows players to extend the knife into a katana when they equip the weapon, resulting in an exciting futuristic sword. The bundle also includes reactive gun buddies that react when firing each weapon and new wall hit decals with the same accent LED color that you have equipped.

Riot hasn’t confirmed an official price for the bundle yet, but leaks from VALORANT Leaks suggest it’ll cost 8,700 VP.