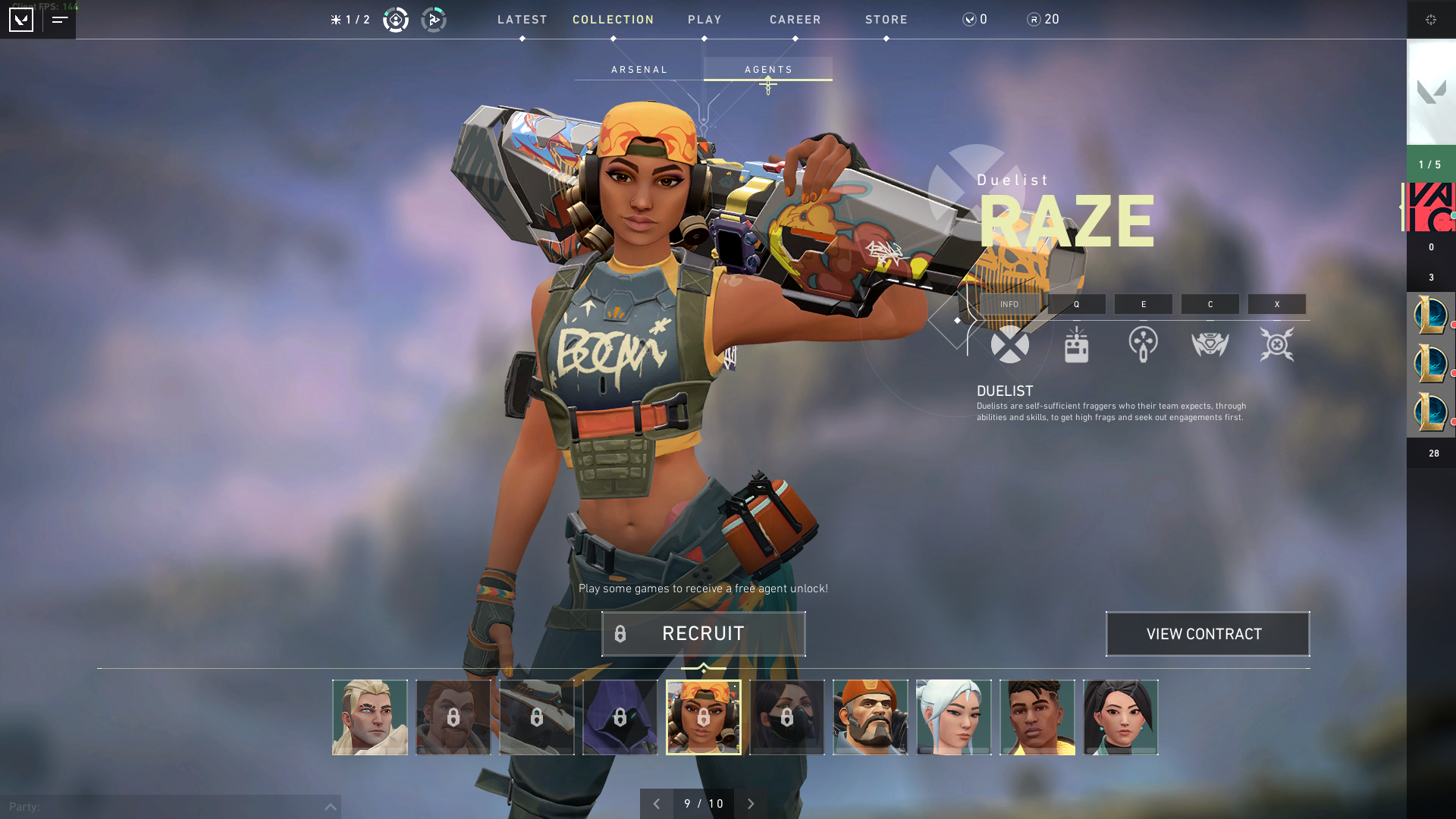 When you boot up VALORANT for the first time, you might notice your agent pool is a little small. Keeping the character pool small at first allows players to focus learning the core mechanics of the game, but sooner or later players will want to try out other agents to see if they like them better. Luckily, there’s a way to unlock other agents—just be prepared to grind a bit.

If you’re also struggling to pick which agent to unlock, you can try out all of the characters in training to get a feel for their abilities before picking them up. Players who’re looking to unlock their first agent after hours of grinding may also benefit from checking out the meta game. Some agents will have a higher win rate compared to others due to their abilities and unlocking the best ones first can allow players to climb up VALORANT’s ranked ladder faster.

While leveling up naturally in the game, you’ll get to unlock a free agent as a reward at certain milestones. At levels five and 10, VALORANT automatically lets players unlock an agent of their choice.

After reaching level five or getting an agent reward, you need to head to the Collection tab in the main menu and then click “Agents.” Choose the character you’d like to unlock and use your unlock token to complete the process.

To unlock the rest of the agents, you’ll need to:

Alternatively, players can also use 1000 VALORANT Points (VP) which can be acquired by spending real-life money. If you have enough VP on your account, you’ll be able to click on the Purchase button instead of activating a contract. Purchasing some of the agents can drastically decrease the total amount of time that it takes to unlock all of them. Considering Riot releases agents with content patches, it can be a decent idea for new players to unlock a few agents with VP to get up to speed.