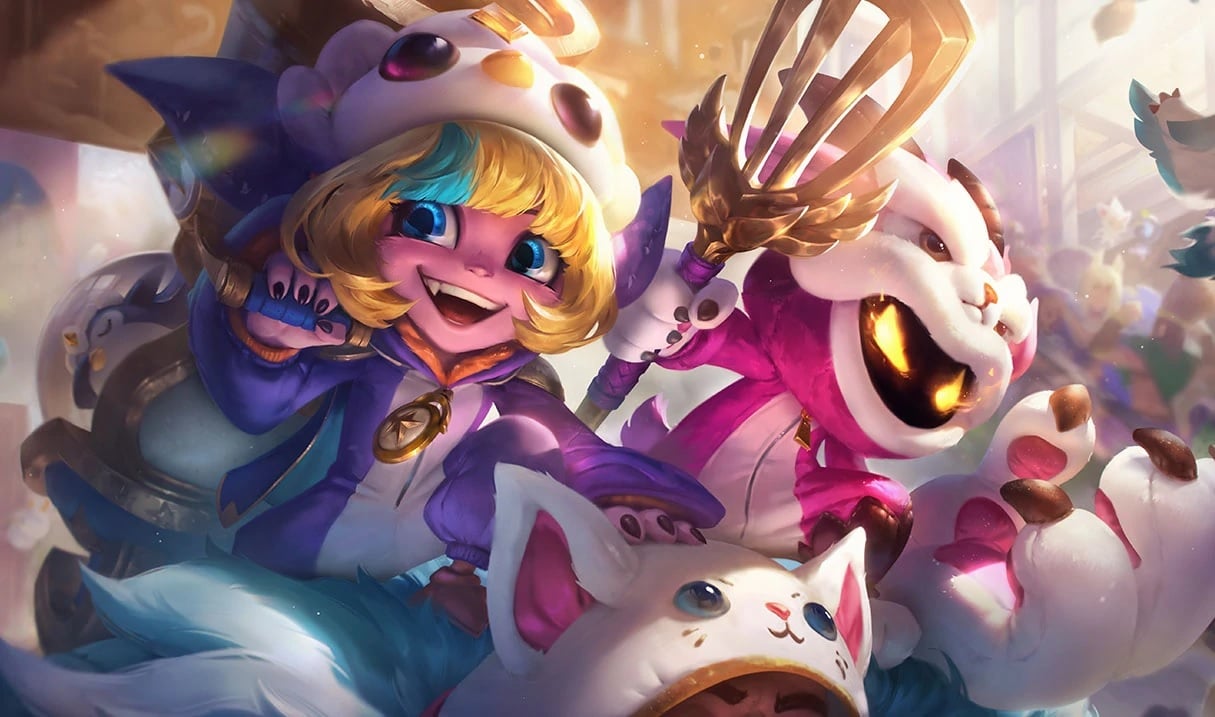 Teamfight Tactics Set Six Gizmos and Gadgets has been live on PBE servers for a couple of days now, and some of the more hidden details of the set are beginning to be discovered.

Perhaps the coolest of all the discoveries made so far is that The Tiny Master of Evil, Veigar, makes a surprise appearance in the newest TFT set as an unlisted secret unit.

Veigar is surprisingly hard to successfully pull off in-game considering just how high his base stats are, but when you do, the unit packs a serious punch.

How to acquire Veigar in Teamfight Tactics

The power that Veigar can offer your Yordle team composition comes at a pretty steep cost, and that cost will be exactly 108 gold worth of units. To acquire Veigar, you will need to three-star each and every Yordle in the trait line—Poppy, Ziggs, Tristana, Lulu, Vex and Heimerdinger.

The key to this re-roll comp is in the three-piece active trait bonus that your Yordles provide. After combat with a player, a random free Yordle appears on your bench and after three-starring a Yordle unit it can no longer be gifted to you. When your team is completely three-starred, there are no regular Yordles to be given, so the game rewards your commitment by offering up one Veigar to you per turn.

This means that Veigar cannot appear in the shop or on the carousel. You will need to commit yourself to this composition early on, and spend big.

How best to play a Veigar board

Veigar is the ultimate spellcaster of the Yordle comp, but requires a little bit of help with good items and positioning, since his trait doesn’t buff him like so many of the other carries in the set.

His ability, Furyhorn Storm, calls down 20/30/99 Furyhorns over a few seconds near random enemies, each dealing 250/275/777 magic damage. Despite being recently buffed on the PBE server, Veigar struggles to win late-game team fights due to his slow cast and the randomness of his ability.

Because of this, it’s recommended to build Blue Buff and Archangel’s Staff of Veigar, because the triple Tear helps him to cast early and often. On top of that, Veigar needs AP because he is virtually traitless other than the small boost that two Arcanists will give to him, so the third item for best in slot on Veigar is Rabadon’s Deathcap.

Riot will continue to playtest the new set on the PBE server for the next two weeks until the official launch of Gizmos and Gadgets that will take place on Nov. 3 via Patch 11.22.