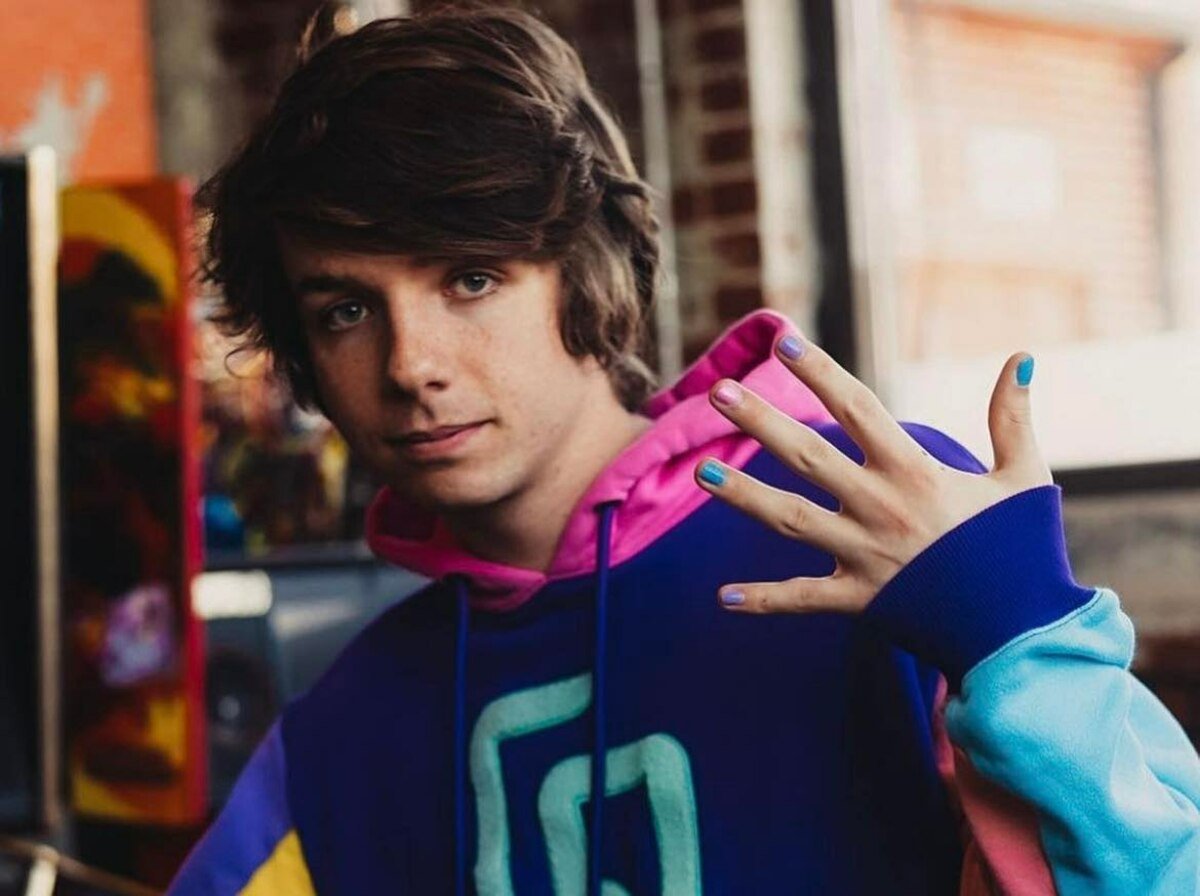 While he began by streaming Roblox quite frequently to a small audience, Jacobs is now mostly known for his MrBeast and Minecraft content. With over 3.5 million followers on Twitch, 3.7 million subscribers on YouTube, and four million followers on both his Instagram and Twitter accounts, Jacobs is a content aficionado across all platforms.

The streaming star’s road to fame began when he was five weeks away from fully finishing college and dropped out to join the MrBeast crew as an editor for MrBeast’s brother MrBro. Eventually, he moved to the MrBeast channel and rose from editor to cameraman, to now being one of the main on-screen personalities for the channel.

Through working behind the scenes, Jacobs learned what did and didn’t work and only did what he knew would make it through cuts.

Now, he can regularly be seen taking part in just about anything that goes on in relation to MrBeast. Jacobs is one of the key team members alongside MrBeast himself, Chandler Hallow, Chris Tyson, and Nolan Hansen.

A chance meeting where Jacobs filled in for Tyson on the MrBeast Gaming YouTube channel led to the star first meeting Dream and his eventual invitation to the exclusive Dream SMP Minecraft server. Jacobs and Dream clicked easily, and the duo are still extremely close friends.

Although his invitation to the Minecraft server came late in terms of how many big story aspects had already taken place, Jacobs quickly found his footing and is now widely praised for his unique take on lore within the server.

His lore is called ‘Tales From the SMP’ and is among the most well-known due to its inclusion of most of the Minecraft server members in each installment.

With a journey that began at Roblox, Jacobs is now a content expert and star in his own right boasting an always consistent plethora of successful projects occurring simultaneously.

Karl Jacobs, at a glance

What games does Karl Jacobs play?

Jacobs most streamed game according to TwitchTracker is Roblox, which goes back to how he began streaming in the first place. He has a total of 1,099 hours in this category.

Nowadays, the streaming star primarily plays Minecraft and this is also one of the aspects he is most known for. He is a member of the exclusive Dream SMP Minecraft server and creates some of the server’s most popular lore.

Outside of Roblox and Minecraft, Jacobs is regularly known for streaming a wide variety of games on both his main Twitch account as well as his alternate one. Some of his other top games across both channels include Jackbox Party Packs, Among Us, Fall Guys, and Gang Beasts.

What is Karl Jacobs’ streaming setup?

How much does Karl Jacobs make?

Due to the large and varying amount of projects Jacobs is constantly working on, calculating an accurate estimate of how much he makes is quite difficult and one can only get a very broad range based on the information that is known.

His uploading and streaming schedules are also highly sporadic, which further makes any accurate estimate quite difficult.

When he does stream, Jacobs averages around 13,800 viewers and has peaked with 263,353 during a Dream SMP lore installment called Tales From the SMP: The Pit.

His YouTube videos generally get between two million and seven million views.

Factoring his own individual content plus the content he makes on MrBeast as well as his highly fluctuating content creation schedule, Jacobs likely makes somewhere around $80,000 to $180,000 per month depending on what exactly he does during that month.

Where is Karl Jacobs from?

Jacobs has never officially stated where he was born but used to live in Portland, Oregon when he was attending college. He currently resides in Greenville, North Carolina where he regularly films for MrBeast.

Why is Karl Jacobs so popular?

Jacobs’ Dream SMP lore is regarded as one of the best due to how he incorporates everyone on the server within it. His lore series is called Tales from the SMP and features his canonical character, who is a time traveler, as he gets transported to various locations and numerous time periods throughout history. The nature of his lore allows for the other members of the server to play entirely new characters and for everyone to have a bit of fun whilst also still contributing to the larger Dream SMP storyline.

Each installment of Tales from the SMP is a one-off that takes place at the set time period and location for most of the episode before Jacobs’ character then is sent off alone to a unique realm, either The Other Side or The Inbetween, where he must make important decisions and discoveries to help save the entire Dream SMP.

Jacobs is also a cohost of the Banter podcast alongside GeorgeNotFound and Sapnap. The podcast was number one on Spotify for a period of time but fell down after they were inactive for a while. The trio hopes to reclaim that spot now that they are back to uploading consistently.

Banter has had all manner of special guest stars ranging from Minecraft stars like Dream and TommyInnit, to general streamers like Hasan and Sykkuno, to celebrities outside the realm of streaming like Mark Cuban and Josh Peck.

Jacobs also has quite an impressive network of friends and can regularly be seen streaming with or on other streamers’ channels. This includes creators like Dream, Valkyrae, GeorgeNotFound, Sykkuno, Sapnap, TinaKitten, Foolish Gamers, and Quackity.

Thanks to the wide variety of friends Jacobs has amassed, there is an ongoing joke within the streaming community that arises anytime there is a gaming lobby full of people from various communities. This joke is called a “Karl Jacobs Jackbox lobby” and references the many times Jacobs has played Jackbox with extremely unique group compositions. One example is the time Jacobs had a lobby with popular singer Glaive, Chandler Hallow from MrBeast, Minecrafters GeorgeNotFound and Sapnap, and general streamers Ludwig and TinaKitten.

Jacobs’s most popular Twitch clip is from the TwitchCon 2022 Amsterdam event and is titled “wicked.” During this clip, he is on a boat with many other stars like Pokimane, Hasan, and GeorgeNotFound.

The clip highlights the moment Will Neff, who is a streamer and member of 100 Thieves, grabs onto a bridge and lifts himself up out of the boat. The entire party erupts with chaos before Neff then descends back into the boat as soon as the group reaches the other side.

Although he is mostly known for his Minecraft content, Jacobs’ most popular video on his YouTube channel features the streaming star playing Among Us and is titled “I Pretended To Be AFK!” In this video, Jacobs has a highlight reel of imposter Among Us plays including one in which he pretends to be AFK while secretly eliminating the crewmates.

During the video, Jacobs plays with many other big creators, some of which include Corpse Husband, Lazarbeam, Valkyrae, TommyInnit, Toast, Jacksepticeye, and CouRage.

So, what’s next for Karl Jacobs?

Jacobs’ biggest project yet is in the works as the streaming star revealed some time ago that he has been working on an official comic book series. The series, which is called Time Traveler Tales, is inspired by his Dream SMP lore.

The tales within the series will be different from the occurrences on the Minecraft server, but his own character and fellow streamer friends are all at the core of what the comic book series is inspired by. He is working with Dark Horse Comics on the project and occasionally provides updates on how it’s progressing while streaming.

Although the last episode of Jacobs’ Tales from the SMP series occurred back in February, he has stated numerous times that this was only the first installment of the second season of Tales and that fans can expect to see more soon. It is likely that the streaming star is holding off for longer now that the entire Dream SMP has decided to conduct a world-altering event that will lead to a new era for a promising second season.

Jacobs has also consistently applied to be on his favorite television show Survivor. While he has yet to be chosen, he regularly brings up his desire to star on the show and hopes that he will eventually be given the opportunity to do so.

The streaming star previously created an official team, called Honk! Studios, and developed a Roblox game called Honk! This is a project he has said he plans to develop further, as the game is still in an early access state.

Fans can also expect the streaming star to continue to appear in MrBeast videos. Outside of all of this, it is likely Jacobs will also find some other new projects to work on as he has already briefly mentioned a possible nail polish line and that he is helping rapper Trippie Redd with a music video.