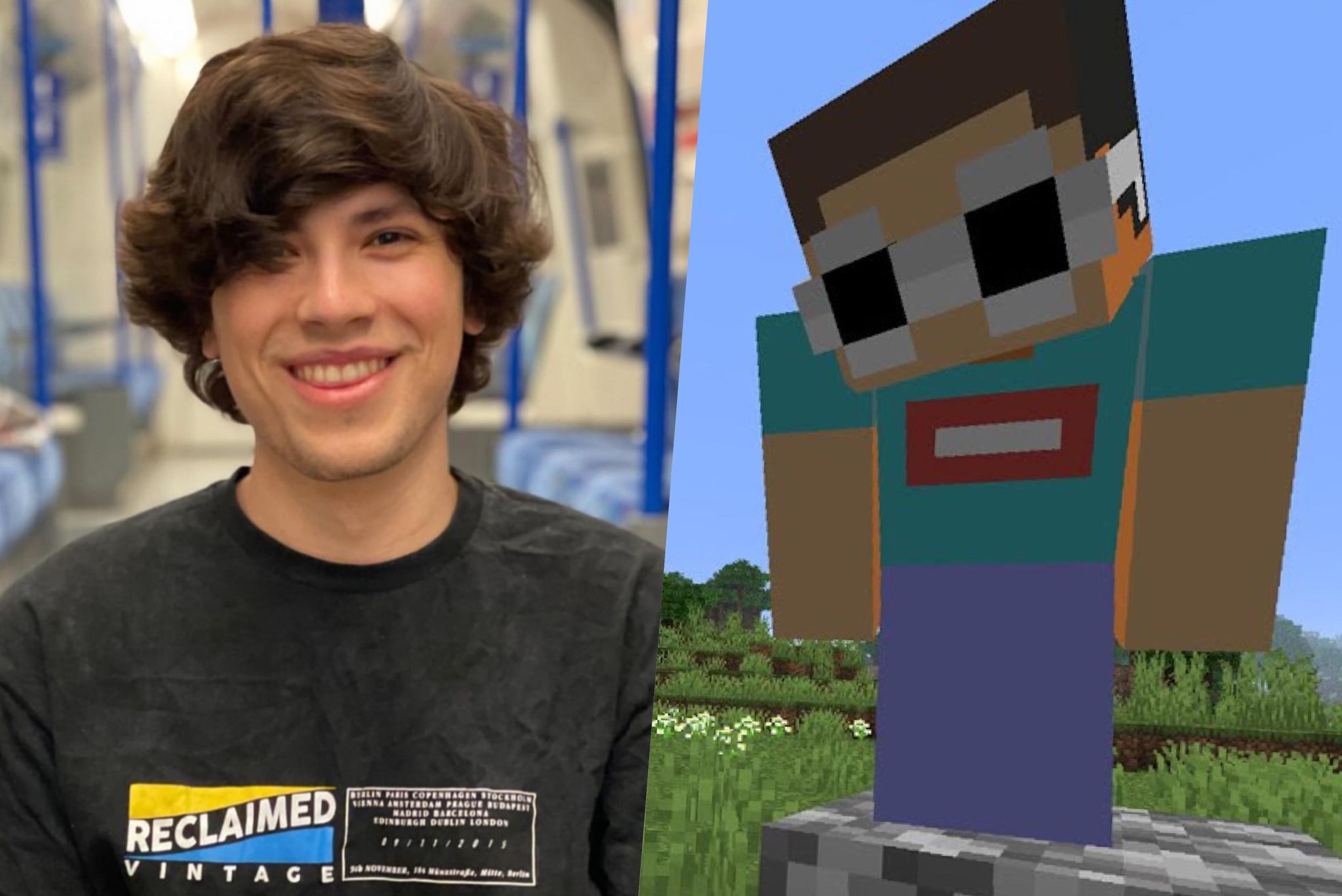 George “GeorgeNotFound” Davidson, also known as “Gogy” or “GNF,” is a popular Minecraft creator who rose to fame alongside fellow creator and close friend Dream. He is primarily known for his Minecraft videos which usually feature some form of a Minecraft challenge.

GeorgeNotFound has been on and off of YouTube since 2013 but started consistently uploading in 2019. The Minecraft star has over 10 million subscribers on YouTube and 4.8 million followers on Twitch.

He uploads and streams semi-regularly, but does not have a consistent schedule.

Viewers can always count on a GeorgeNotFound stream during the MC Championships. The Minecraft tournament occurs monthly and GeorgeNotFound is a regular participant who has competed in 17 of the 26 MCC events as of July 2022.

He is also the co-founder of the popular Dream SMP Minecraft server. GeorgeNotFound and Dream started the server in 2020 and it has since evolved into a roleplay-centric server where the creators involved tell stories and interact as characters in a manner that is similar to if they were actors on a television show.

GeorgeNotFound, at a glance

What games does GeorgeNotFound play?

The Minecraft star does not stream very often and has just over 292 hours in the Minecraft category according to TwitchTracker. This is his highest category on both of his Twitch accounts as he generally sticks to playing Minecraft.

GeorgeNotFound sometimes plays other games like CS:GO, Fortnite, Genshin Impact, and GeoGuessr. He can also be seen on other streamer’s channels both in voice chat just chatting and while playing group games like Among Us, Gang Beasts, or Jackbox.

What is GeorgeNotFound’s streaming setup?

How much does GeorgeNotFound make?

The Minecraft star is not consistent on any one platform and thus his earnings are somewhat difficult to precisely measure. The majority of his revenue probably comes from YouTube but a decent amount likely comes from his Twitch streams through subscriptions and donations as well.

GeorgeNotFound’s YouTube videos receive anywhere from one to 40 million views. On average, he receives about 10 to 25 million views per video but this number fluctuates quite a bit. Based on these numbers and the fact that YouTubers make about a few dollars per every thousand views, it is estimated that the creator makes somewhere around $30,000 to $80,000 per month from YouTube.

His viewer count on Twitch generally ranges from 40,000 to 60,000 thousand but he also consistently peaks at higher numbers like 100,000, especially on days like when the MC Championship tournament occurs. He currently has about 2,000 subscriptions on Twitch but has had a maximum of about 22,00 before and these numbers fluctuate drastically with his streaming schedule.

Considering all of these statistics combined, GeorgeNotFound’s net worth is likely somewhere around $1.6 to $2 million. In general, he likely makes about $75,000 to $115,000 per month depending on how active he is during that month.

Where is GeorgeNotFound from?

GeorgeNotFound was born and raised in London, England. He is currently still residing there, although the Minecraft star plans to move to America once his Visa is approved. His plan is to move into “The Dream Team house” in Orlando, Florida alongside fellow creators Dream and Sapnap.

Why is GeorgeNotFound so popular?

GeorgeNotFound’s YouTube videos are his primary source of popularity. The Minecraft creator’s videos regularly feature him alongside his friends, usually the rest of the Dream Team which includes Dream and Sapnap, as they face some variation of a Minecraft challenge. One of his most popular series is the “Minecraft, But My Friend is My Pet” series where Dream is turned into a Minecraft mob and the duo tries to beat the game while also keeping Dream alive.

He was also the very first hunter in Dream’s Minecraft Manhunt series and has remained a hunter throughout the entire duration of the series. The creator is known for starring in his friend’s videos, including Dream, Sapnap, Quackity, Karl Jacobs, and BadBoyHalo.

Of all the creators and characters on the Dream SMP Minecraft server, GeorgeNotFound’s characters story is one of the most talked-about due to its unique nature. His character canonically sleeps all the time and the line between what is real and what is not is heavily blurred by the lore GeorgeNotFound has provided through his character.

GeorgeNotFound will regularly have a series of chaotic events happen only to then wake up from them like they never happened. A prime example that left the community shocked was when the Minecraft star destroyed the entire Dream SMP server only to wake up at the end and reveal that it was all, once again, just in his characters’ dreams.

GeorgeNotFound’s most popular video is “Minecraft, But I’m Not Colorblind Anymore…” which boasts over 40 million views. In this video, the colorblind creator wears special glasses that allow him to see colors as they usually appear for the first time ever. Dream also appears in this video.

So what’s next for GeorgeNotFound?

The Minecraft star is currently waiting for his visa so that he can move to America. GeorgeNotFound plans to move into “The Dream Team house” alongside fellow creators Dream and Sapnap and creator content that is centric to the trio’s lives. GeorgeNotFound has already created a vlog channel that he plans to use to highlight the Dream Team as they are finally able to live and embark on various adventures together.