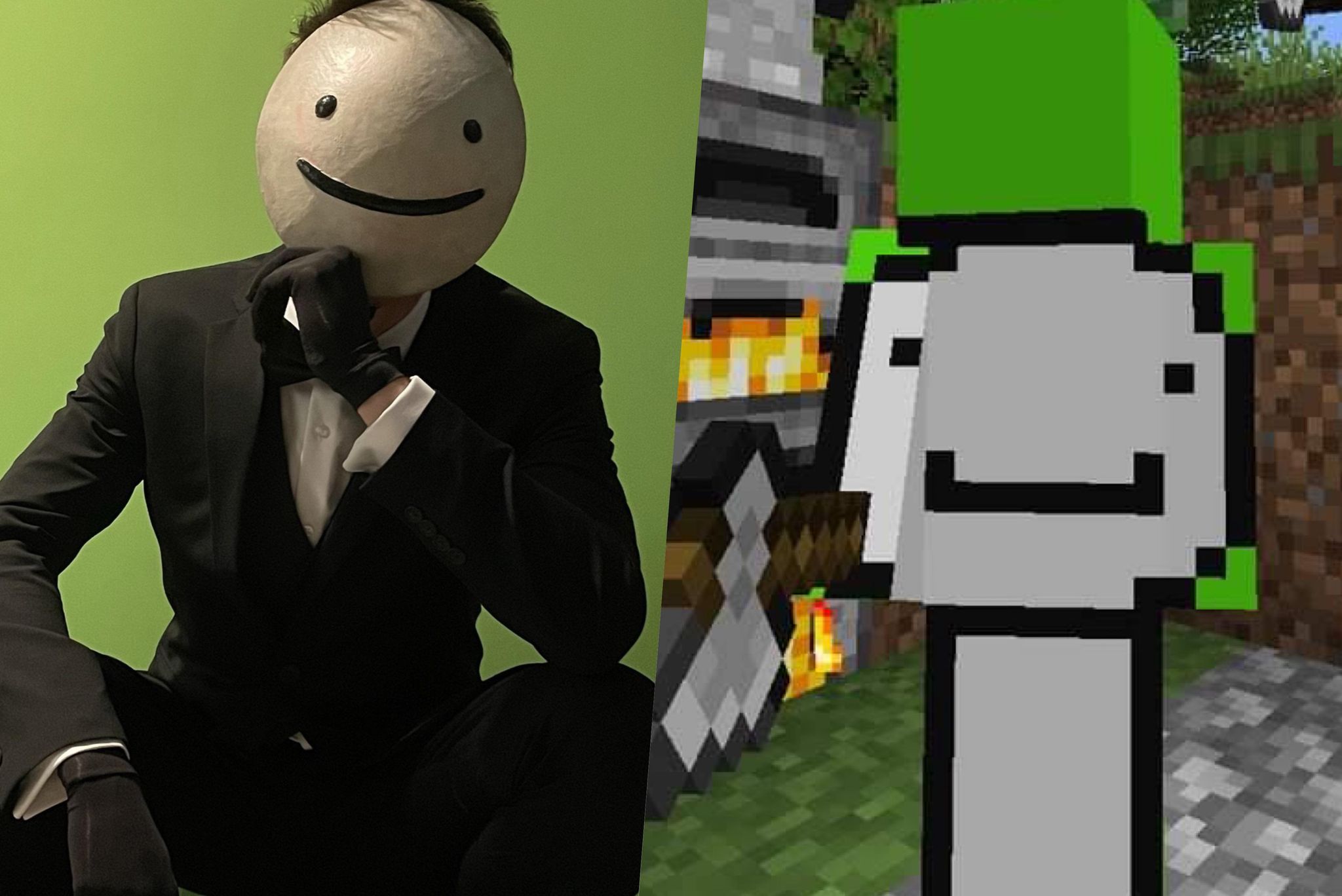 Clay “Dream,” also known as Dreamwastaken, is one of the biggest names in the Minecraft community and is generally regarded as Minecraft’s biggest creator. The faceless creator revolutionized Minecraft, created one of the most successful video series around Minecraft on YouTube, and is the founder of the popular Dream SMP Minecraft server.

Dream boasts over 29 million subscribers on YouTube, which is his primary platform. The Minecraft star also streams on Twitch occasionally, where he has six million followers.

He has also stepped into the world of singing with three hit songs. “Roadtrip,” his debut single, boasts over 97 million plays on Spotify. “Mask” has over 69 million plays and his collaboration with Alec Benjamin titled “Change My Clothes” has over 51 million plays.

Dream, at a glance

What games does Dream play?

Unsurprisingly, TwitchTracker confirms that the popular creator usually sticks to playing Minecraft. Dream does not stream consistently and has just over 170 hours in the Minecraft category on Twitch. The only consistency in Dream’s streaming schedule is that he will stream the MC Championships when he is participating in the popular Minecraft tournament, which usually occurs monthly.

Dream’s content is more consistent on his YouTube channel, where he creates challenge and survival-based Minecraft videos. His most successful series and the one that bolstered his rise to fame is Minecraft Manhunt, which boasts millions of views. Minecraft Manhunt features Dream attempting to beat the game by defeating the Ender Dragon before his friends are able to kill him.

The Minecraft star also plays on the Dream SMP server, which is a Minecraft server through which the participants roleplay and tell their own individual stories that all intertwine. Dream’s main character on the server is the primary villain in the overarching story but he also occasionally plays other characters, such as DreamXD, who is the god of the server.

He also sometimes plays other games on stream, such as GeoGuessr. Dream can more consistently be found in voice chat on his friend’s streams, especially those of GeorgeNotFound, Sapnap, Karl Jacobs, and Quackity, either just chatting or playing group games like Jackbox, Gang Beasts, or Among Us.

What is Dream’s streaming setup?

In preparation for GeorgeNotFound’s move to America, Dream and Sapnap recently moved to what they call “The Dream Team house” and briefly mentioned that they were planning on getting new setups. Thus, this information may be from Dream’s old setup but will be updated if and when the creator reveals his new one. This information about Dream’s streaming setup is taken from the about section on Dream’s official Twitch page, where he has his setup provided with links.

How much does Dream make?

Considering how inconsistent the Minecraft star’s streaming schedule is, most of Dream’s income comes from his YouTube content. YouTube channels generally make a few dollars per every thousand views and Dream’s video views range from about 1.8 million at the lowest to 113 million at the highest. On average, the streamer gets approximately 30 million views per video.

This means that Dream’s net worth is likely somewhere between the $6 and $10 million range. His inconsistent upload schedule makes it hard to know for sure, but the Minecraft creator is certainly making an impressive amount of money. Revenue from when he does stream on Twitch as well as subscriptions, donations, advertisements, and sponsors are other factors that make the exact number difficult to pin down.

Where is Dream from?

The Minecraft creator currently lives in Orlando, Florida with his friend and fellow streamer Sapnap. Based on the information Dream has provided over the years, it is believed that he has lived in Florida his whole life. The duo recently moved houses to accommodate for GeorgeNotFound, who is planning to move to America in 2022 once his visa is approved.

Why is Dream so popular?

Dream is popular due to his impressive Minecraft skillset and his creativity with the videos and streams he puts out. He streams on Twitch and creates content on his YouTube channel.

Another aspect of Minecraft that contributes to the creator’s popularity is the Dream SMP Minecraft server, which is a platform Dream created in 2020 with GeorgeNotFound. The platform revolutionized Minecraft content and is widely regarded for its rich storytelling, consistent humor, and engaging characters.

Dream has also previously completed impressive Minecraft speedruns in which he beat the game as fast as he could. But a cheating controversy that the creator has repeatedly said was an unintentional accident ultimately pushed him out of the community.

The Minecraft star’s most popular video is “Minecraft Speedrunner VS 3 Hunters GRAND FINALE,” which has over 110 million views. This video is the fifth and final one in the three hunters series that features fellow Minecraft creators GeorgeNotFound, Sapnap, and BadBoyHalo.

So what’s next for Dream?

Dream’s future plans include continuing to create Minecraft content but also broadening his creative scope by creating new types of content with his friends. He has been planning a face reveal for years and it’s currently set to occur sometime in 2022. The creator is waiting for his friend and fellow streamer GeorgeNotFound to have his visa approved to move to America.

Once GeorgeNotFound is able to move to America, Dream will finally do a face reveal and the Dream Team, which consists of Dream, Sapnap, and GeorgeNotFound, plans to do more real-life content together. The group already has plans to do another Minecraft Manhunt where they simulate the Minecraft series in a real forest. Additionally, Dream has said that Sapnap and GeorgeNotFound are planning to create vlogs that Dream will appear in and the group plans to travel so that they can meet up with other creators and explore the world together.