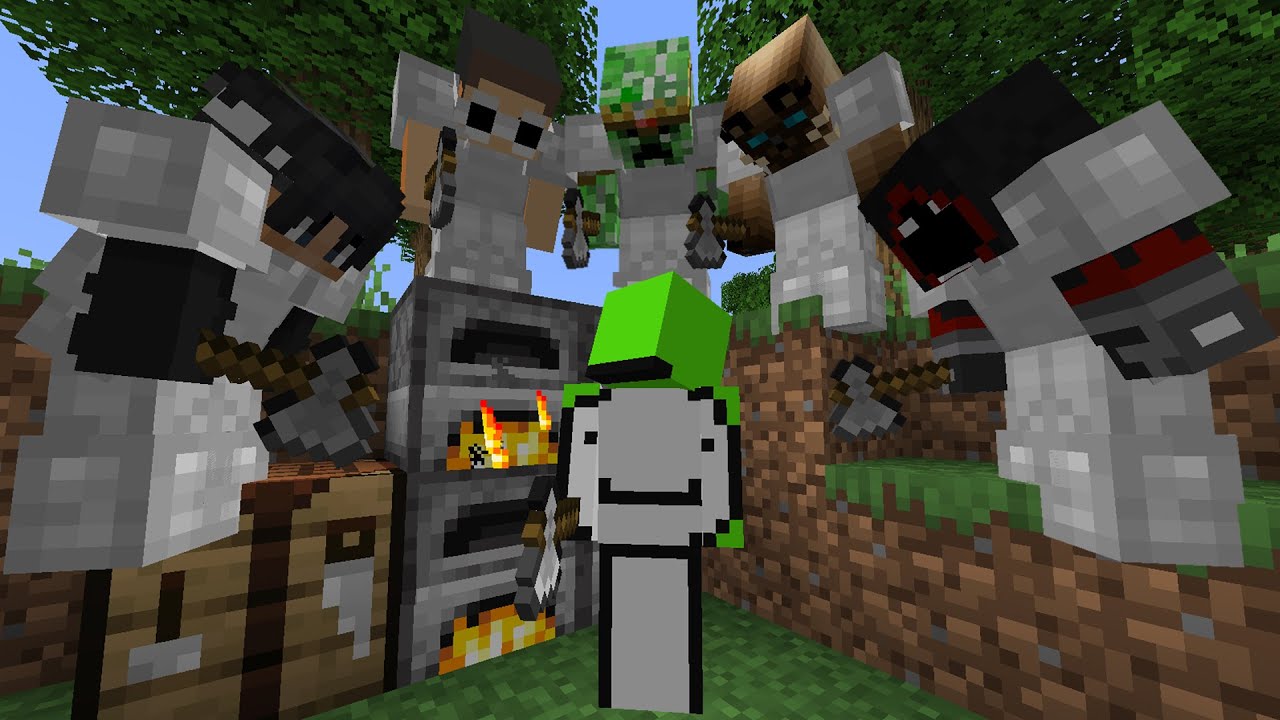 Dream is an American YouTuber, Twitch streamer, and content creator, mainly recognized for his Minecraft content. In particular, Dream is known for his popularization of Minecraft Manhunt—a game mode that puts a twist on traditional Minecraft speedrunning—and involvement in the Dream SMP. The creator has attracted such a considerable following that he was nominated for the Game Awards’ Content Creator of the Year in 2021. Naturally, fans of the secretive Minecraft superstar (his appearance and identity are unknown) are keen on learning how much dough he rakes in.

Popularized by Dream, Minecraft Manhunt is a concept where a speedrunner attempts to defeat the Ender Dragon (beat the game), while one or more hunters try to kill the speedrunner. The series has amassed millions of views, easily becoming some of Dream’s most popular videos on his channel.

The Dream SMP (formerly known as the Dream Team SMP), is a private, whitelisted survival multiplayer (SMP) Minecraft server played on by the Dream Team and their friends (Dream, GeorgeNotFound, Sapnap, BadBoyHalo, KarlJacobs). Getting an invite to the Dream SMP is about as big of a deal in Minecraft as you can get. It is renowned for being a roleplay-themed server with a mostly spur-of-the-moment plot and a long history of alliances, wars, factions, eras, and characters.

Given his impressive viewing numbers, there’s one question on everyone’s mind: How much money does Dream make? The YouTuber certainly doesn’t boast about his finances, but making an educated forecast is very much possible given the volume of viewership he amasses.

Taking a dive into Dream’s income sources, there are a few core ones to consider: YouTube and Twitch ad revenue, subscribers, and donations make up the core contenders. When tallying up those sources, an estimate of Dream’s net worth could lie anywhere between the $6 to $10 million dollar range. That figure is primarily generated from realizing Dream’s Youtube views per day and per month, which equals over one million and 30 million respectively.

On average, YouTube channels earn a few dollars per every 1,000 views.

When factoring in Dream’s daily and monthly viewership, total revenue certainly adds up, and quite quickly too. It pays to be a successful Minecraft content creator.