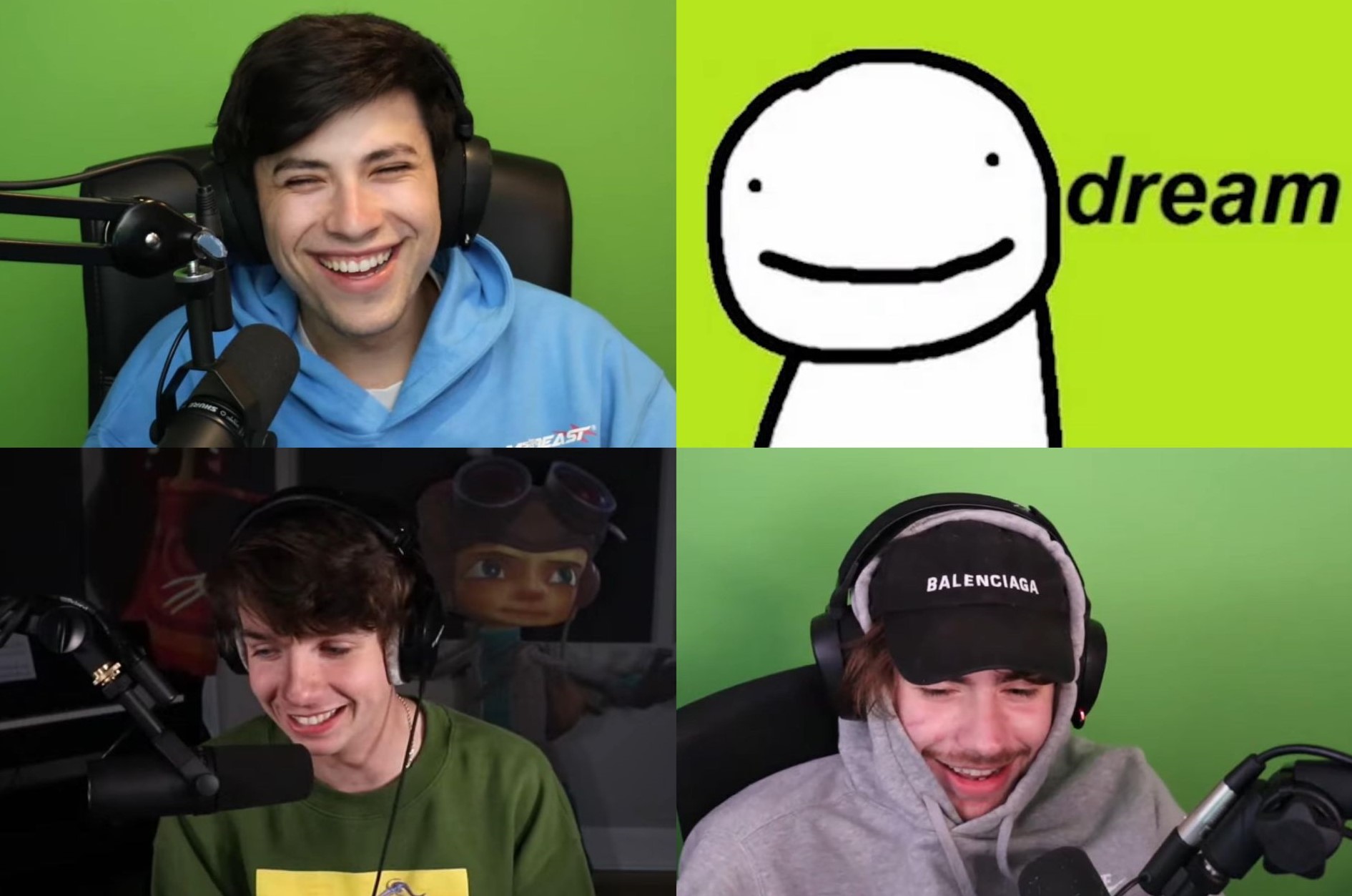 Images via BANTER on YouTube | Remix by Kacee Fay

During the latest installment of the Banter podcast, co-hosts GeorgeNotFound, Sapnap, and Karl Jacobs were joined by Minecraft star Dream. The group discussed many topics, among which was the Dream SMP Minecraft server, of which they are all members.

After reflecting on the past of the Dream SMP, Jacobs pushed for the group to talk about what is to come in the future. Although Dream previously teased that something massive is coming to change the Dream SMP forever, no further details had been given following this reveal until now.

“There’s gonna be a season two,” Dream started off by reiterating before officially revealing that the next events for the server should begin this month.

Related: ‘Anyone can be Dream’: Minecraft star discusses the importance of being faceless

The Minecraft star was purposefully vague because he didn’t want to give too much away, although Jacobs pushed to get more information and mentioned a new set of “rules” and general “rule changes” that the server will operate by.

“Those are some of the most exciting parts to me,” Jacobs said in regard to the mysterious new rules that will be implemented when season two begins.

While still wary of revealing more and giving away too much too soon, Dream did confirm that as part of the new rules, there will be “activity requirements” for all creators who are part of the server. This has been a common feature for other SMPs to ensure that they stay active, the server stays fresh, and that creators regularly create new content.

Dream also expressed that these requirements will even apply to him, which is especially interesting considering that fans of the Dream SMP have never seen his canonical character’s point of view before outside of one small YouTube video he made. His character is the primary antagonist of the server, but this could drastically change depending on what the big event coming to the server is.

“I think a lot of the fun of it was just, I know this sounds stupid, people being on it,” Jacobs said in regard to what the Minecraft server used to be and what he believes the upcoming changes will bring back.

“I think there’s something very special to that,” Jacobs added. “So many viewers really enjoy that and I think that’s something that, as of late, has kind of been missing.”

The Dream SMP was once a bustling server with so many streamers on at once that any of the creators could just hop on and figure out what to do from there. They could, as GeorgeNotFound put it, “just get on and mess around with people” without too much worrying or analyzing about how their actions could affect the canonical lore of the server.

“Back in the day, like, I would literally just go live, hop on the server, and then I would figure out what was going on,” Sapnap agreed. “And I would just be doing, like, anything.”

The Minecraft server has been less active for some time now, with many fans even worrying it was over for good. While the members of the server have definitively confirmed this is not the case, they have also expressed that the server becoming too lore-fixated has put pressure on all of them and led to everyone being less active.

What began as a very improvisational and spur-of-the-moment-based Minecraft server slowly developed into the more rigid roleplaying-centric server it is known as today. At some point, the creators lost the delicate balance they had between the two and began to experience burnout. But with season two, they hope to find that balance once more.

“That’s why I think I’m really excited for season two,” Jacobs said. “I think there’s gonna be a lot more of that while also having really cool storylines.”

Jacobs also revealed that most of the Dream SMP creators are hard at work on their “respective storylines” and most of them are also working together “to make sure that season two starts off with a bang.”

Season two of the Dream SMP Minecraft server should start sometime in August, but the creators have also added that if it doesn’t, things should definitely get moving sometime before the end of the year. Most creators involved have also expressed their excitement on Twitter or while livestreaming, so fans can expect to see all members of the server involved when things officially begin.