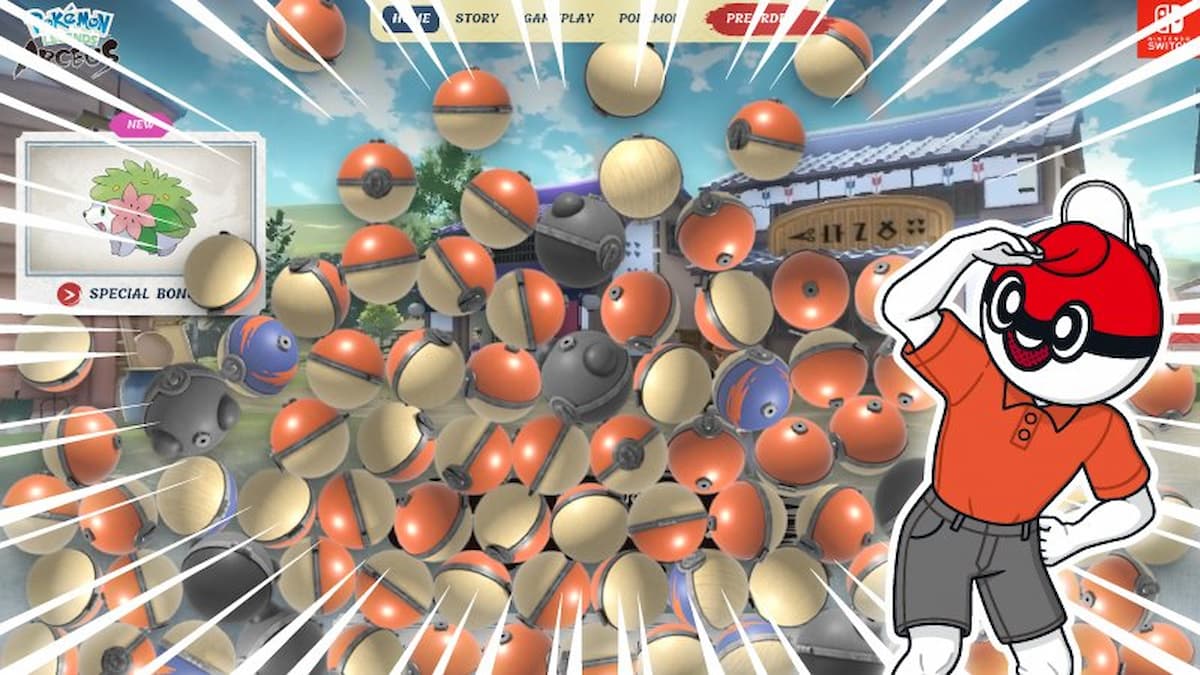 The hype cycle for Pokémon Legends: Arceus is picking back up, with The Pokémon Company using everyone’s favorite mascot from the Galar region, Ball Guy, to tease a new reveal.

Ball Guy has taken over the official Pokémon Twitter to ask for help picking up some very distinct-looking Poké Balls that he has dropped, which fans have already pointed out tease a reveal for a new regional form—Hisuian Voltorb.

As soon as you open up the Legends: Arceus page on the Pokémon website, the entire screen will slowly be obscured with different types of Poké Balls. These Poké Balls are the ancient versions shown to be used in the Hisui region, with a grey variant along with two that look like primitive versions of the classic Poké Ball and Great Ball.

While helping Ball Guy pick up his dropped items, which is done by clicking the Poké Balls on the screen, players can accidentally stumble across a very obvious easter egg.

Among the dozens of Poké Balls on the screen, there are several of the red and white versions that will trigger an explosion when clicked on. This replicates the hidden nature of Voltorb and Electrode, which are known to be disguised as Poké Balls in the overworld and frequently use moves like Self-Destruct and Explode.

A Hisuian variant of Voltorb and Electrode has been teased in multiple leaks over the last several months, but this is the first soft confirmation we have that these Pokémon actually exist and will be shown off shortly—in a similar fashion to how Sirfetch’d was revealed for Sword and Shield.

We will have to wait for Ball Guy to get his mess cleaned up, but it looks like new reveals for Legends: Arceus will be dropping more frequently as we approach the game’s Jan. 28 release.