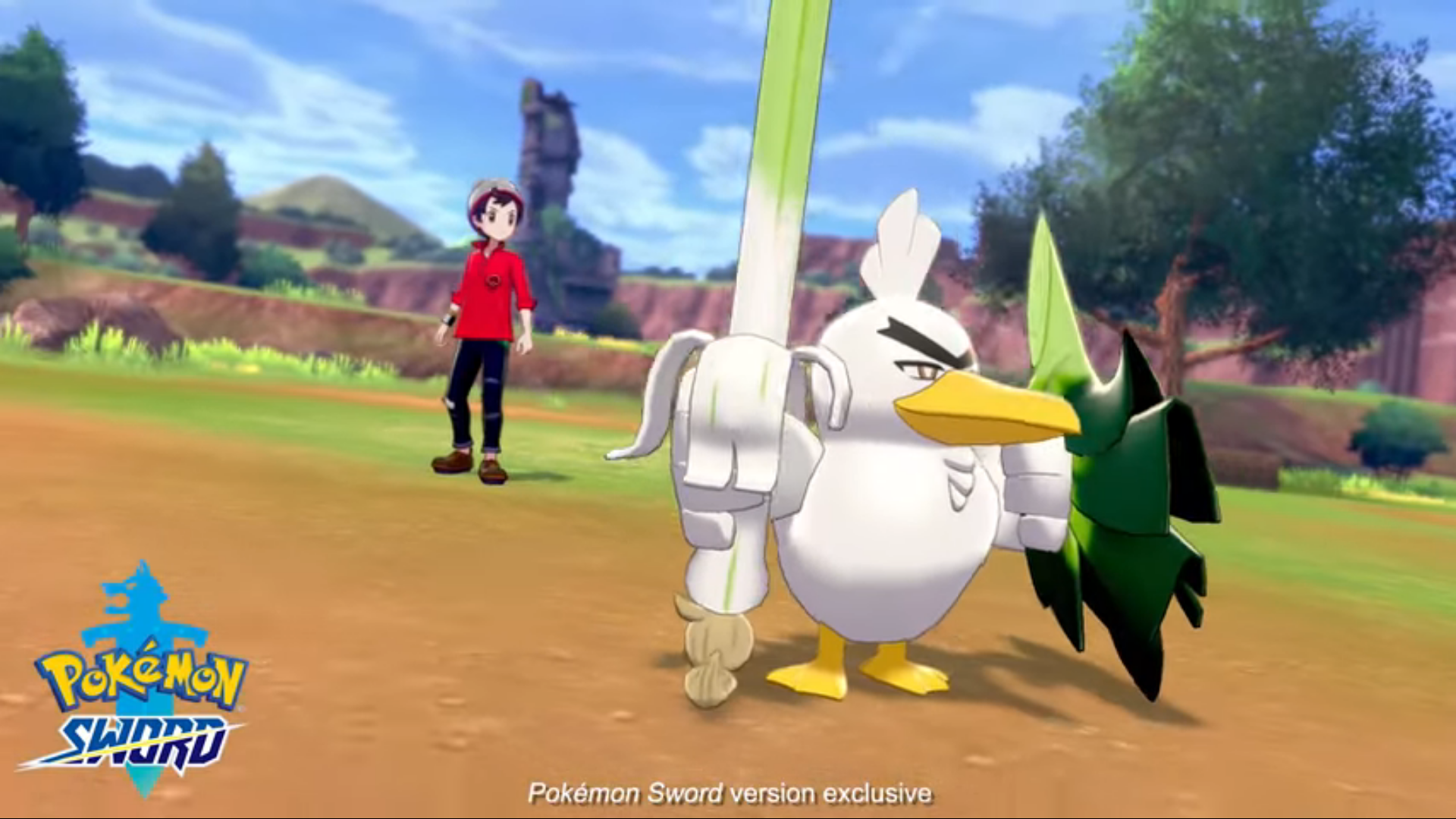 Pokémon Sword and Shield had already confirmed that Galarian forms of older Pokémon were going to be added to the game along with completely new creatures. And now, Sirfetch’d has been officially revealed as an exclusive Pokémon in Pokémon Sword.

Just a few days ago, Pokémon‘s official Twitter account linked to a glitched image on its website that was hinting at a new creature by showing limited information. And a new trailer confirmed many predictions about this Fighting-type evolution of Farfetch’d.

Since Sirfetch’d is exclusive to Pokémon Sword, it likely means an equally interesting exclusive for Shield could being added in the future. It’s also unclear how Farfetch’d evolves into Sirfetch’d, but it might have something to do with unique battle conditions.

The full flavor text for this new Pokémon’s Pokédex entry has filled in the blanks that were left when the page was initially teased. And the definition is pretty spot on to what fans predicted it would be.

“Only Farfetch’d that have survived many battles can attain this evolution,” the Pokédex entry reads. “When this Pokémon’s leek withers, it will retire from combat.”

Sirfetch’d has a new exclusive move called Meteor Assault. It’s a physical attack where Sirfetch’d charges with its leek lance to deal great damage, but it’ll need to recharge on the next turn, similar to Giga Impact.

Apparently there’s a big rivalry in Galar between Sirfetch’d and another knight-inspired Pokémon, Escavalier, since a reference is made to a famous painting depicting the two battling.

Farfetch’d was never a particularly strong Pokémon, so this new form should give it a real chance to shine when Pokémon Sword and Shield release worldwide on Nov. 15.