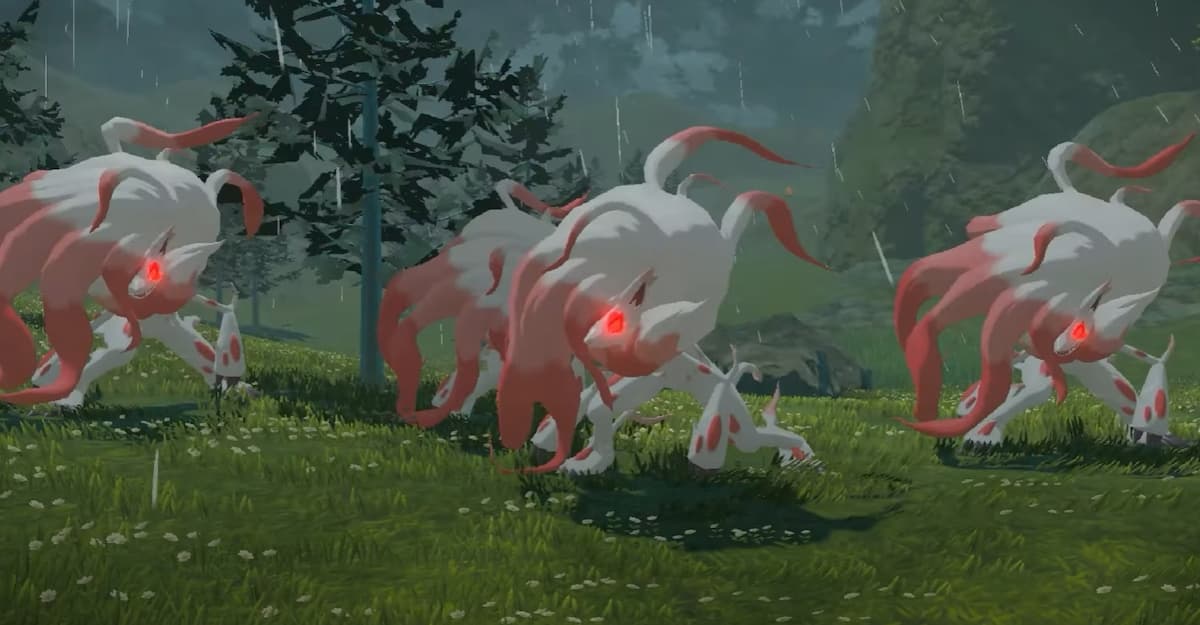 As part of Pokémon Legends: Arceus’ free Daybreak update, a new gameplay mechanic has been added to the game that challenges players to tackle Massive Mass Outbreaks.

These are iterations of the game’s pre-existing Mass Outbreak mechanic, which are special events where a specific species of Pokémon will appear more frequently for a set period of time.

Unlike the regular version of the encounter method, Massive Mass Outbreaks involve multiple outbreaks happening at once and don’t necessarily take into account the ecosystem a species of Pokémon is native to. This means players will see more than a handful of icons on their map that each designate a different species spawning as part of the Massive Mass Outbreak.

And, since the only requirement to unlock Massive Mass Outbreaks is to finish Legends: Arceus’ main story, here is everything you need to know about the game’s newest encounter mechanic.

How do you know a Massive Mass Outbreak has spawned?

Just like with normal Mass Outbreaks, the Security Corps NPC who sees you off on your expeditions from Jubilife Village is the key to this mechanic.

Each time you head to the village’s exit to go explore the wilds of Hisui, this NPC will note that a Mass Outbreak has been spotted. Then, once you open up the map, you will see exactly which areas have a Mass Outbreak currently active inside, which are typically denoted by a small icon of the Pokémon that is swarming the location.

Massive Mass Outbreaks add several new elements to the previously simple mechanic, including types of outbreaks that will give players different rewards or challenges to complete. All of this is also timed, with the Massive Mass Outbreaks dissipating after a certain amount of time has passed.

The two main types of Massive Mass Outbreaks are marked on your map once you have investigated the area, with certain species of Pokémon showing a slight sparkle mark over their icon. Originally, some fans thought this might mean a Pokémon in that outbreak was guaranteed to be Shiny; however, that has since been debunked and the icon is simply used to tell players that the outbreak is a Special Outbreak.

These Special Outbreaks have added encounter incentives, meaning that if you clear them, they will immediately spawn a second Mass Outbreak in the same area. This is tied to a species’ evolutionary line, so if you see a Special Outbreak of Hisuian Zorua and clear it, an outbreak of Hisuian Zoroark will begin after that. This could potentially lead to Alpha Pokémon or other rare species appearing depending on how you react to them.

Related: What are the Massive Mass Outbreak Shiny odds in Pokémon Legends: Arceus?

Additionally, a new Berry has been added to the game called the Aguav Berry, which is used to assist players with Massive Mass Outbreaks.

Whenever a Massive Mass Outbreak spawns, Mai and her Munchlax will also appear at your Base Camp. By feeding Munchlax an Aguav Berry, it will instantly uncover all of the Mass Outbreaks, showing you exactly which Pokémon are there and if they have a special mark next to their icons.

Not only does this save you time with investigating all of the species appearing in the outbreaks, but it also lets you prioritize the Pokémon you want to encounter.

A second mark can also appear next to each outbreak, this time shaped like an Aguav Berry. If this mark is next to a Pokémon, it means you can collect Aguav Berries at this outbreak location, which is one of the few ways you can grab them in the game.

With this info, you should be set to investigate the Massive Mass Outbreaks and all of the new quests that come with them.