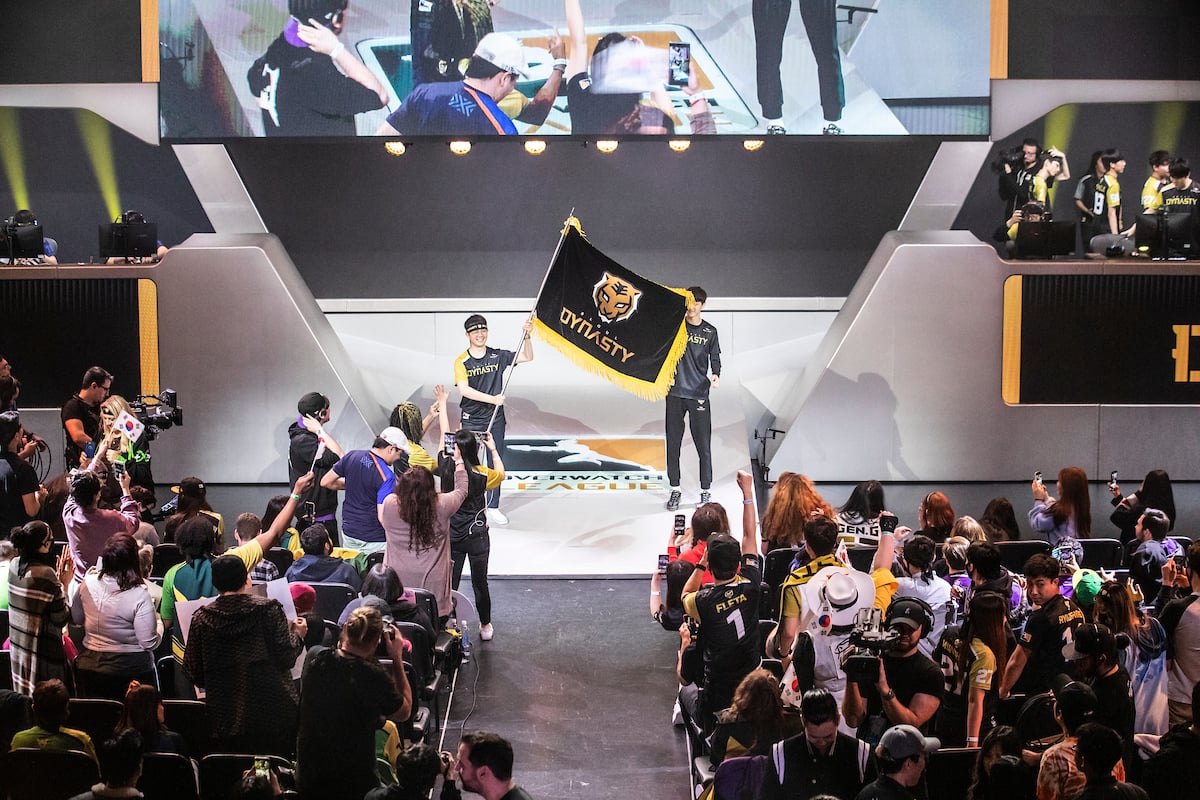 After weeks of playoff competition, the Overwatch League Grand Finals bracket is set in stone. Yesterday, the San Francisco Shock and Shanghai Dragons locked in their spots for this year’s ultimate showdown, which will take place from Oct. 8 to Oct. 10 in South Korea.

Both regions of competition, North America and Asia, had their loser’s bracket finals today. For all teams participating, these games were a do-or-die showdown. The victor of each match would join the top seeds in the Grand Finals bracket and the losers would be sent home, just one step away from a shot at the 2020 trophy.

Much like the Washington Justice in the North American bracket, the Seoul Dynasty opted to fully commit to the powerful Roadhog and Zarya composition. The New York Excelsior experimented with hero swaps and creative strategies to outsmart the new meta, but they fell short in yet another playoff season.

Seoul has put infinite faith into tank duo Hong “Gesture” Jae-hee and Hwang “Marve1” Min-seo, trusting them to make the damage-heavy Zarya and Roadhog composition work. The duo is often pocketed by talented healers, including flex support Kim “Creative” Young-wan, who had an outstanding game.

The Excelsior attempted to stop the massacre with inventive hero switches, putting Kim “Haksal” Hyo-jong on Sombra and Kim “Mano” Dong-gyu on Winston. Both were stopped at every opportunity by Graviton Surges, Roadhog hooks, and hacks from the opposing Sombra. Despite the Excelsior’s impressive season, they weren’t able to find an answer when it mattered.

The 2020 season may have ended for the NYXL, but the Seoul Dynasty will move on to the Grand Finals bracket where they’ll face the San Francisco Shock.

No team has had a more surprising postseason run than the Washington Justice. The 12th seed team battled through elimination games before rolling through the loser’s bracket with a devastating tank-heavy composition. The Philadelphia Fusion is the first team to crack the code and find actual solutions to the Justice’s nearly-impenetrable front line.

First map Lijiang Tower quickly went the way of the Fusion thanks to clutch “boops” by main support Daniel “FunnyAstro” Hathaway, but the Justice still made it a close map with their usual Roadhog and Zarya setup. By second map King’s Row, the Fusion began forcing the Justice to switch off of their tried-and-true composition. MVP candidate Lee “Carpe” Jae-hyeok locked his signature Widowmaker and stopped the Justice’s attacks.

On final map Volskaya Industries, Justice DPS Lee “TTuba” Ho-sung brought out his devastating Pharah to defend the point against the Fusion. Unfortunately for the Justice, Fusion DPS Lee “Ivy” Seung-hyun was warmed up on Hanzo and backed up by Kim “Alarm” Kyeong-bo’s Zenyatta volleys. As TTuba was taken out of the sky, the Justice’s attacks faltered.

The Fusion move on to the Grand Finals bracket and will face the Shanghai Dragons while Washington ends their miracle playoff run.

The 2020 Overwatch League Grand Finals bracket begins on Oct. 8 and runs through Oct. 10. Two North American teams, the Philadelphia Fusion and San Francisco Shock, will travel to South Korea and quarantine for two weeks. After that period, they will face the Shanghai Dragons and Seoul Dynasty in a double-elimination bracket to decide the season’s ultimate champion.