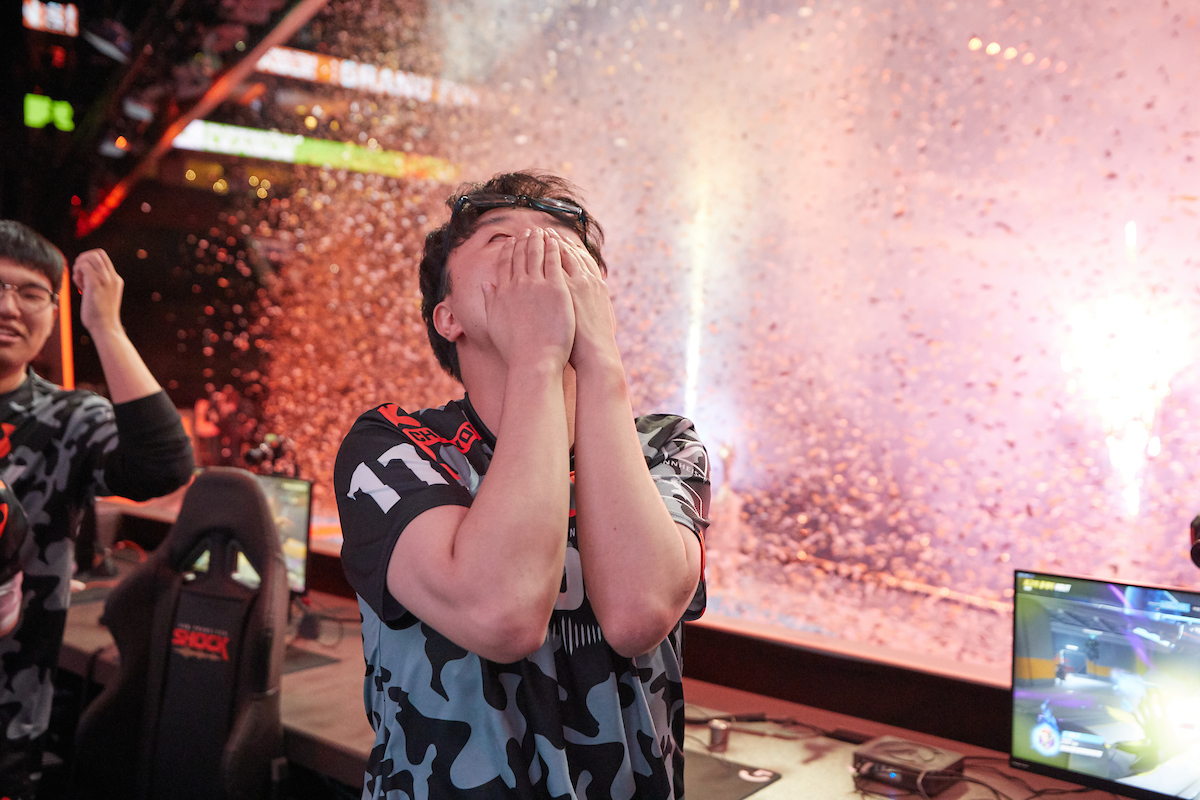 Overwatch League fans now have a solid date for the 2020 Grand Finals festivities.

The Grand Finals will take place from Oct. 8 to 10 in Asia, most likely South Korea, the league announced today. Two teams from each region will participate in a double-elimination bracket to crown this season’s ultimate champion. Two regions of All-Stars games will also take place in late September and early October.

The Overwatch League postseason is set to begin on Sept. 3, when all teams will compete in regional brackets to determine the two best teams in each region (North America and Asia). Two North American teams will travel to Asia and complete the quarantine process before competing in the Grand Finals bracket.

This is the first time an Overwatch League Grand Finals has included a double-elimination bracket for the season’s finale, likely to give fans more chances to watch their favorite teams compete. On Oct. 8, the top-seeded teams from both North America and Asia will face off for the first time this season, something fans have eagerly been anticipating.

Winning the Overwatch League championship comes with many bragging rights, but it also comes with some serious monetary rewards. The winning team will bring home $1.5 million and a championship trophy, while the runner-up takes home $750,000.

Like all events in the COVID-19 era, the Overwatch League Grand Finals could quickly become unsafe. The league said that in the event travel becomes unsafe for any team, the championship will be split into two regional events. The top two seeds in each region will play an extended series and two champions will be crowned, one in North America and one in Asia.

It’s not all doom and gloom this season: the All-Stars event lives on for another year. The league announced that All-Stars will be split into two regions and take place before the Grand Finals begin. Fans will still get to see their favorite players and talent members play some fun, wild games.

Games may be substituted or added, but so far, the league is planning on the usual hits for both regions, like a Widowmaker headshot-only tournament. The T-Mobile Talent Takedown will pit broadcast talent against each other in the standard Overwatch League format.

Each region will then have an All-Star game, in which players across multiple teams play together in a standard league match.

Fans can vote for their favorite players to participate in the All-Star games until Aug. 27. Eighteen players from each region will qualify for All-Stars based on fan votes, but All-Stars participation may rely heavily on whether the player needs to relocate for Grand Finals participation.

For now, the Overwatch League action continues on Aug. 14 as teams play extra matches to make up for those canceled in the earliest part of the season. The London Spitfire and Seoul Dynasty kick off the weekend at 3am CT.