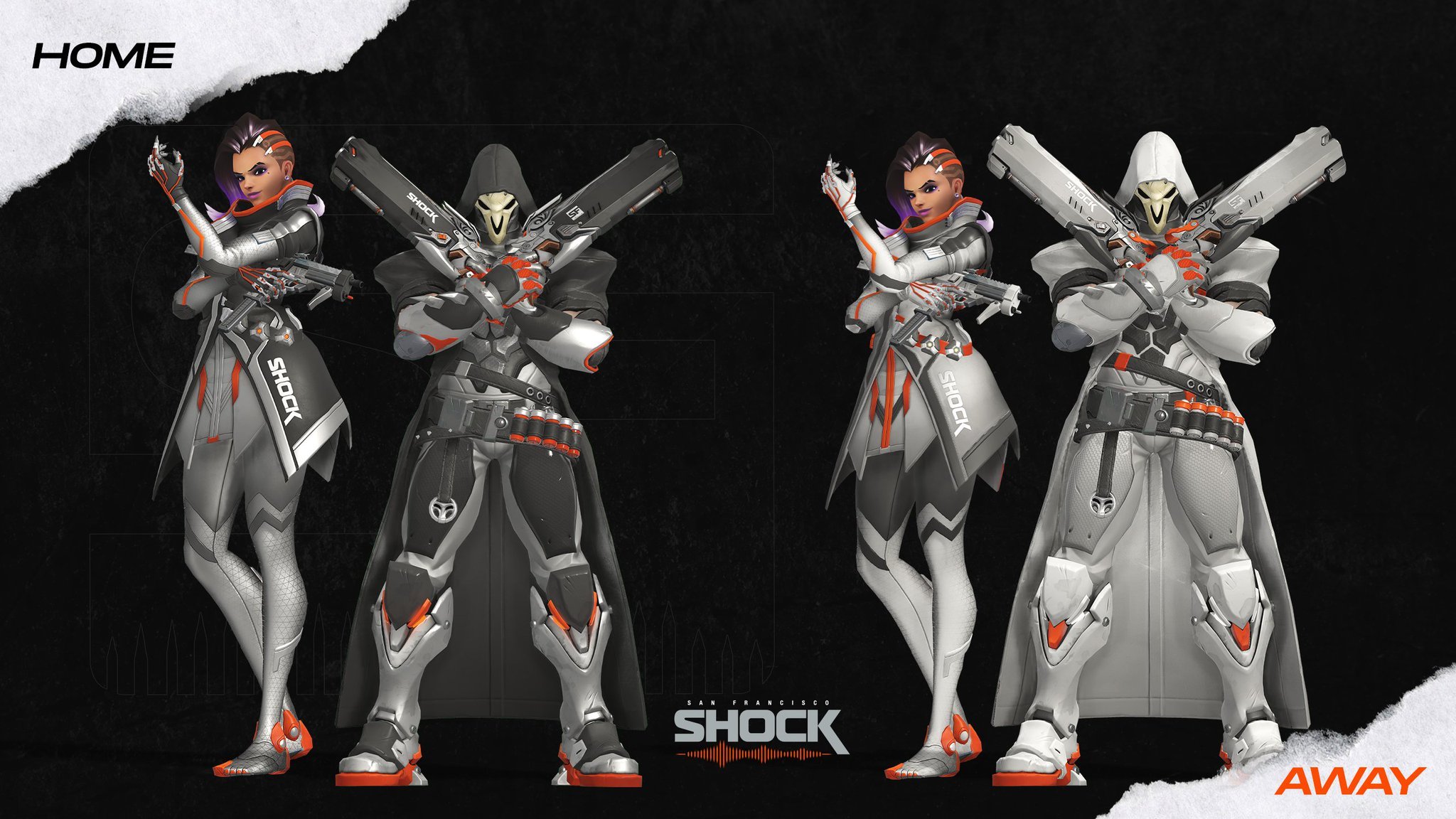 Black is the new orange.

The San Francisco Shock has changed its color palette ahead of the Overwatch League’s 2020 season. The team adopted a black and silver scheme as its main colors, with orange taking a secondary place as an accent color.

The adoption of silver and black pays homage to the Oakland Raiders following the team’s relocation to Las Vegas. The new color scheme is a tribute to the Raiders’ legacy and fans and is a way to ensure that “the silver and black stays in the bay,” according to the Shock’s announcement.

The team also released images of most character skins on its Twitter account. Overall, the visuals balance black and silver as primary and secondary colors, which contrast with the orange as an accent. The black is more prominent on tank heroes like Reinhardt and Wrecking Ball, while heroes like Baptiste are mostly colored in shades of gray.

The San Francisco Shock is the third team to change colors in this offseason. The Florida Mayhem adopted pink and blue as its primary combination and the Los Angeles Valiant ditched its classic green in favor of a baby blue.

Players who purchase Shock skins until Jan. 15 will get the legacy version of the visual with the orange-dominant palette that the team used in its 2019 season, according to the Overwatch League. From that date onward, it’s likely that players will have to reacquire the new visuals, even if they own previous versions. That system will apply to the Florida Mayhem’s new skins, as evidenced by the team, and it’s possible that the same precedent will be set for the Shock.