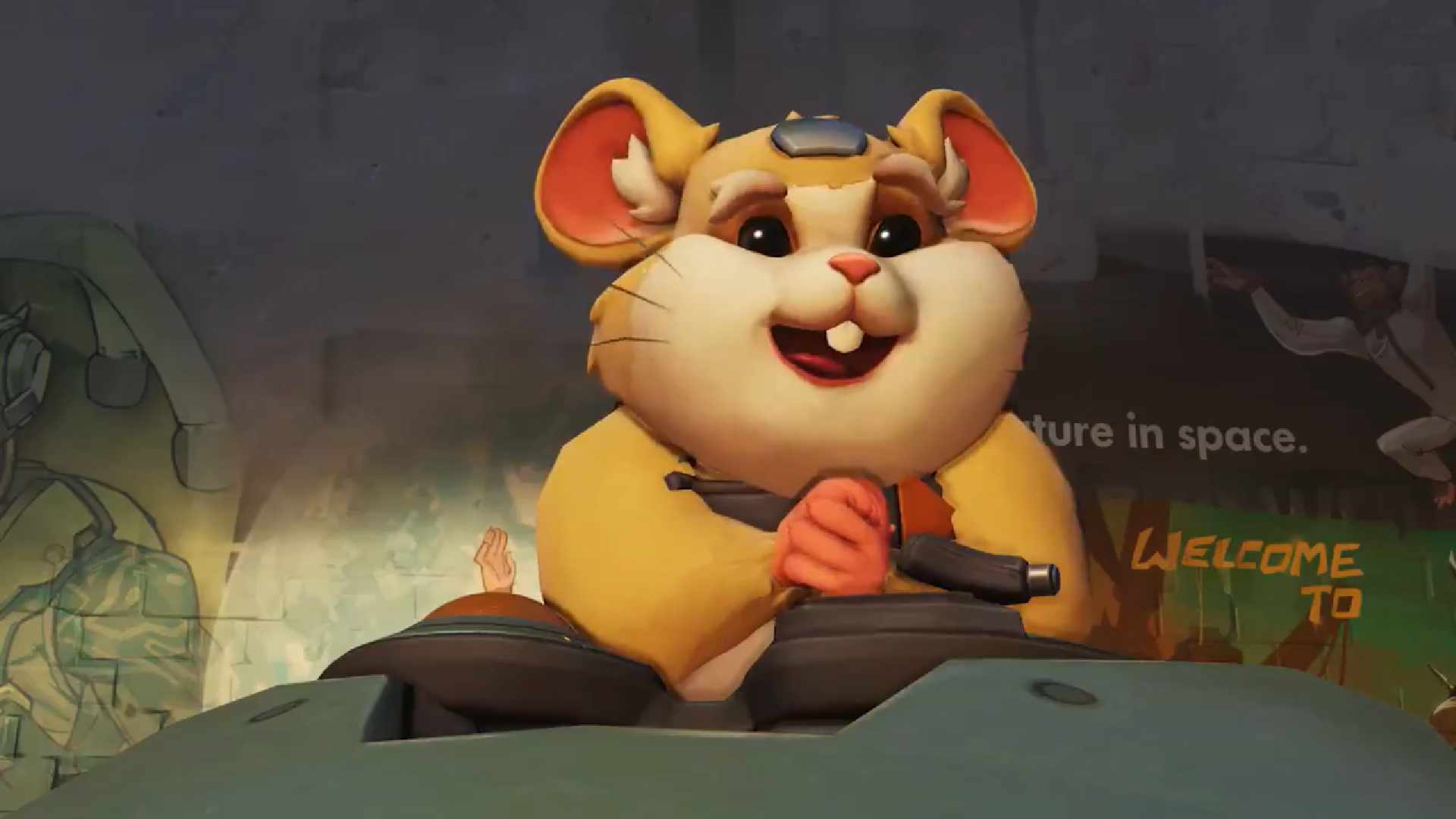 Overwatch’s next hero might just be the cutest yet—and the most baffling.

Blizzard posted a teaser this morning revealing a rolling mech championed by an excitable hamster. A few days worth of cryptic clues lead into this moment—but we’re still slightly confused. We’ve got what’s essentially a weaponized hamster wheel coming to Overwatch, apparently.

Related: Overwatch could have had a cat hero that donned a jetpack

As it turns out, hero 28 is likely neither the Junkertown Queen nor Hammond—unless Hammond was never actually a monkey and was always a hamster. It appears that the battle rodent could actually be attached to Junkertown, the champion of the mech battle arena.

Blizzard’s last teaser, posted to Twitter three days ago, showed the mysterious ball rolling into the frame, but Overwatch fans only joked that it was a hamster wheel.

Details are still slim on this little guy, but we expect Blizzard to reveal more information soon. You can’t just leave us hanging now, Blizzard. There’s always the potential that this is some cruel, cruel joke—but it feels like anything can happen at this point.

Overwatch’s developers have long dangled the promise of a jetpack-donned cat as an Overwatch hero. Game director Jeff Kaplan said it was far too wild for the game—he said it was one of those ideas that went “too far.” But a hamster in a rolling tank? Maybe that’s just crazy enough.