To no one’s surprise, a lot of them are really spooky. 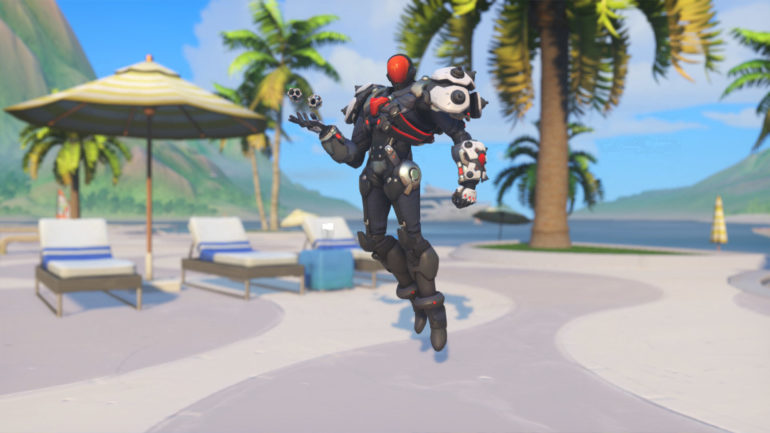 When Sigma was released on the Overwatch Public Test Realm (PTR) last week, many fans expected that the hero’s skins would be available instantly.

Only his original armor was available at launch, though, but now the rest of Sigma’s wardrobe has dropped on the PTR. His skins include the basic hero recolors, a few mythological references, and more spooky options.

Each hero in Overwatch has a set of four basic skins that are recolors of their default outfit. Sigma’s set of skins uses the Dutch names for the skins’ main colors. “Bluew” is a blue recolor of his default teal armor, “Groen” is a green recolor, “Oranje” is a bright orange recolor, and “Roze” is a pink recolor.

In addition to these basic skins, the Overwatch League also revealed how Sigma will look wearing every team’s colors. Sigma will be available for play in the Overwatch League when season playoffs begin on August 30. Since Sigma has a whole lot of armor “real estate,” all of the team’s primary colors have a chance to really stand out.

Sigma’s two Epic skins are available for 250 gold apiece. They recognize the hero’s dual identities throughout his life. The first skin is named “Dr. De Kuiper” and is gold and navy, reflecting the many awards and accolades Sigma received as an astrophysicist. The second skin is named “Talon” and gives Sigma an outfit matching the other members of the criminal organization. Doomfist, Baptiste, and Widowmaker all have Talon skins that resemble this one.

Sigma has four Legendary skins that are available for 1,000 gold. These rare skins are complete redesigns that radically change a hero’s appearance.

The first set of Legendary skins reflect Sigma’s time as a patient in a government facility. After he experimented with gravity and black holes, he lost his ability to contain the powers gained by that accident. “Asylum” outfits Sigma in a Hannibal Lecter-esque mask along with a tan bodysuit. The “Subject Sigma” skin is the one shown repeatedly in the hero’s origin story as he’s broken out of the facility by Talon agents.

Sigma’s two final Legendary skins take a cue from mythology, as many Overwatch skins do. The “Oracle” skin gives Sigma a dark set of armor with a blindfold and mysterious runes hanging from his neck. Similarly, the “Prophet” skin gives him a “third eye” orb on his helmet as well as a gold and teal outfit. Both skins cast Sigma as an ethereal being, one who can “see” without using his eyes.

All of these skins are currently available on the PTR and will carry over to live servers when Sigma is released. Overwatch developers have not given a specific date that Sigma will be available on live servers, but he’ll be playable in competitive mode by Sept. 1. Since that requires a two-week testing window, expect Sigma and his many skins on live servers in mid-August.