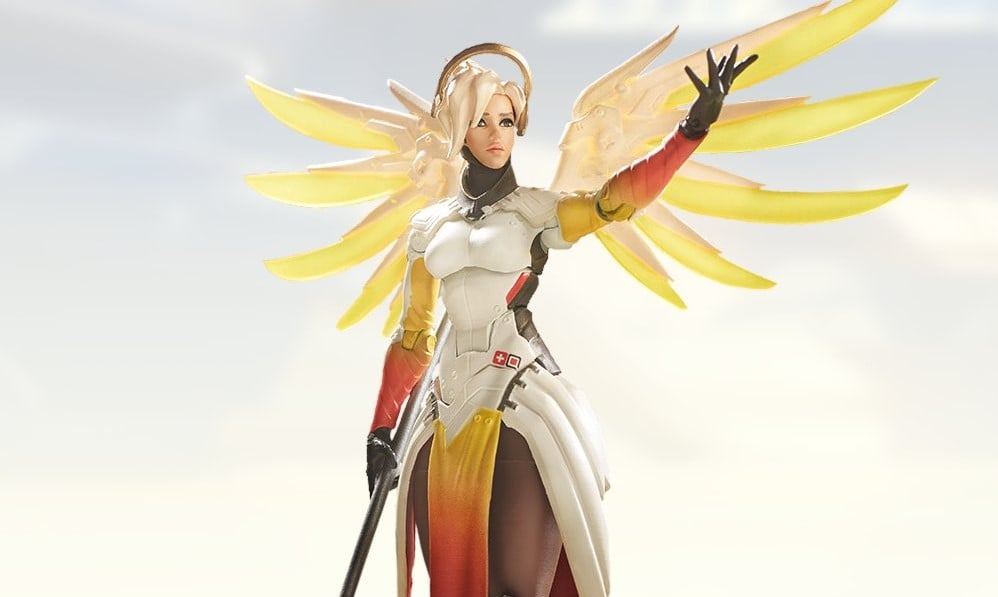 The Overwatch toy is part of the partnership between Blizzard and the toy company Hasbro, which announced more details at BlizzCon earlier this month. This Mercy figure is six inches tall and uses the hero’s standard outfit. She comes with her Caduceus staff and open Valkyrie wings.

Fans should be aware that this Mercy Ultimate Series figure isn’t the Mercy statue on sale at the Blizzard Gear Store. That statue is 13.75 inches tall, costs $175 and isn’t part of Blizzard’s partnership with Hasbro.

Mercy is one of the most beloved heroes in Overwatch. She is also has a number of other collectible toys that Blizzard has created in association with other companies. There are Mercy Funko Pop!’s and two Nendoroid toys as well.

Blizzard didn’t say when this Mercy Hasbro toy will be available for pre-order.