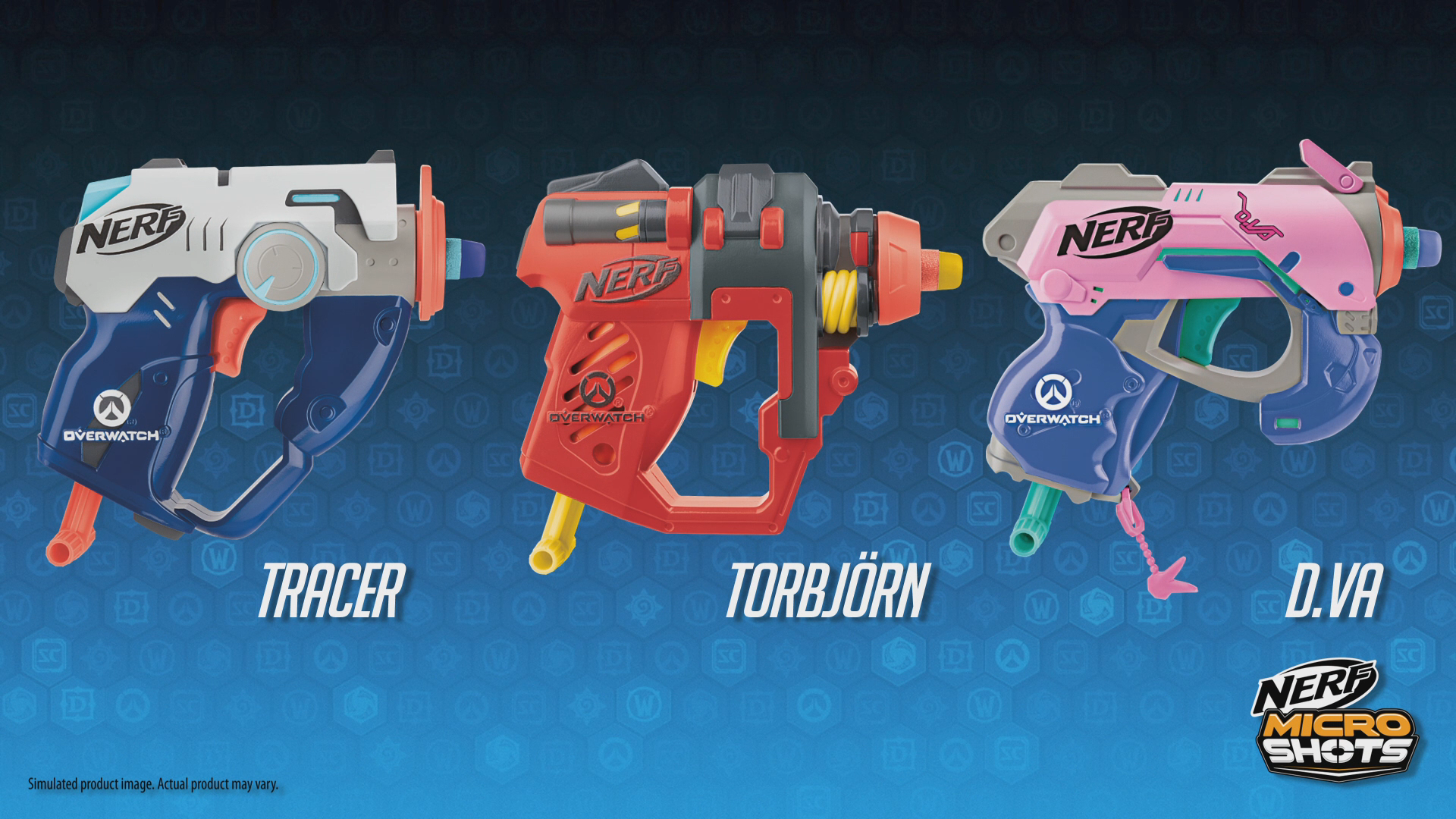 Three more Overwatch Nerf Rivals weapons were revealed today at BlizzCon 2018. Adding to the two Nerf guns revealed over the summer of Reaper and D.Va’s weapons are mini-guns, called Micro Shots, designed to replicate Soldier: 76, Torbjörn, and a smaller D.Va weapon. McCree will get his own Nerf Rival pistol, too.

Details are sparse regarding the new weapons, but Blizzard said they’ll be available in 2019 with a pre-order period open soon.

Related: Overwatch’s Nerf line will include D.Va’s pistol—literally nerfing this

Blizzard revealed its two earlier weapons after the initial announcement in mid-May. The Rivals line was created in 2015 and has amassed a ton of different variations for brands. Overwatch is just the latest to license out its brand for the Hasbro franchise. The Rivals line shoot tiny foam balls rather than Nerf darts. Accessories are a big part of the experience, too, but Blizzard hasn’t announced any of those yet either.

Alongside the Nerf announcement, Hasbro also confirmed at least one Overwatch toy, for Mercy. The six-inch figure looks impressive, but we’ve only got one image there so far. No pricing details have been announced.

BlizzCon 2018 is ongoing until Nov. 3. So far, Blizzard has announced a new Overwatch hero, Ashe, who debuted in the most recent cinematic, called Reunion. More announcements are expected across the whole weekend.