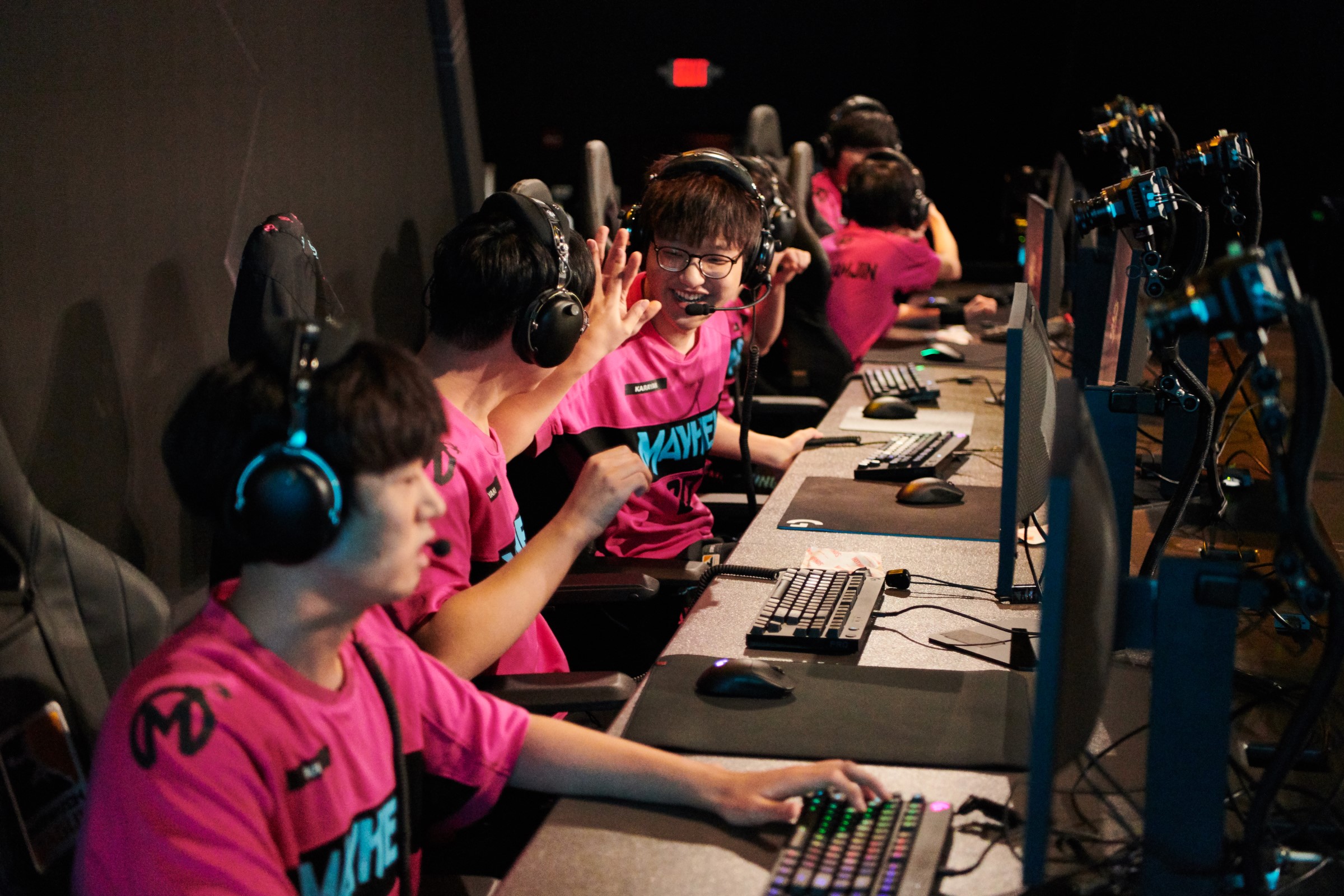 After weeks of qualifier matches, four top Overwatch League teams will be taking part in an international showdown to crown the 2021 season’s first tournament champion.

The first of four planned tournaments for the season, the May Melee, will begin on May 6 and run through May 8. Two of the best Western teams will be headed to Hawaii this week for better ping when they take on the two best East teams. While the winner of this tournament will get infinite bragging rights, the team will also take home $100,000 and three extra “league points” for better postseason placement.

The East region knockouts began with a wild match when the first-seeded Philadelphia Fusion took on the Shanghai Dragons. Despite a fourth-seed placement, the Dragons have been considered favorites in the East region against an evolving Fusion squad.

Over the course of six maps that included a draw, Philadelphia and Shanghai traded blows and played mind games with one another. In the end, Shanghai took the win with a 3-2 scoreline and dethroned the first seed.

Seoul Dynasty, the region’s second seed, has a history of activating the powers of “playoffs Profit,” referring to DPS Park “Profit” Jun-young’s ability to clutch fights when it matters most. Even the playoffs buff couldn’t boost them against the Chengdu Hunters, though, who have become the region’s most unexpected stars.

With a 3-1 win against the Seoul Dynasty, the Chengdu Hunters will advance with the Shanghai Dragons to the May Melee finals bracket. They’ll both face off against the top Western teams to decide an international champion.

After rolling through the Toronto Defiant in the day’s first knockout match, the Florida Mayhem moved on to face the West’s second seed, the Washington Justice. The Justice were one of only two teams to go into the knockouts with a 4-0 record and the favorites heading into the matchup.

Something in the Florida Mayhem was upgraded for the knockout rounds, though. Tracer expert Kim “Yaki” Jun-gi ran circles around enemies but also flexed to an impressive Mei. Main tank Son “OGE” Min-seok also had an excellent game, taking the Justice down with a dominant 3-1 scoreline.

As surprising as the Mayhem win was, no team stunned fans and analysts quite like the Dallas Fuel. The team managed a clean sweep against the San Francisco Shock, last year’s Grand Finals champions. San Francisco looked uncharacteristically sloppy and Dallas didn’t hesitate to take advantage of those mistakes.

The season began with a Battle for Texas and the Western May Melee finals also ended with one since the Dallas Fuel moved on to face the second-seeded Houston Outlaws. Houston have had a remarkable season, going 4-0 in qualifying matches, but the Dallas Fuel were warmed up and well-prepared. Thanks to impeccable coordination and team play, the Fuel swept the Outlaws, handing them a shocking 3-0 loss.

As a result, the Florida Mayhem and Dallas Fuel rosters will be traveling to Hawaii over the next few days to face the top two Eastern teams.

The May Melee finals bracket begins on Thursday, May 6 at 9pm CT when the Shanghai Dragons face off against the Florida Mayhem.