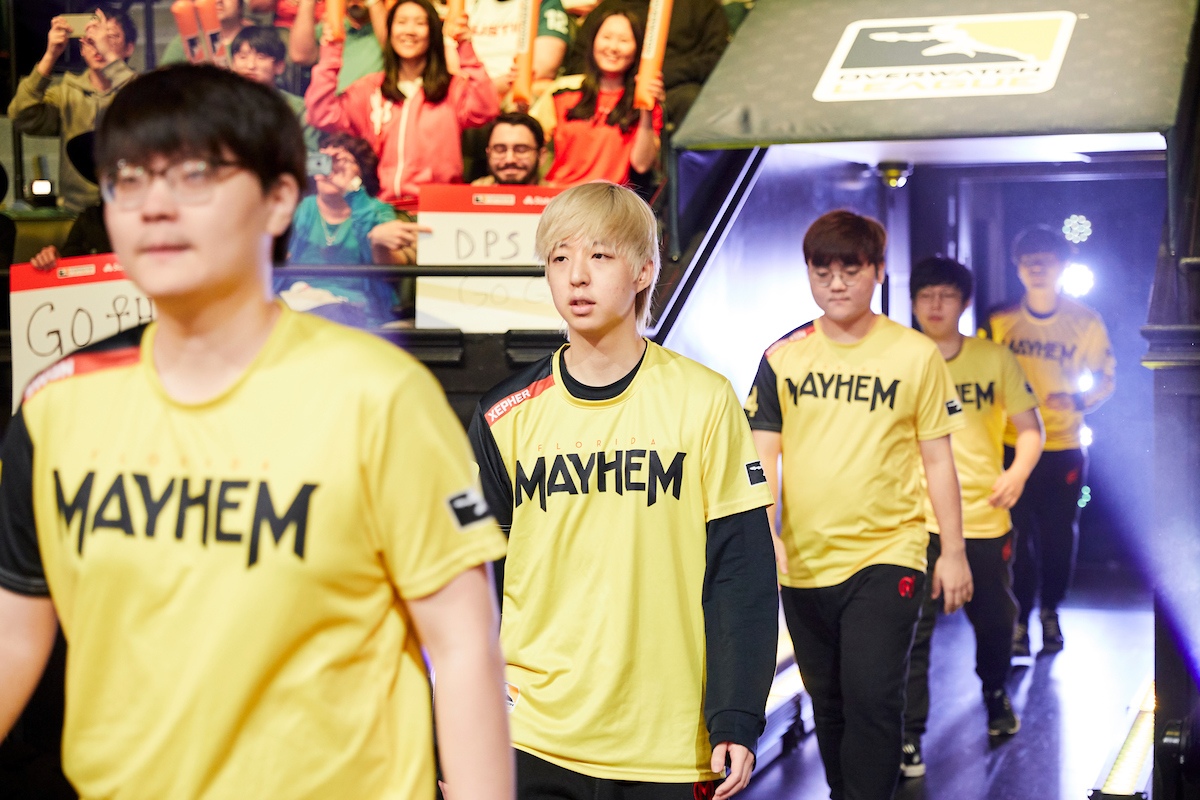 Byrem began competing in 2017 and joined NRG Esports over a year later to play in the North American Contenders division. At the end of April, he helped the team lock down a shared third place in season one of the 2019 Overwatch Contenders North American West series. The support player left the team last week, however, after NRG Esports, owner of San Francisco Shock, revealed it would no longer field a Contenders roster moving forward.

Just one day before their first match of stage two, Florida Mayhem parted ways with two people on its coaching staff and three of its players to renovate the team as a fully-Korean lineup. The team failed to find success following the roster changes, ending the season’s second stage with a 0-7 record.

Stage two wrapped up with yesterday’s back-and-forth series between San Francisco Shock and Vancouver Titans. The Californian team managed to take down the undefeated Titans 4-2 in the stage finals, receiving the stage two title and $200,000 in prize money.

The Overwatch League returns for this year’s All-Star event on May 15. Stage three will then kick off two weeks later on June 6 with a match between San Francisco Shock and Atlanta Reign at 6pm CT.