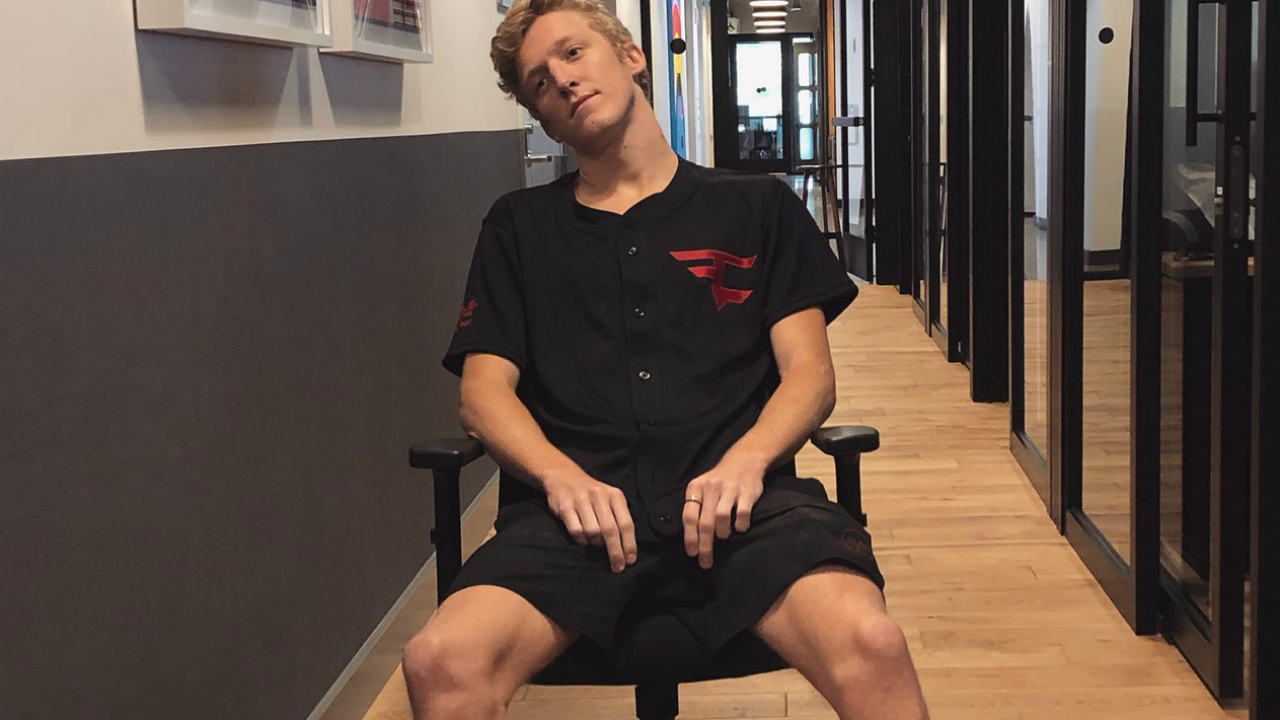 Turner “Tfue” Tenney may be one of the best Fortnite: Battle Royale players in the world, but he’s also attracted a fair amount of controversy over the past few months. He’s racked up two Twitch bans and a suspension from Fortnite by Epic Games.

Shortly after Tfue hit 30,000 subscribers on Twitch in late August, his account was suspended. Up until Sept. 6, visiting his Twitch channel revealed that his channel was “unavailable.” On Aug. 23, Tfue tweeted that his account was “suspended,” and that his YouTube account was “deleted.” Information remains vague on Tfue’s ban weeks after it was sent out, leaving many to speculate why he was kicked off the platform.

In the meantime, here’s what you need to know about Tfue and the nature of his banishment.

Tfue originally kickstarted his career as a YouTuber and Twitch streamer, focusing on games like Call of Duty and Destiny. Over time, he switched over to battle royale titles like H1Z1 and PlayerUnknown’s Battlegrounds, which brought him to Fortnite: Battle Royale as Epic’s game took off.

Over the past year, Tfue has become an incredibly popular Fortnite player, and some consider him a rival to Fortnite’s most well-known streamer, Tyler “Ninja” Blevins. Tfue was invited into the FaZe Clan in April 2018, officially christening his role in Fortnite esports. He’s since competed in Epic Games’ Summer Skirmish Series in 2018.

What are some of Tfue’s controversies?

While his counterpart Ninja has avoided major controversies for the most part, Tfue regularly finds himself in hot water for his behavior online, during streams, and as a Twitch channel owner.

Tfue was first banned from Twitch in May 2018 after referring to another player with the word “coon,” a racial slur commonly used against black people. He later tried to downplay the incident by saying that he used the word to describe a player who was “playing like a snake, like a raccoon” and that he “didn’t mean to say [the slur] in a racist way,” Newsweek reports. Regardless of his intent, Twitch banned Tfue from streaming for 30 days.

Then there’s Tfue’s in-game Fortnite ban. Epic Games temporarily suspended Tfue from playing the game after Tfue violated Fortnite’s End User License Agreement by selling Fortnite accounts with rare skins in them. He encouraged Twitter users to reach out to him via DM to buy them, Newsweek reports. An Epic Games employee later turned to Reddit over Tfue’s ban, pointing out how Tfue had knowingly violated the game’s EULA.

“Account selling or purchasing violates our EULA,” Epic Games employee arctyczyn told r/FortNiteBR. “Tfue was aware of this and engaged in that activity anyway. He was also notified of the reason for his account ban, but did not disclose that information to his viewers while streaming.”

Why was Tfue banned this time?

On Aug. 23, Tfue was banned from Twitch again, this time with little explanation. Fans quickly speculated different theories, suggesting Tfue raided a smaller streamer’s channel and wrote a racial or homophobic slur. Tfue did not officially confirm why he was banned, although he could be seen regularly posting about it on his Twitter account.

“His chat apparently led to him getting banned, which doesn’t make any sense at all,” 10E said in the video.

That said, there are conflicting claims about why Tfue was banned. On Aug. 25, Tfue’s father said on Instagram that his son was banned “for uttering a banned word on Twitch,” whereas Dexerto claims that Tfue was suspended for saying “I have AIDS” on stream, which is off-putting but not quite as damning.

While Tfue’s suspension remains unclear, both 10E and his father claim that Tfue was hacked. Tfue’s dad warned that Tfue’s YouTube account was taken down by a “criminal hacker,” according to a post from Aug. 23 on Instagram. 10E corroborated the claim and criticized YouTube for failing to return Tfue’s account in a timely manner.

“It’s been six days since his channel was deleted and it still has not been recovered, which completely and utterly blows my mind,” 10E said in his video.

Was Tfue unbanned yet?

Good news for Tfue fans: He was unbanned on Sept. 6, although some fans expected his return to come a little earlier. While streaming Fortnite, fellow FaZe clan member FaZe Cloak said that Tfue would be unbanned on Tuesday, Sept. 4. Ultimately, Tfue’s brother 10E was correct when he claimed Tfue’s Twitch suspension was a 14-day ban that ended on Thursday.

So, what does Tfue say happened?

Shortly after 2pm CT on Sept. 6, Tfue went on Twitch and began streaming Fortnite once again. During his stream, he revealed that he lost around 11,000 subscribers during the ban. His YouTube account was restored the night before, and he also published a YouTube video about the ban during his stream.

Over his explanation video, Tfue explained that he was banned for 14 days on Twitch. He confirmed that he did not quit streaming, that the ban was not permanent, and that he plans to continue streaming for as long as possible. That said, Tfue refused to reveal why he was banned, instead saying that he wants to “focus on the future.”

“14 days, I got banned on Twitch for just some stupid, stupid stuff that I did,” Tfue said in the video. “It wasn’t even bad, I honestly don’t even wanna get into it because it’s just so dumb.”

During the ban, Tfue said he decided to buy a one-way plane ticket to Los Angeles, where he hung out with his fellow FaZe clan members and moved into a new house. Declaring the ban “rough,” he decided to his downtime as an opportunity to start vlogging and begin “working on myself.” He also held himself accountable for the suspension and blamed himself for what happened, to a certain extent, and promised that a ban isn’t going to happen again.

“I’m just super grateful to have what I have, and to have the fanbase that I have, even though some of them might be toxic,” he said, laughing.