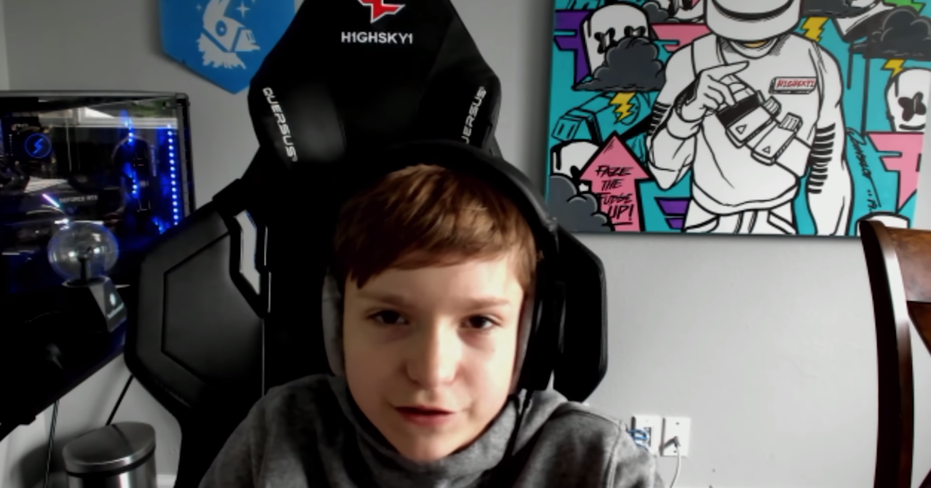 FaZe Clan still isn’t done being petty over the lawsuit filed against it by popular Twitch streamer Turner “Tfue” Tenney.

The organization tweeted out a video featuring 12-year-old Fortnite player H1ghsky1 captioned “something to lighten the mood.” The video shows H1ghsky1 rapping about Tfue and the pending lawsuit between the popular streamer and FaZe Clan.

H1ghsky1’s rap verses brought up several topics, including lying about his age, his Twitch ban, Tfue being a fake snake toward FaZe and owner Richard “Banks” Bengtson, and Tfue’s supposed poor treatment of his duo partner Dennis “Cloakzy” Lepore. The 12-year-old also mentions Tfue’s girlfriend, Corinna Kopf, implicating that she’s sleeping with YouTuber Logan Paul, who’s also got his own cameo in the video.

The esports community’s response to the video seems to be pretty uniform with the same question in mind: Why? Literally no one asked for this. The reply ratio in the Twitter thread looks pretty overwhelming compared to the likes and retweets, so it looks like this social media stunt isn’t panning out the way FaZe likely wanted it to.

Tfue could respond to the video with a diss track of his own and completely end H1ghsky1’s rap career, or he could be mature about it and not make a response, which wouldn’t put himself at the youngster’s level.