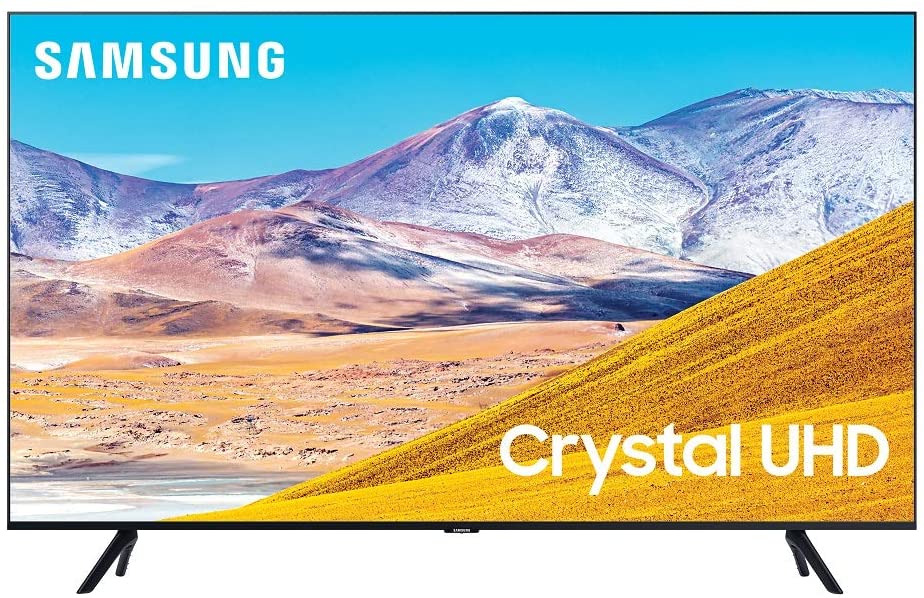 Gamers hoping to pick up a solid television for less than $300 don’t have a ton of choices, but there are some decent options out there.

Unfortunately, all of the budget options also come with their own unique drawbacks. This list is designed to help you parse through the advantages and disadvantages of entry-level televisions to determine which is the best for your gaming needs.

What to look for in a budget gaming TV

There are two major types of budget TV panels to choose from: LED and LCD. LCD panels are better for gaming because LED panels bring a risk of image retention, otherwise known as burn-in. Burn-in occurs when you keep a static picture on your TV for a long time period, and it ends up leaving a ghost of that image permanently on your screen. Games are particularly susceptible to creating burn-in because many games will feature UI elements that don’t move or change for long periods of time.

You can avoid burn-in by occasionally changing the channel, or by lowering your brightness and contrast. The risk of burn-in is definitely manageable, even if you do purchase an LED TV. However, LCD panels are less prone to burn-in, so if you buy an LCD television you won’t have to worry about image retention nearly as much.

The refresh rate on a television tells you how many times per second the screen refreshes. So the refresh rate of a panel is equivalent to its frames-per-second, or FPS. FPS is a metric that is essential in gaming because a higher FPS translates directly to faster in-game response times.

The two major refresh rates for a modern television are 60 Hz and 120 Hz. 60 Hz is a rather low refresh rate for gaming since modern consoles can easily take advantage of refresh rates as high as 144 Hz, or even 240 Hz with some games. Most modern mid-tier televisions feature displays with at least a 120 Hz refresh rate, but most entry-level options still only come with a 60 Hz refresh rate. That being said, there is one 120 Hz budget option on this list.

The Samsung 43-Inch TU-8000 television is a fully featured 4K television that comes at an entry-level price. While this unit won’t break any records in the spec or size department, it is a great budget television option.

This television is powered by the Samsung Crystal Processor 4K. This processor delivers a flawless 4K image by efficiently and convincingly upscaling 1080p content to a full 4K resolution.

The LCD Crystal display featured in the Samsung TU-8000 TV is actually pretty decent for the price. In addition to being 4K, the panel also comes with decent HDR, but it is not HDR10 certified like higher-end models.

In regard to color, this panel leaves very little to be desired. It is crisp and colorful, and since it is an LCD panel, you don’t have to worry about burn-in like you would with an LED panel. This makes it a great option for long gaming sessions.

Unfortunately, the TU-8000 series television is only capable of a 60 Hz refresh rate, which is not ideal for gaming, as stated above. The low refresh rate is the biggest drawback of this television.

Like most televisions these days, this TV is a smart TV. It uses Samsung’s proprietary Tizen operating system. Tizen is on the upper end of TV operating systems with many useful features and an intuitive user interface.

This beautiful television offers a lot of solid features for its entry-level price. While it is not the best gaming television on the market, it is still a great option for any gamer who is on a tight budget.

The TCL 4K 50-Inch television is an affordable high-resolution television that is perfect for gamers looking for a large television on a budget. This product is actually cheaper than the Samsung television, and it still manages to give you a larger 50-inch panel.

The 50-inch LED panel on this television delivers a full 4K picture. In addition to being able to playback 4K content in its full resolution, this television can also upscale non-4K content. The display comes with HDR, but like the Samsung, it is not HDR10 certified.

Since the panel on this display is LED, it isn’t ideal for long gaming sessions since it could be subject to burn-in issues. As mentioned earlier, you can manage the burn-in risk by occasionally changing the channel or lowering your brightness settings, but it is still an annoyance at the very least.

This display claims to be 120 Hz, and it technically is. However, it isn’t capable of reading 120 Hz from external devices via its HDMI 2.0 ports. Even though the display is technically a 120 Hz refresh rate panel, you can only experience high refresh rate content from the internal Roku operating system. As a result, you won’t be gaming at 120 Hz using your PlayStation 5 or Xbox Series X, which is a bummer.

This smart TV runs on the Roku TV OS with support for Amazon Alexa and Google Assistant. Roku’s user interface and features are adequate but not particularly impressive.

If you are looking for a competent, low price 50-inch television, this TCL 4K Smart TV might fit the bill. Just keep in mind that the advertised 120 Hz refresh rate does not apply to gaming consoles.

The Insignia 50-inch 4K smart TV is another solid entry-level television for gaming. This product has mostly the same features and drawbacks of the previous TCL TV, but from a different company.

The Insignia features a 4K LED display with a 60 Hz refresh rate, just like the TCL TV. It has HDR capabilities, but it is not HDR10 certified. It will have a similar color experience as the first two products on this list. Since this display is also LED, it also shares the TCL’s risk of burn-in if the screen is not properly managed.

One way that this TV stands out from the others on this list is the included DTS Studio Sound technology. DTS Studio Sounds uses post-processing to create virtual surround sound using the television’s built-in speakers. If you plan on using your TV without a sound system, this added feature may be worth factoring into your purchase decision.

The Insignia runs on the Fire TV operating system, with integrated support for Amazon Alexa. Like the Roku OS, this Fire TV OS is adequate but not impressive.

The design of the Insignia TV’s legs is a flaw that is worth pointing out. The included legs on this screen are kind of flimsy, considering they are supposed to hold up a huge 50-inch panel. For this reason, mounting this television on a wall would be preferable to keeping it on a TV stand.

If you are looking for an entry-level 50-Inch TV with decent built-in audio quality, this is a solid television. While it won’t excel at gaming due to its lower refresh rate and LED screen, it is still a great screen to game on because of its huge size, high-quality sound system, and 4K resolution.

The Vizio V-Series 405-H11 40-Inch 4K Television is a solid gaming television that sacrifices a little bit of screen size for a better refresh rate. This is the only 120 Hz refresh rate television on this list.

This television features a solid 40-inch 4K LED display. The display is fully featured with Dolby Vision HDR, HDR 10+, and HLG certifications. The HDR capabilities are the best on this list by a significant margin. This television is capable of playing back 4K content, and it is also equipped with a UHD upscale engine, allowing it to easily upscale non-4K content into beautiful 4K resolution.

While this display is only 40 inches, it also features a 120 Hz refresh rate. This television’s higher FPS capabilities make it the best option on the list for online competitive gaming, where a faster refresh rate can make a huge difference.

While the 120 Hz refresh rate makes this TV better suited for gaming, the LED panel is still a drawback for gaming.

This Smart TV runs on VIZIO SmartCast software, which is a solid television OS. As a bonus, this television also comes with Apple AirPlay 2 and Chromecast built-in, allowing you to easily mirror your screen onto the television to watch movies, video chat, or play mobile games on a larger screen.

What this TV lacks in screen real estate, it makes up for with its high refresh rate. If you are looking for a budget TV capable of high-frame-rate gaming, this might be a good option for you.