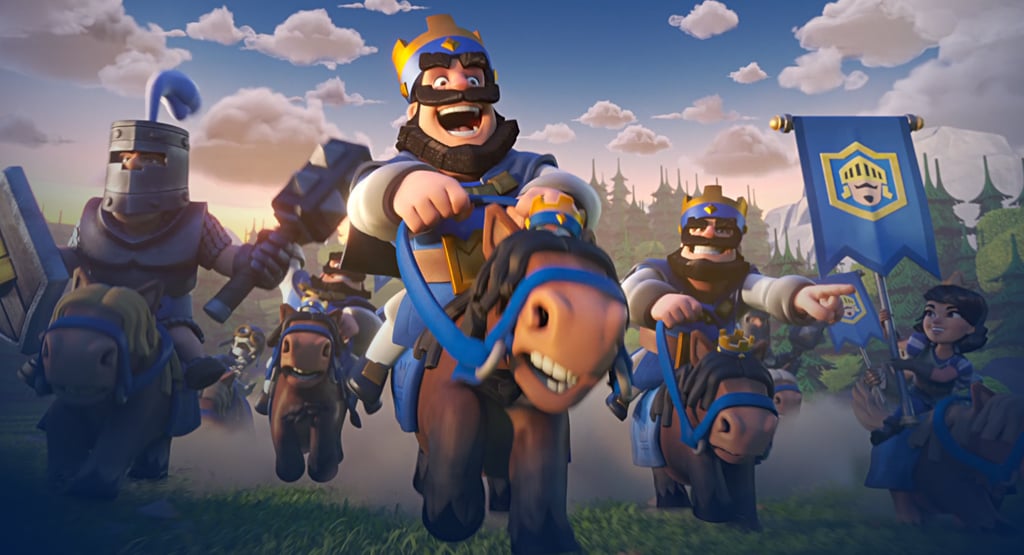 After you’ve reached the first Challenger arena in Clash Royale, you should have access to most of the cards in the game. But the average level of players you face in one-vs-one matches will significantly rise at this point and you’ll no longer be able to advance with decks that don’t take the current meta into account.

To facilitate this adaptation, you can choose pre-built popular decks, test them out, and see what best suits your playstyle.

Keep in mind that it’s not easy to upgrade the cards in Clash Royale because tons of gold is necessary to buy missing cards and level them up.

If you play at a level where everyone has their cards maxed out, your decks can be adapted to suit the cards you have maxed out by incorporating them in place of other cards with a similar effect and the same elixir cost.

Here are some of the best decks for Clash Royale May season “Bewitched” after numerous changes were introduced to the card improvement system, such as Magic items and max level increase. 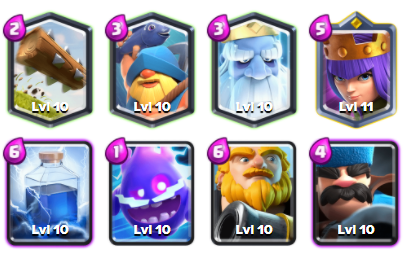 This Royal Giant deck uses the strength of the expensive Royal Giant card, costing six points of Elixir. It has risen to popularity thanks to the player Furkan, who finished second on his server in the previous Clash Royale season.

While the Fisherman and Electro Spirit can boost the deck’s defense, other cards give it more versatility such as the Lightning and Royal Giant cards. Since the Archer Queen has received a nerf in April’s balance changes and isn’t easy to unlock due to its Champion rarity, it can be replaced by a similar card.

This is a classic deck, with a few updates to suit the April balance changes. It doesn’t change much; in the previous season, some players used the Mega Knight instead of the Giant but swapped those following the nerf received by the Mega Knight (20 percent less spawn damage).

You can suit this deck to your playstyle and easily adapt to the enemy’s deck, thanks to its versatility. It’s not difficult to assemble and level it up, so it can suit players from all levels in the game.

This deck is used by YouTuber Clash with Shane. You can watch him play it to adapt easier to its strategy and strengths.

Players who like to constantly play on the offensive will have much fun by playing this deck. Built around the Lava Hound, it’s strong at applying constant pressure on the opposite part of the arena. Many variations of this deck can be used, but it’s also a good way to have fun with the Goblin Drill, which has been consistently popular since its launch.

It’s very similar to the Miner card, so any rush card that can quickly get a few hits on the enemy’s turret will fit. The most important part of this deck are the Elite Barbarians, some weather cards such as the Arrows and Zap cards to counter cheap minions, and complementary pieces to play alongside the Lava Hound.

The objective is to start the push by reacting to the enemy’s first card with the Lava Hound, and then go all-in on their turrets. The player shouldn’t have enough elixir and time to push, since they will be occupied with their own side instead. It’s not very hard to pick up and fun to play.

This classic deck is still used by many players from all kinds of levels. Somehow, it survives the job changes introduced by the numerous seasons due to its accessibility and versatility.

This deck is very accessible to new players and fun to play due to its fast cycle. There are no expensive cards to use in it, so players with this deck can attack and defend whenever they want without risking a lack of elixir. The Miner is the main attacking card of the deck and it should be used alongside others to maximize his potential, such as the Poison to counter any troop card or the Bats to counter a tanky card that will focus the Miner.

The Snowball’s pushback has been increased, which makes it more efficient against tanky or rush-type cards. The Bomb Tower, on the other hand, has seen its lifespan increased by five seconds, which is always useful if players can defend it long enough.

This deck is popular in the new season and suits players who don’t like waiting around until their Elixir gauge is full to play highly-consuming units. Its rotation cycle is fast, which makes it fun to play.

Its main challenge is the requirement of the Champion card Mighty Miner, which requires a King Level of at least level 14 to be unlocked. And since it’s at the core of the deck and received a buff in April’s balance changes, it’s not easy to replace by a similar card. This deck offers effective defense and opportunities to push at the same time with the Miner and Drill cards.

This deck is used by YouTuber SirTag. You can watch him play it to adapt easier to its strategy and strengths.

All images via Supercell