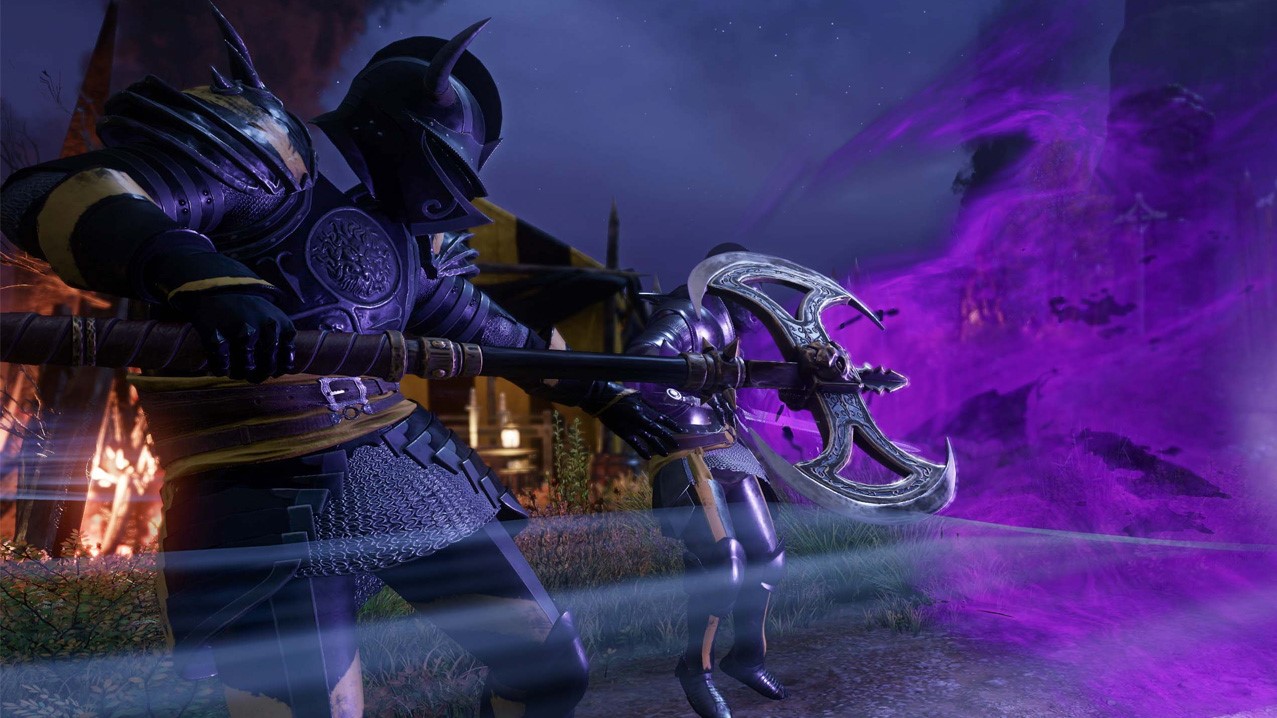 Patch 1.1 or “Into the Void” features a myriad of changes, from new features to countless quality of life updates. The hotly anticipated patch includes a new weapon called the Void Gauntlet, which scales to both intelligence and focus, as well as a new enemy type called The Varangian Knights.

Here’s the full list of notes for New World’s latest update, which is set to hit the live servers today.

The Void Gauntlet is the first weapon to scale on both intelligence and focus, making it a strong pairing with the Life Staff and other magical weapons. Players will be able to progress through two weapon mastery trees, allowing them to manipulate Void magic in different ways:

With its arsenal of buffs and debuffs, the Void Gauntlet is perfect for group combat and can significantly bolster your allies at the expense of your enemies, according to Amazon.

Players will be able to face off against multiple new types of enemies, including the Varangian Hewer, Varangian Scout, Varangian Knight, and Varangian Archer to discover what the fearsome warriors are chasing in Aeternum.