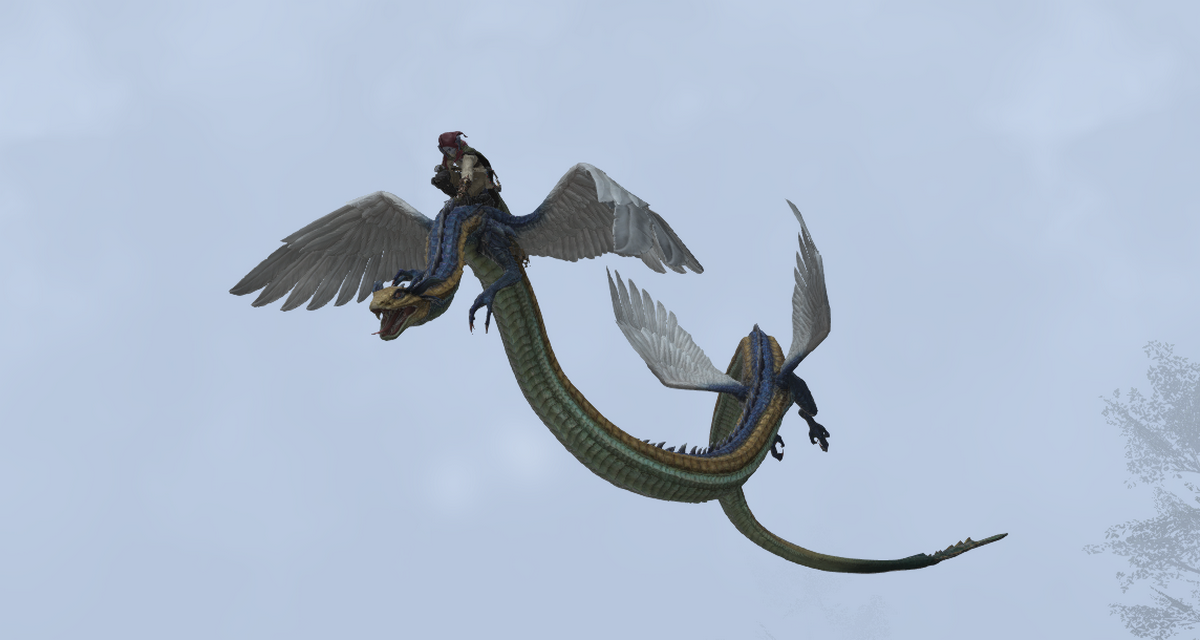 There are several kinds of dragon mounts in Final Fantasy XIV, such as Rathalos from Monster Hunter World, the mechanical dragon Landerwaffe, and the Alte Roite inspired by Japanese mythology. It’s one of the most recognizable mounts in the game due to its unique moving animation and design.

Alte Roite is a dragon, or a wizard in a shape of a dragon to be precise, from the Final Fantasy V game. It features blue, green, and gold scales, with long white-feathered wings. But its standout feature is its moving animation. Rather than flying as a regular dragon would, it forms circles with its body, which adds to its splendor.

The mount isn’t too hard to unlock, but it’ll require a bit of organization. The Alte Roite Prism, which is used to summon it, is looted from the normal raid Deltascape V4.0 Savage. The raid was released as part of the Stormblood expansion.

Fortunately for players who want it, each duty completion rewards one Prism, so you’ll get one every time. This makes it much easier to unlock compared to other mounts that drop from Extreme raids. The Deltascape V4.0 Savage can be unlocked by completing the lengthy Omega questline, which is started off by speaking to Wedge in Rhalgr’s Reach (12.6; 12.4).

The best way to quickly get the mount is to create or join a party via the Duty Finder and farm it. It also drops from undersized parties, so the duty completion can be further facilitated. Even if the duty will be easier unsynced, it’s always a good idea to check a guide of the boss mechanics to avoid unfortunate wipes.