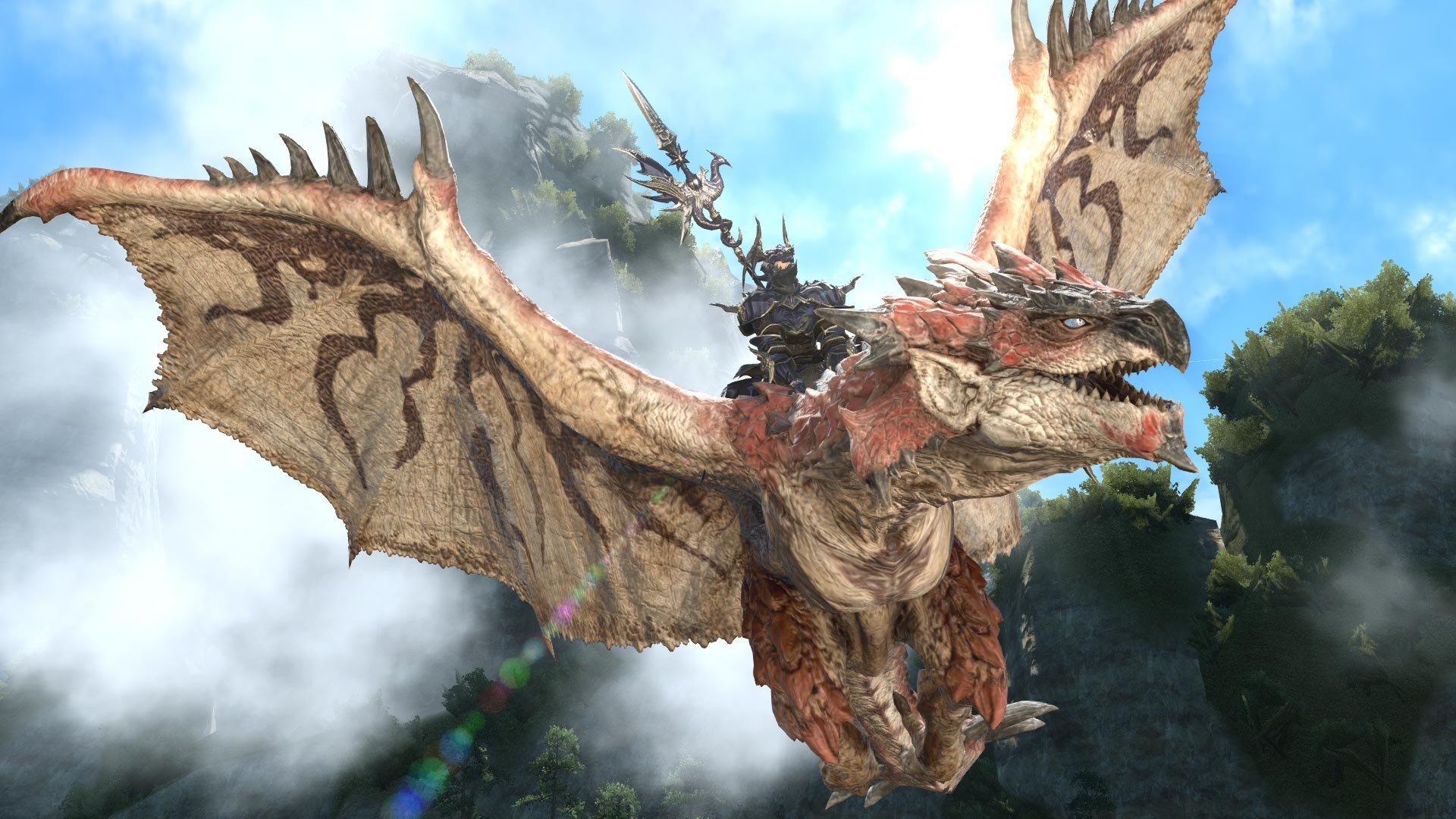 Final Fantasy XIV has no shortage of fearful beasts as mounts, but some are more popular than others. That’s the case with the Rathalos mount, which is especially sought after by fans who are also Monster Hunter World players since the beast comes from the action RPG game.

But due to its majestic appearance, highly detailed scales, and dedicated music track, the mount is also widely popular in the Final Fantasy community. It’s not easy to obtain, however. It’s a rare drop from The Great Hunt (Extreme) duty or it can be traded for 50 Rathalos Scales+.

Those scales are earned upon completion of The Great Hunt (Extreme) trials. One is given per duty completion. It’s a lengthy process if you’re not lucky enough to get the mount as loot. There’s a way to speed up the process to unlock it in less than three hours, however.

In addition, for the players who aren’t too eager to get it fast, it’s possible to link the mount progression with Khloe’s Journals, which sometimes require a The Great Hunt (Extreme) completion to get a seal. It will take many months to get 50 of them in the journals since it’s random, but it’s a way to make the process less dull by linking it to other activities. It also offers Allagan Tomestomes of Poetics once a day.

For those who want to earn it within an evening or afternoon of grinding, here’s the fastest way of unlocking the Rathalos mount in FF XIV.

How to earn 50 Rathalos Scales fast in Final Fantasy XIV

To earn 50 Rathalos Scales+ fast and unlock the mount’s whistle, you’ll need to unlock The Great Hunt (Extreme) duty first. If that’s not done, you’ll first need to complete the quest named The New King on the Block, which is part of the Stormblood expansion and can be started in Kugane. That’s also where the scales can be traded in for the mount’s whistle.

You’ll then need to find three players to team up with to complete the duty as fast as possible in Unsynced mode. It’s also possible to create a Party Finder group to recruit the players required, specifying it’s for mount farm.

Here are the steps to follow to complete the duties faster:

If you beat Rathalos not long before this grind or its mechanics are still fresh in your memory, you’ll have no trouble completing it in Extreme mode. There are still a few things to keep track of when completing the duty, however.

First, don’t forget to use the duty action, which grants free HP refills during the fight. It’s particularly useful for the player who will mount the beast in the second phase of the fight.

At this moment, Rathalos will head to the center of the area. Assign one player to mount it by using the active maneuver. This player will have to be topped off when mounting it since they’ll receive damage during this phase. Take down Garula and the other adds as fast as possible and then hide behind its corpse to avoid a massive fire attack from Rathalos.

The crucial part will then be to handle the phase when his Down Gauge reaches 100 points. At that moment, the beast will fall to the ground. Focus him first until there’s around 35 percent of his HP left and then his tail. This will result in him being eliminated and you’ll be able to start all over again.

Although the process will be faster with a group formed by the party finder, it will be even better to be in voice chat with the other players so that one person can call out the actions at the right time and coordinate the group better. This will improve your chances of clearing the duty within around two minutes each, resulting in a two-hour grind or so.