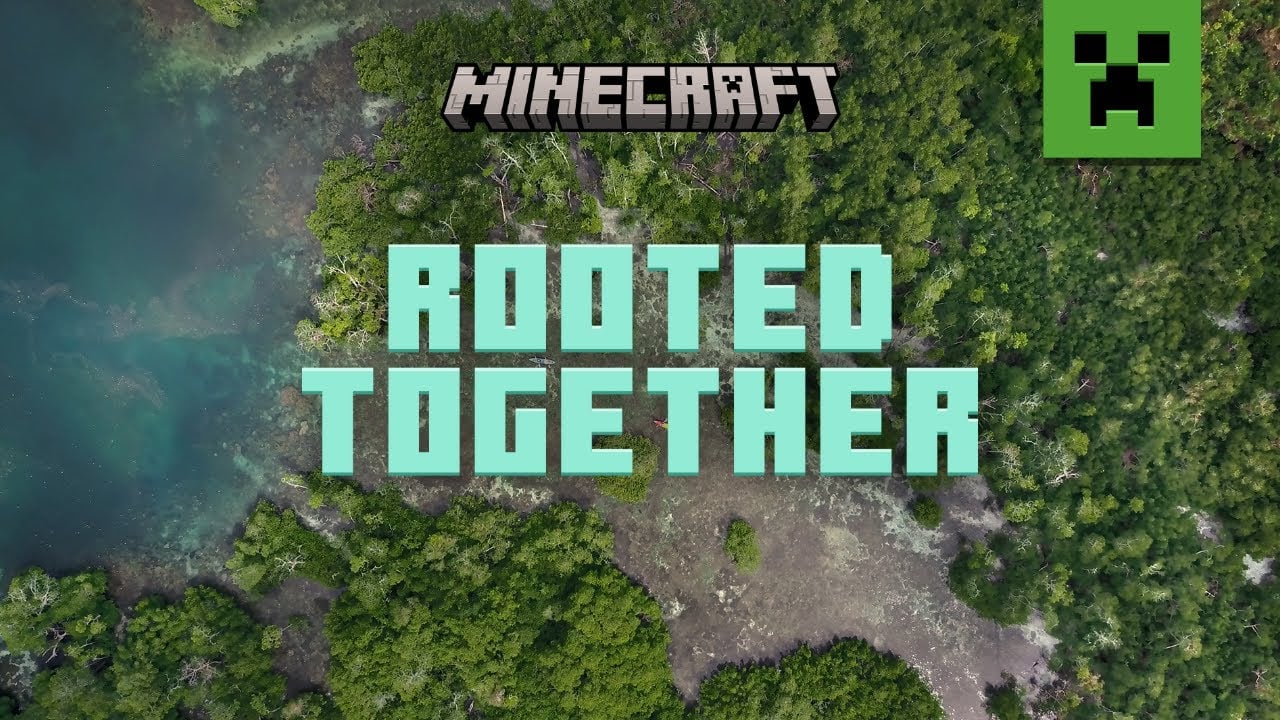 Minecraft’s Wild Update introduced the mangrove swamp biome, a variant of the classic swamp biome covered in mangrove trees, to the game alongside many other exciting new features. In honor of the release, Mojang launched a new initiative today, The Mangrove Restoration Project, to help real mangrove swamps around the world.

Mojang shared a short statement and video detailing how the team hoped that by adding mangrove trees to Minecraft they could inspire love and respect for the trees in real life. The team donated $200,000 to The Nature Conservancy to help promote their vision of “Building a Better World.”

The short video follows a few Mojang team members alongside professionals who study and work closely with mangrove trees. The video switches between the mangrove biome in real life and its version in Minecraft to showcase the similarities and inspire the community to protect the trees they are now familiar with thanks to Minecraft.

Mangrove swamps in Minecraft are home to the titular mangrove trees, mangrove roots, mud, and tiny propagule saplings. These features can be seen both in Minecraft and in real life throughout the video. Mojang based all aspects of the biome in Minecraft on actual mangrove swamps with the goal of allowing people anywhere to experience their magic.

“As a community, we can do anything we put our minds to, ” Winters said during the video. “In Minecraft, and for the planet. Together, we can build a better world.”

In the short video that details what mangrove swamps are and what Mojang hopes to do, Winters met with Dr. Lola Fatoyinbo who explains that mangrove trees are “climate superheroes” that serve to protect civilization in a number of ways. She states that mangrove trees protect everyone from the effects of climate change, such as flooding or storms, and that they also help with carbon cycling and protect the ocean from runoff and pollution.

Related: How to grow a mangrove tree in Minecraft

Alongside Mojang’s donation to The Nature Conservancy, the team launched a free map for Minecraft players to enjoy. Mojang partnered with Everbloom Games on the map, titled “The Mangrove Restoration Project,” to bring players an experience that can further educate them about mangroves while also allowing them to have fun playing Minecraft.

The team also revealed that charity streams for The Mangrove Restoration Project will occur with the map later on in the summer. StacyPlays, Grian, Wyld, and Authentic Games will host charity streams on the free map to bring further awareness and raise funds for the cause.