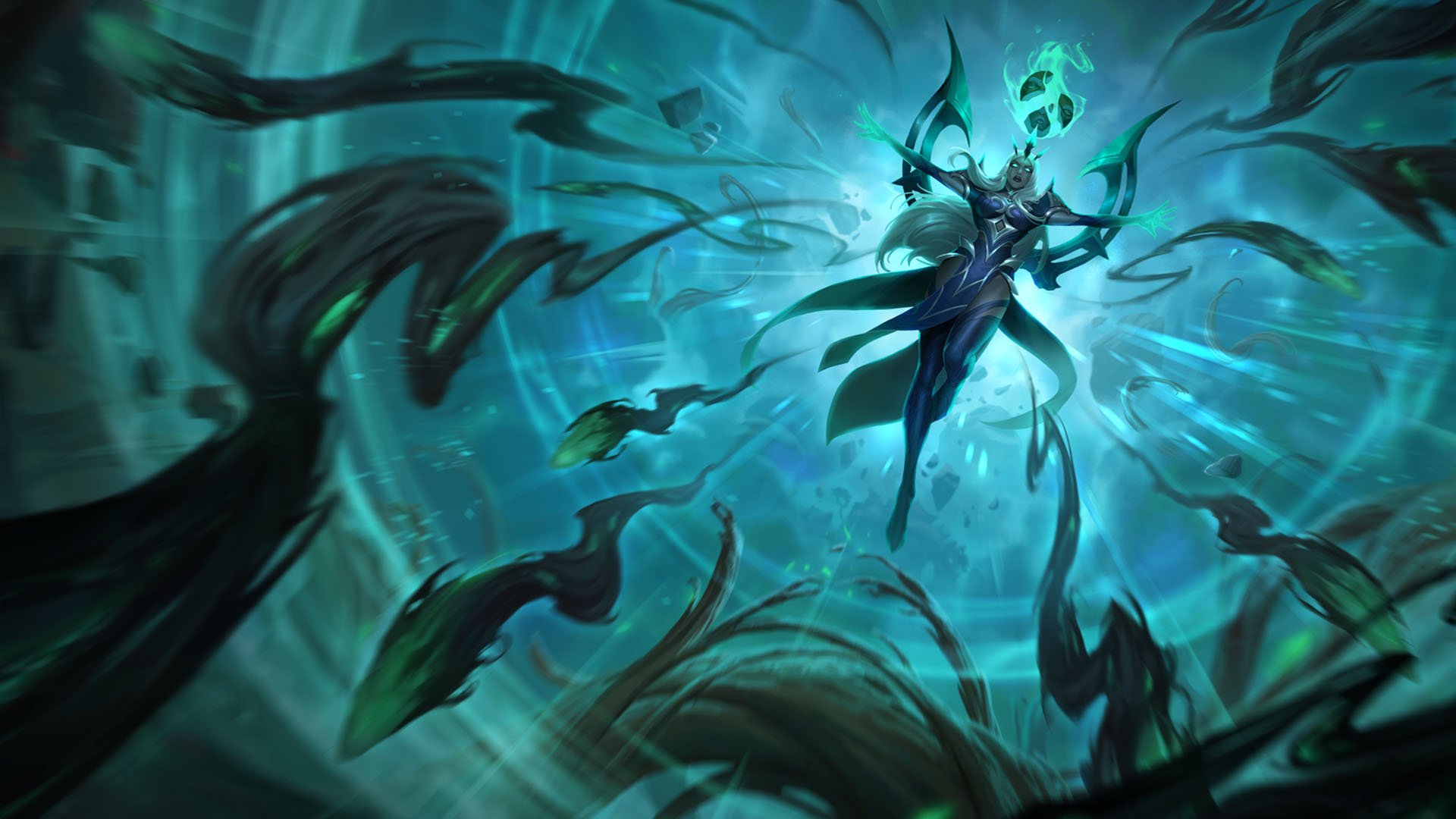 With Legends of Runeterra: Beyond the Bandlewood’s release, Riot Games’ card game has been out for nearly two years since its initial closed beta launch. The most recent set has added the game’s 10th and final region, and with this monumental milestone, it is a good time to look back at the game’s history and see which spells have impacted the game most.

Here are the 10 best spells of LoR, one from each region, and some honorable mentions that could’ve easily taken their spots. 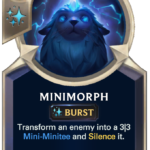 The newest region, Bandle City, has its removal come in two flavors: effective pings (Pokey Stick), or an expensive but effective silence that cannot be interacted with. Minimorph single handedly shapes how card design and metas are formed around the balance of this card.

Thanks to its ability to target enemies and neutralize them at Burst speed, counterplay as a slower deck is incredibly difficult to attain. While control has not been a widely viable strategy for the past few months in LoR, Minimorph will continue playing a part in making sure control players do not get to have fun.

As one of the base regions introduced with LoR, Freljord has cemented its identity as a region with strong spells that either assist in turning the tide in combat (Elixir of Iron and Brittle Steel), ramping mana (Catalyst of Aeons), or clearing aggressive boards (Avalanche and Icequake).

Ionia has focused on spellcasting and effective spells, with cards like Karma, Deep Meditation, and Eye of the Dragon. While the region has had a wide range of tools that could stall (Will of Ionia and Concussive Palm) or provide utility (Deep Meditation and Syncopation), one card has helped define Ionia’s place as a controlling region: Deny.

Deny and its cheaper but effective relative Nopeify have been direct answers to spells that not many regions can replicate. This unconditional way to cancel out an opponent’s strategy means any foe will need to think twice when you have four spare mana showing.

Despite this strength, Deny is ultimately reliant on the meta. It’s not as effective in a competitive scene where Burst spells are commonplace and expensive Slow spells are few and far between.

Noxian Fervor has been a driving force for aggro decks due to its ability to trade away units that have outlived their usefulness as extra burn damage to reach the opposing Nexus. If an opponent is trying to drain your unit with cards like Vile Feast or Grasp of the Undying, Noxian Fervor would oftentimes blow the game wide open due to its ability to not only deal damage to an important target, but also effectively deny the opponent a card.

Noxian Fervor’s versatility could also allow you to block Lifesteal foes with weaklings and then throw your weak units away to prevent more healing. In addition to this, you could also remove key units from your opponent as well since it could target the board in addition to the Nexus.

Piltover and Zaun has been an awkward region since the game’s inception. “PnZ”, its shorthand name, has never been considered a region with a wealth of powerful cards to pick from. However, it made up for this weakness with a few potent staples.

Few spells are as straightforward and effective as Mystic Shot. The ability to deal two damage for two mana allows players to understand what effective burn and removal can be priced at. At fast speed, it lets new players understand how to respond to cards on a stack and turn the tides in a pinch.

While Piltover and Zaun has other strong removal tools for their mana cost, like Get Excited and Thermogenic Beam, Mystic Shot’s unconditional and fast speed will always give it a viable edge to appear in any meta where PnZ is used. 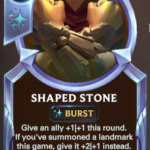 Shurima’s introduction in Empires of the Ascended gave the region strong footing with a vast amount of strategies, from aggro and midrange with Azir or Sivir to even slower controlling ones featuring Nasus. Shaped Stone was a powerful combat trick that, players were quick to realize, would be powerful for any unit-centric deck.

Already compared to being a direct improvement to Radiant Strike, a three-point damage swing allowed for potent trading opportunities, or final reach to burn the opponent’s Nexus. The one extra health provided also allowed for units to survive some removal from the opponent, turning the tide in your favor.

But ever since its recent emergency nerf, the spell has greatly lessened in popularity.

Demacia’s goal as a region never had flashy gameplay with unique cards, but to be effective with its tools. Single Combat has been a powerful and cheap removal tool for the region since the initial batch of cards dropped. If you ever had two spare spell mana and your board was simply stronger than the opponent’s, you could at any point interrupt the opposing efforts to either attack, defend, or sacrifice their units.

Bilgewater had an explosive release back in Rising Tides, and the best spell that pushed the region forward was Make It Rain. Aside from being able to dismantle any aggressive weak and early boards, the fact it could damage the enemy Nexus meant it helped Gangplank level up or activate Plunder abilities.

The prominent Bilgewater spell proved so powerful that Riot eventually nerfed it in Patch 1.13. After this nerf, Make It Rain (and, by extension Bilgewater, as a whole) fell in prominence, and the region relied more on Twisted Fate and other strategies within that time.

After Bone Skewers’ printing back in Guardians of the Ancient, another powerful Bilgewater spell gave the region new life to the Deep archetype due to its ability to provide much needed single-target removal to the region.

However, Rise of the Underworld’s patch reverted Make It Rain’s nerf, allowing it to return as a much needed powerful multi-purpose function card for the region.

Shadow Isles is the region known for premium destructive spells, but one card with a vast amount of utility helps define the region. Glimpse Beyond has been a nigh-staple card for Shadow Isles, and its ability to trade away your unit for more card draw has been a powerful interaction since the game’s inception.

Anytime an opponent would hope to remove one of your big threats with an equally sized answer, they needed to run the risk of being blown out by an unfavorable trade if you ever showed two spell mana. 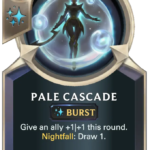 As Targon’s spot in the meta has been lessened compared to its initial release back in Call of the Mountain, one spell has stood the test of time and has seen practically automatic inclusion in each deck sporting the region: Pale Cascade. Despite being nerfed, and even with the region’s grip on the meta lessening during the Empires of the Ascended cycle, Pale Cascade still kept the region afloat and appeared in each Targon deck.

Combat Tricks have been an integral part of LoR’s competitive ecosystem, but Pale Cascade stands tall above the rest. This is due to its ability to not only buff weaker units into imposing forces, but also its powerful card draw.

Pale Cascade was presumed to be the best card in its initial release, and even after receiving a nerf to half of its power boost, the Burst spell is still the most popular card within the region by far.

No matter your favorite region, try these powerful cards out for yourself if you want to be competitive on the LoR ladder.