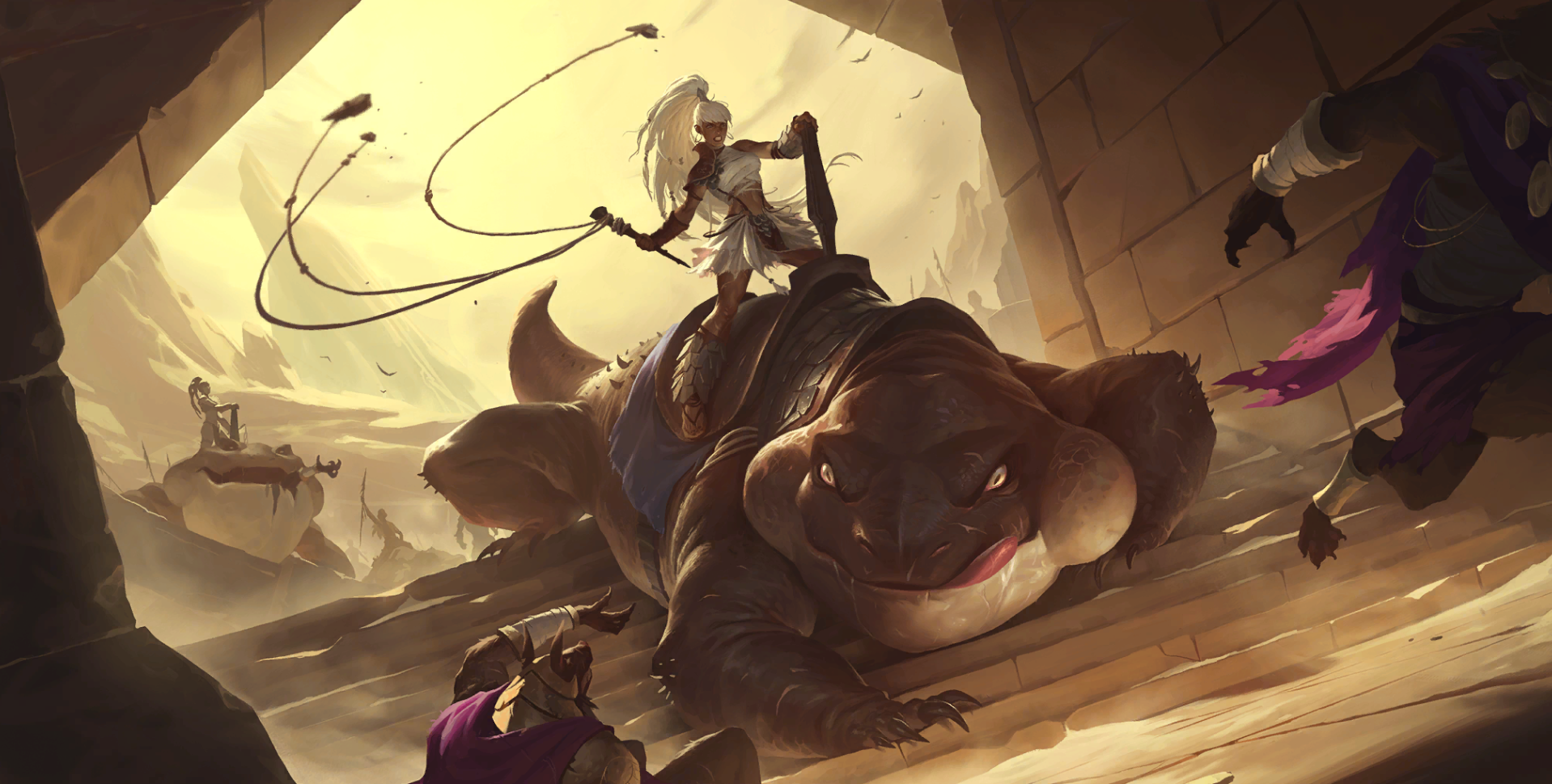 Legends of Runeterra’s most recent expansion Beyond the Bandlewood released last week, and added 126 new cards. While a whole set-worth of cards would hopefully shake up the meta in a meaningful way, Riot is performing a hotfix that will be hitting some of the most dominant decks since the release of Beyond the Bandlewood.

The changes were announced last night night, and will be hitting high potency cards from both Shurima and Ionia. For the Shuriman followers, Ruin Runner and Merciless Hunter will both lose one health, becoming 6/3 and 4/2 respectively. Shaped Stone will now only grant a maximum of +2/+1 down from +3/+1, and Flurry of Fists will now cost one extra mana up to a total of four.

Merciless Hunter has been Shurima’s quintessential three-drop, propelling the region forward and seeing play in nearly every Shuriman deck since her arrival in Guardians of the Ancient. Ruin Runner has seen a ton of play within most aggressive and midrange lists, like Aggro and Reputation. Flurry of Blows has seen a ton of play in Ionian-Sivir styled decks which aimed to cheese the opponent with surprise burst damage from the Double Attack keywords. 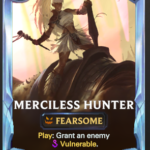 On the uncollectible card side, Flawless Duet, which is generated by Irelia and Lead and Follow, will now cost one more mana, up to two.

Flawless Duet’s extra mana cost will definitely lessen Azirelia’s grip on the meta, and will most likely remove her from seeing any tournament play outside of a lineup which is super polarized and aiming to target specific lists. Since Azirelia also relied on Shaped Stone to trade upwards, bulkier units will be able to survive the combat trick more often now.

Outside of Azirelia, all of these cards have been keeping Shurima afloat and competitive as a region. While their offensive prowess is still there, one less health will make them more prone to removal or death in combat. For Merciless Hunter, her Fearsome keyword protects her from two health units, and regarding Ruin Runner, her SpellShield helped her ward off enemy removal spells.

Aside from these direct nerfs, one card which was released in Beyond the Bandlewood, The Arsenal, is receiving a bug fix which is effectively a nerf. Sometimes he was able to receive a permanent SpellShield, which would make him nigh impossible to deal with if he received a wealth of other powerful keywords like Elusive and Quick Attack.

While it is unknown when these changes will go live throughout the week, it will definitely occur before the World Championships start, which is Sept. 4 for Double Elimination.