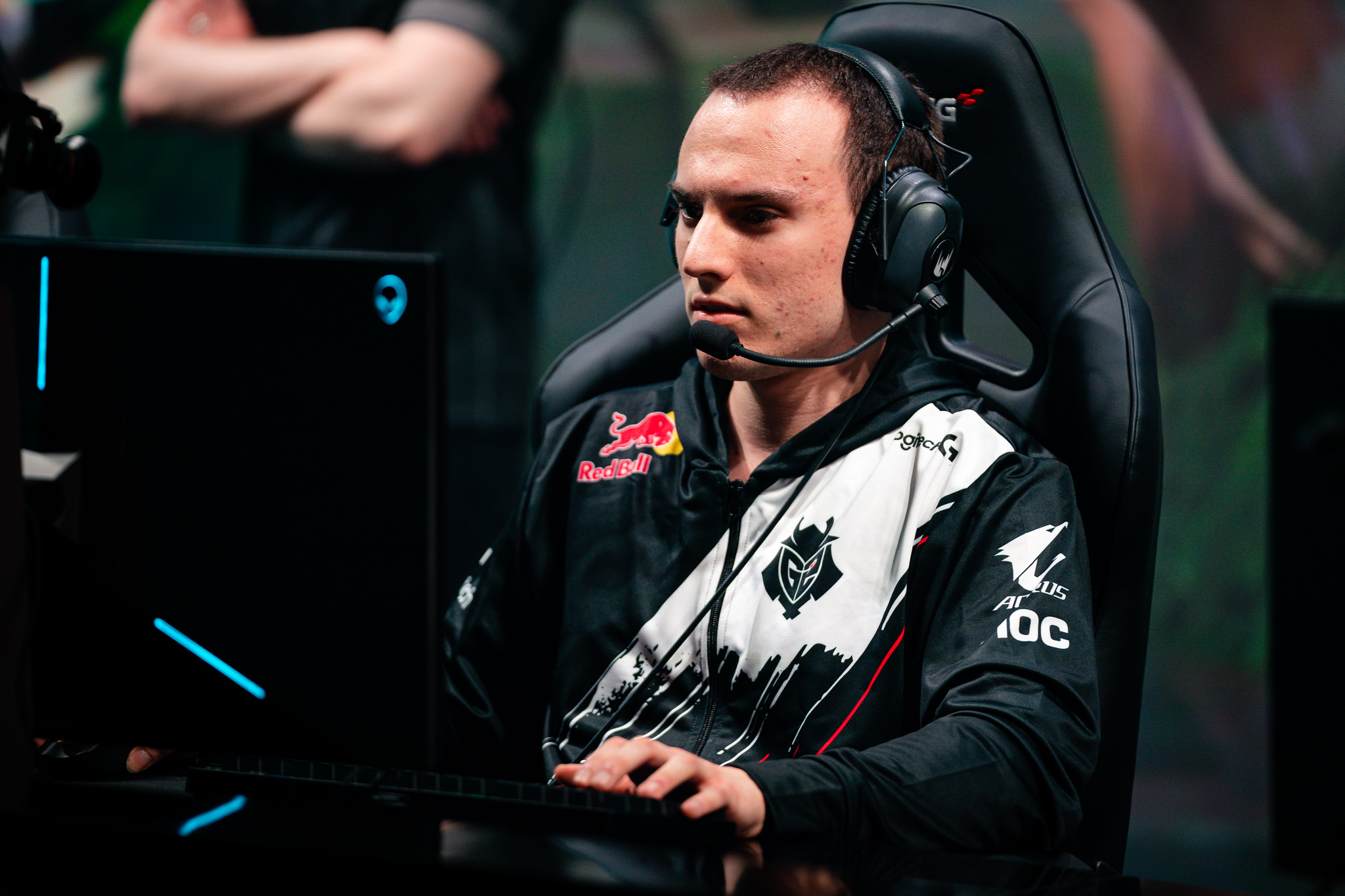 G2 Esports’ win streak in the 2020 League of Legends Spring Split finally petered out yesterday in a defeat to Misfits Gaming. While some pointed to a well-played jungle Ekko as the reason for G2’s loss, mid laner Luka “Perkz” Perković set the record straight on today’s stream—it’s all baby brother Craps’ fault.

“We had Claps for six games in a row,” Perkz said. “And Claps is the big brother, and, like, Craps is the small brother that wants to play as well. So we had to let Craps have one play time. Once in a while, he gets to play as well, but it’s not really something [that happens] very often, right?”

G2’s Rasmus “Caps” Winther, known as either Claps and Craps depending on his performance that week, had a rough showing in the match against Misfits. The mid laner turned AD carry ended the game with nine deaths and zero kills on the Aphelios pick, having earned seven of those deaths before the 15-minute mark—which is an all-time record in the European region.

But while Perkz may have been joking in his analogy to letting little brother Craps play a match, the mid laner added a second reason to his team’s loss: Martin “Wunder” Hansen’s love for top lane supports.

Wunder—who was one of the first pro players to recently popularize Soraka in the top lane—picked Sona for the match against Misfits. But unlike Soraka, Sona lacks an impactful global ultimate, and Wunder failed to turn the tides in G2’s favor with the pick.

Related: G2’s Jankos says that he might consider moving to a different region in the last years of his career

G2’s loss to Misfits comes as their first defeat of the 2020 LEC Spring Split. Misfits’ win was in large part thanks to jungler Iván “Razork” Díaz, who pulled out the jungle Ekko pick and ended the game with a whopping eight kills and six assists.

The Kings of Europe will return to the stage today at 12pm CT to face off against FC Schalke 04, who have recently undergone a roster switch-up in the bottom lane. The team swapped out Konstantinos-Napoleon “FORG1VEN” Tzortzio, who stepped down from the roster, in favor of Nihat “Innaxe” Aliev for week four’s matches.