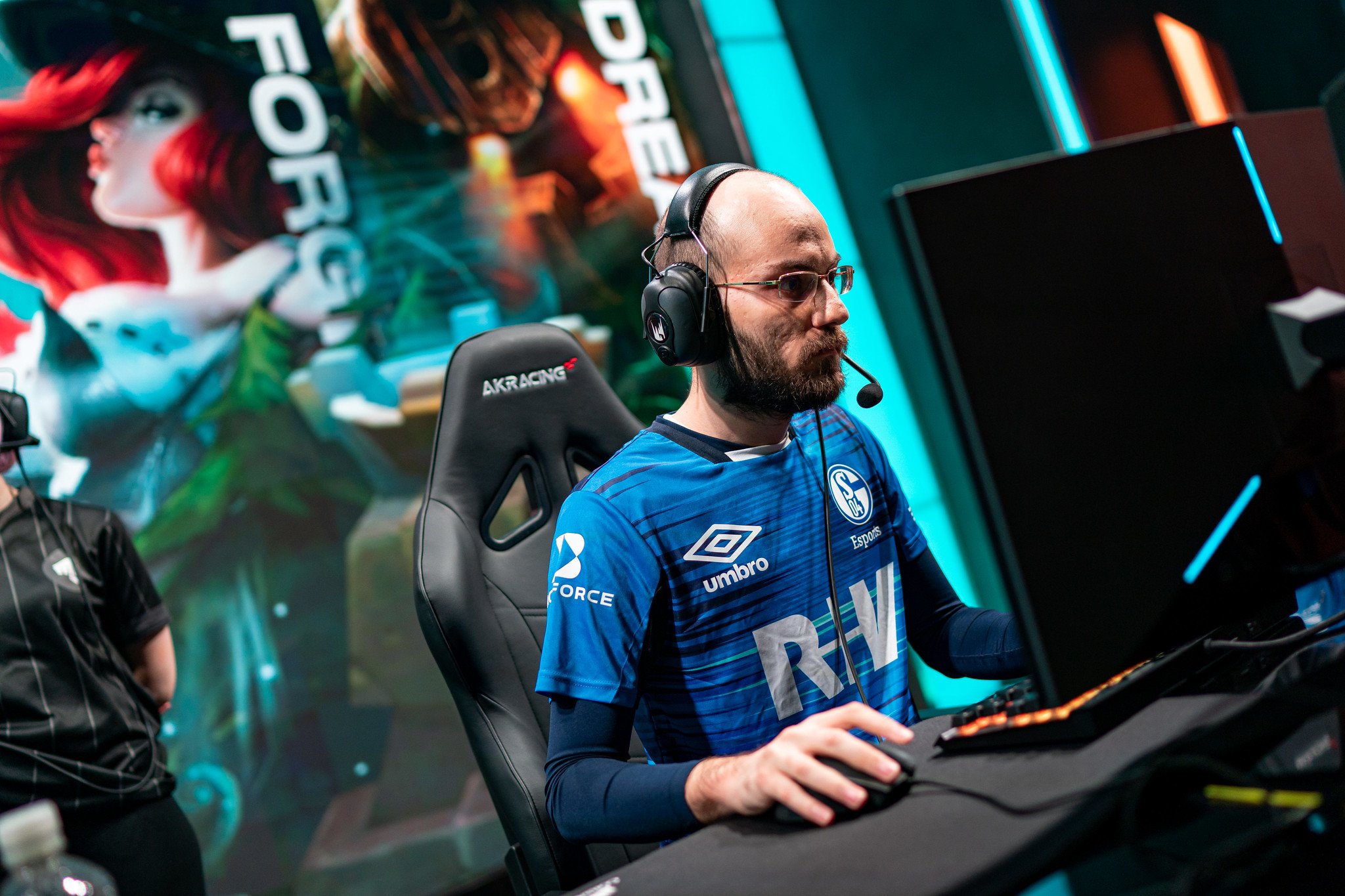 Konstantinos-Napoleon “FORG1VEN” Tzortziou has always been one of the most competitive players in the European League of Legends scene. But today, he decided to step down from Schalke 04’s roster until the team makes some changes to its roster.

“In my seven-year career, I always played to win and be competitive,” FORG1VEN said. “As of now, at least, the current roster doesn’t fit this principle. Schalke is unable/unwilling to make changes to fit this goal, so we mutually agreed that I step down until and if they are willing to do so.”

Schalke 04 haven’t had a good start to the season. The team is winless through three weeks of the 2020 Spring Split and each loss has looked worse than the last. FORG1VEN has the most deaths and least kills of any ADC in the league and he hasn’t had much of an impact in any of their games—granted, his entire team hasn’t been performing too well at all over this stretch.

This also isn’t the first time that FORG1VEN has been let go from a team early in a split. In 2016, the 27-year-old was benched by Origen due to motivational issues. At the time, the veteran ADC said that he wasn’t having fun playing League and that he had started to enjoy playing Overwatch more.

Now, Schalke’s Academy ADC Nihat “Innaxe” Aliev will be taking FORG1VEN’s place in the starting lineup for week four. Although the team said it will still be counting on FORG1VEN for the Spring and Summer Splits, it looks like Schalke is focused on making a majority of this roster work. If that’s the case, FORG1VEN might not return to the LEC stage for an indefinite amount of time.

Schalke 04 have a couple of huge tasks ahead of them with matchups against Rogue and G2 Esports next. You can catch them in action when the LEC continues this weekend.