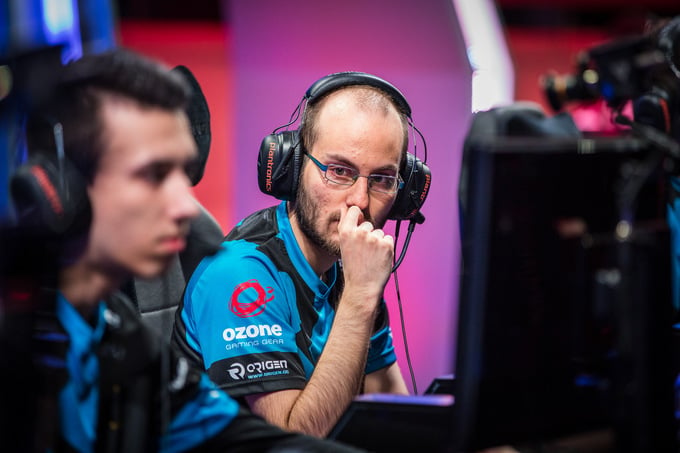 After just one week with his new team, one of Europe’s top AD carries has been benched.

Konstantinos “FORG1VEN” Tzortziou has been removed from the starting roster of Origen. In a brief statement on the team’s website Origen cited a lack of motivation from the Greek player as the reason for the decision.

FORG1VEN signed for Origen less than a month ago—not long after he said he planned to skip the Summer Split altogether and return to the LCS in 2017. The player spent the Spring Split on the roster of H2k-Gaming, finishing second in the regular season.

After losing out to G2 Esports in the EU LCS Spring Playoffs, Origen have not enjoyed a successful start to the Summer Split. The team lost to G2 and Unicorns of Love 0-2 in both of their series, leaving them joint bottom of the table.

FORG1VEN has had something of a tumultuous LCS career. In 2015 he was banned for four games due to “toxic behavior” in solo queue while still playing for Gambit Gaming, after being reported for toxicity in 70 percent of his games over a 30 day period.

Then, it looked like FORG1VEN might not get to make that choice due to compulsory military service, but he later secured a deferment—only to claim he was planning on skipping Summer Split anyway.

Until the team sign a replacement AD carry, founder Enrique “xPeke” Cedeño Martínez will play in the role. XPeke previously played in the mid lane, most recently subbing himself in during the last split ahead of starting Origen midlander Tristan “PowerOfEvil” Schrage.

Update 3:56pm June 7: In a post on Facebook, Forg1ven elaborated on his motivation issues. It appears the new Blizzard shooter Overwatch is at least partially to blame.

“After numerous talks we had i thought something needed to be changed and so i took the decision to take an indefinite break from League, since i was playing more Overwatch than the game i was being payed to play (combination of not having fun anymore to play the game for at least one and a half year and being introduced to another).”