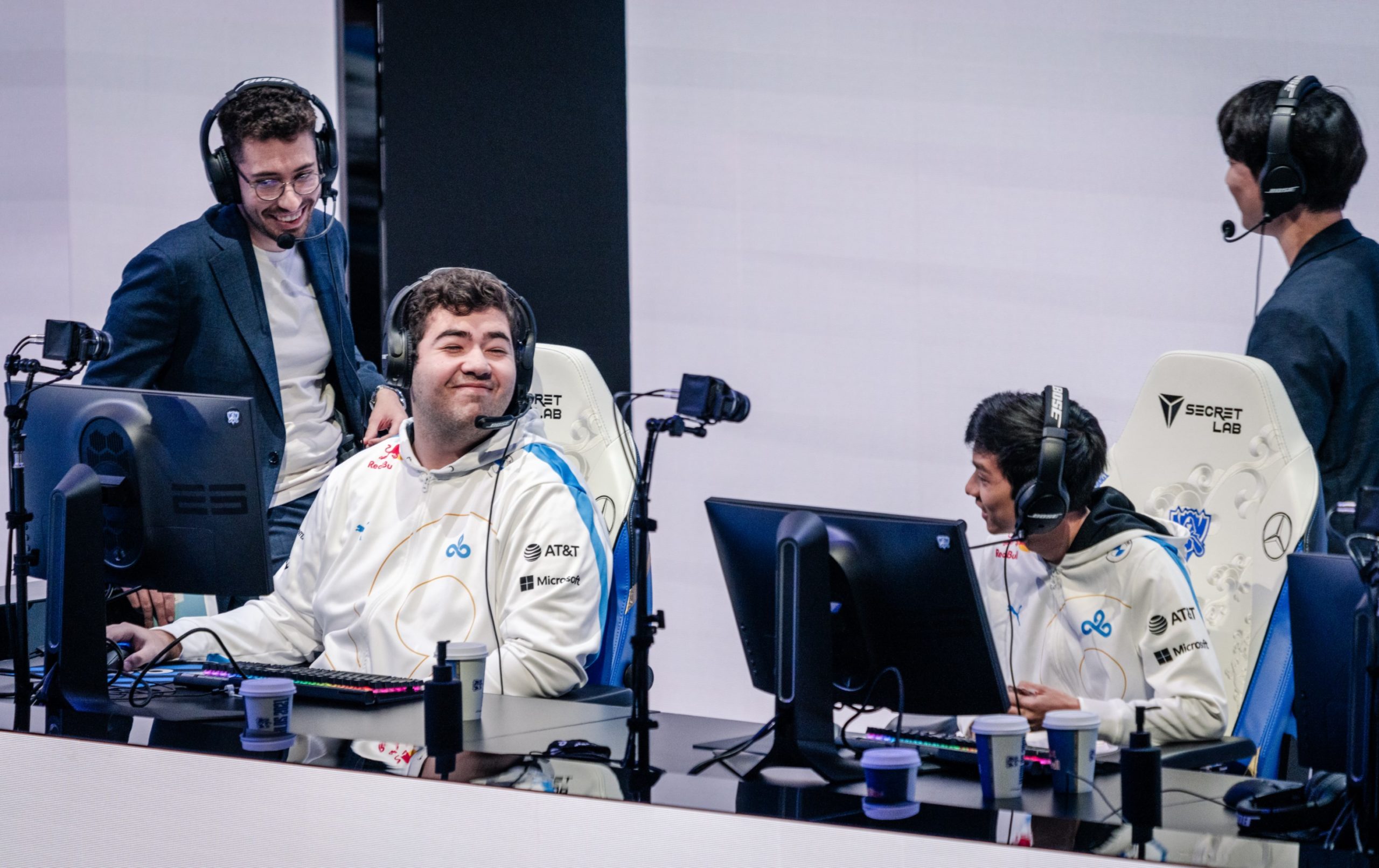 Now that the League of Legends community has settled down from the raw hype behind the return of the World Championship, the professional scene can start working its way into the nitty-gritty of this year’s edition of the tournament. After two days, the 10 representatives participating in the preliminary round of Worlds 2021 have burned through over a dozen games, with each of them still having a chance at advancing to the next round of the play-in stage.

Tomorrow, we’ll inevitably be saying goodbye to the first two teams. And before long, the eliminations will start to pile up across the field of 22 squads. As of today, though, every team is still in the hunt for a berth in the play-in stage’s qualification round. Some teams have wrapped up their slate of regularly scheduled play-in stage games and will be forced to scoreboard-watch, but the majority of them will be headed back to the Rift tomorrow for one final chance at locking things up.

With just four best-of-ones left on the play-in stage schedule, here are some of the biggest takeaways from the second day of Worlds 2021.

Bet the chalk, we won’t judge

For the second day in a row, every major region team won their games in which they played against minor region squads. Of course, major regions aren’t undefeated in the Worlds play-in stage, considering Hanwha Life and LNG Esports went head-to-head yesterday and someone had to lose. But the fact that there hasn’t been one upset through 16 games is stunning.

Last season, the biggest upset of the tournament came at the back-end of the play-in stage when SuperMassive Esports out of the TCL took down the LEC’s MAD Lions in a best-of-five, marking the first time a minor region team defeated a major region team in a best-of-five. With win-or-go-home series set to cap off the play-in stage later this week, there’s still plenty of time for minor region squads to shake up the landscape at Worlds.

Group A clears up (a little)

When the cards were on the table in the third game of the day, the LCO’s PEACE found their first victory of the tournament against Infinity Esports out of the LLA. The game pitted two then-winless teams against each other in a dire scenario. And as a result of PEACE’s victory, they earned a leg up in a tournament format where finishing last in your play-in stage group automatically denies teams entry from the play-in qualifiers. With a match against the undefeated LNG Esports tomorrow, Infinity are all but guaranteed on paper to be among the first teams knocked out of the World Championship—just as they were back at MSI earlier this year.

As for PEACE, they live to fight another day. And with the hardest part of their schedule behind them, the Oceanic champs are playing mainly for seeding moving forward. Tomorrow, they’ll square off with the CBLOL’s RED Canids. Both teams are coming into that game tied for a share of third place in Group A and the difference between winning and losing will only result in side selection when they face off in a best-of-five down the line. But underdogs like PEACE and RED Canids need every advantage they can get moving into the bracket stage of play-ins.

Cloud9 set the tone for success

Cloud9 are out of the woods after making quick work of their two opponents, Beyond Gaming and Galatasaray Esports, today to advance to 3-0 in the group stage of the play-ins. Through three games, top laner Fudge has been stepping up immensely for C9 at Worlds, just like he did at MSI.

Across the first two days of play at Worlds, the first-year LCS standout is posting a KDA of 6.5 and a kill participation mark of 64 percent, according to League stats site Oracle’s Elixir. Thus far, he’s showcased versatility and range with aggressive champion picks such as Irelia, Jarvan IV, and a nearly-full ability power-build Malphite. If that doesn’t scream “I’m here to play,” we don’t know what does.

Fudge and the undefeated C9 have just one scheduled game left in the Worlds play-in stage: a contest with the winless Unicorns of Love. If the North American representatives can find a victory in that game and finish the group play portion of the play-ins with a clean 4-0 record, they’ll advance directly to the Worlds group stage, no questions asked.