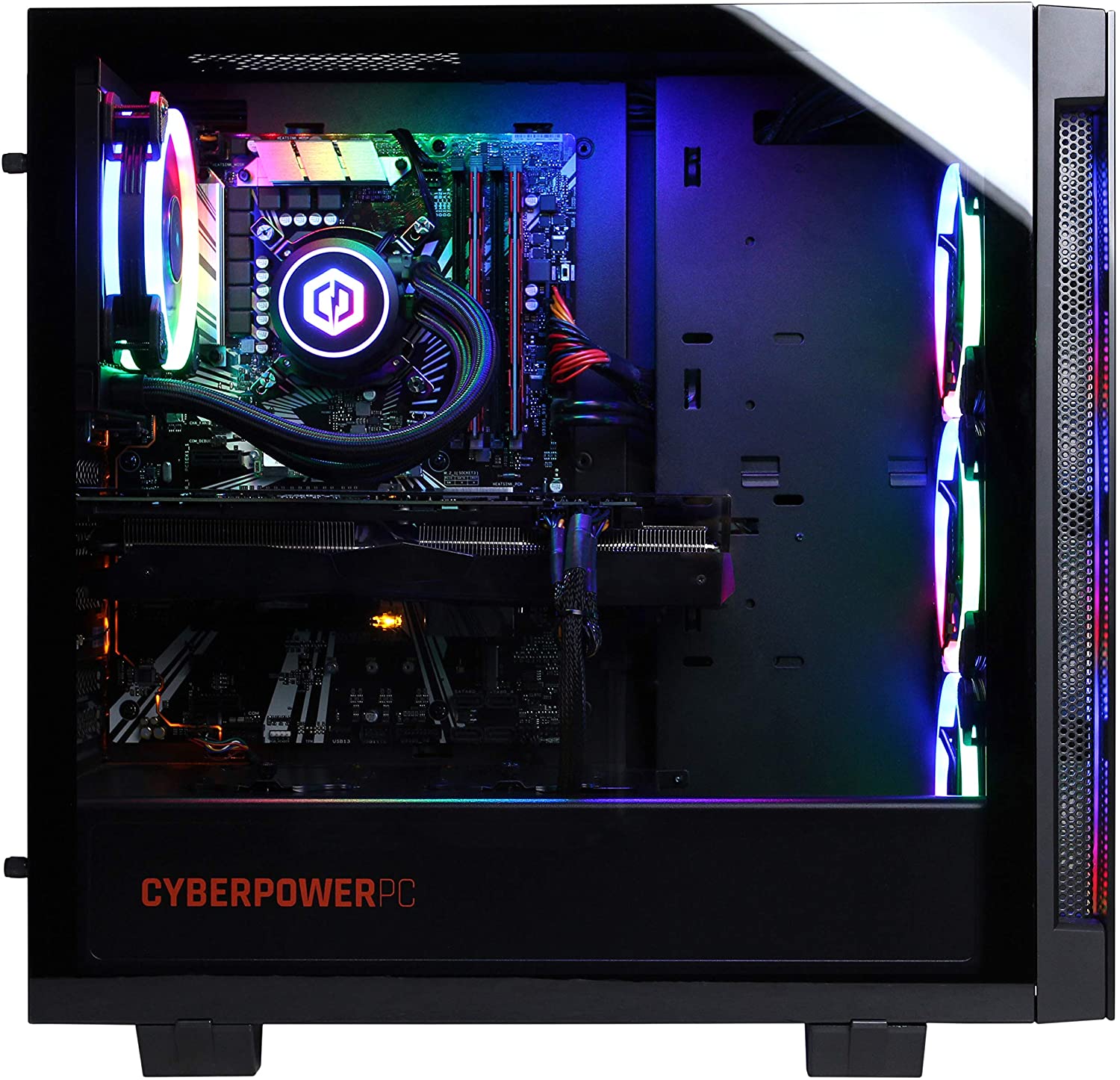 A pre-built gaming PC functions as a convenient option for gamers who want to enter the PC gaming community but don’t have the wherewithal to build their own rig. While pre-builts are normally criticized for their inflated prices and occasional poor build quality, today’s silicon shortage means the standard is flipped on its head. Where reliable sellers are found, there are potential savings alongside a professionally installed pre-built PC.

Buying a GPU by itself for a custom build will cost anywhere between 200 percent to 300 percent MSRP. But that same GPU in a pre-built PC that’s being offered at a reasonable price will average out to a much lower cost. This means that pre-builts are not only a convenient and safer means of acquiring a new PC but can also save buyers money, which really goes to show just how wild the PC market is these days.

Because many people going after a pre-built are often inexperienced with PCs, it isn’t uncommon to find pre-built listings that are overpriced and of low quality. These listings exist to take advantage of people who don’t have the time to research every single aspect of a PC before buying. But that doesn’t mean all pre-built listings are predatory. The following list is a selection of pre-builts that are at the top of their game for every budget, with some extras thrown in for style points.

A convenient aspect of the HP Pavilion selection system is that you can tweak your build before buying. The cheapest option they have, which comes with an AMD Ryzen 5 4600G and an Nvidia GeForce GTX 1650 Super, starts at $739. For that price point, you also get 8GB of DDR4 RAM clocked at 3,200MHz and 256GB of SSD storage.

For under $800, this hardware functions as an affordable, entry-level build that will run all contemporary AAA titles with medium to high settings at 60fps. When it comes to common esports games like League of Legends, Fortnite, and CS:GO, there’s really no question whether this PC will handle them with ease. As a bonus, the Ryzen 5 4600G is actually an APU with built-in graphics, not a dedicated CPU. This means that if the GTX 1650 Super for some reason fails in the future, this PC will still have another GPU to fall back on until a replacement arrives.

Granted, all of these features can be tuned before purchase or upgraded later at the user’s discretion, which is precisely what an entry-level PC should be made for.

The SkyTech Blaze II 3600 variant is a $1,100 example of why pre-builts, in today’s market, can actually be cheaper and more convenient than building your own PC. The graphics card this rig comes with, the GTX 1660, costs $600 by itself these days. In fact, taking all of the part’s common prices, you get to over $1,000 before even getting to the motherboard and case.

The Ryzen 5 3600 in this pre-built is a popular six-core processor that can be overclocked to 4.2GHz. In tandem with the GTX 1660, it can handle 60 to 100fps with most AAA games on the market easily at medium to high settings. Even when it comes to a CPU-heavy game like Arma 3, which is far from well optimized, the 3600 can pull consistent 60 plus fps in multiplayer scenes with some tweaks to the settings.

You can’t always trust a pre-built to focus on every detail, though. SkyTech is known for having poor airflow quality in its PCs, so if this PC seems to have minimal airflow, go ahead and pop a side panel off to give it some breathing room.

Ironside has always been a trusted company in terms of competitive and fair pricing, thanks to their warranty and expert building process that comes standard with each purchase. The company’s AMD Gold option is a pricey selection but is well worth the price for someone who wants a high-end machine that can handle gaming, streaming, or video and audio editing.

The specs on this machine, before any customization, consist of a Ryzen 7 5800X, 16GB of DDR4 RAM clocked at 3,200MHz, an RTX 3070, and 1TB of NVMe M.2 storage. Those kinds of parts will make many users want for nothing when it comes to gaming. The included graphics card, the 3070, is particularly hard to find in this market. For some, that fact may sweeten the deal, if even just a bit.

To top it all off, users can select any number of extra options or upgrades to suit their needs before moving forward with a purchase. This makes the Ironside AMD Gold both luxurious and flexible. There’s never going to be any expensive or unwanted bells and whistles attached to its price tag.

When the term “high-end” isn’t enough, “workstation” is thrown on top of it. Anyone reading this article should weigh their options before buying this PC. Ignoring that it costs more than $10,000, this pre-built is designed for extraordinarily heavy workloads. The parts required to complete it are made for video editing software, rendering on the fly, 3D modeling, and playing Crysis at 30fps.

This PC comes with 256GB of RAM clocked at 3,200Mhz, an octadeca-core CPU, and a Quadro RTX 8000 GPU. If the sheer amount of RAM isn’t impressive enough, the 18-core CPU and 48GB GPU is sure to make even the most extreme of PC builders clutch their wallets in awe.

Of course, having such a powerful rig is useful for professional reasons, but to say it isn’t cost-effective for gaming is putting it lightly. And that’s true even for the cheaper variants. Still, these pre-builts serve as solid reminders of just how powerful the modern rig can be.

If a gamer is dead-set on getting a PC that’s dripping with RGB coloring, then this CyberPowerPC pre-build is the avenue to stroll down. This PC comes complete with a Ryzen 7 3800X, an RTX 3060, and 16GB of DDR4 RAM clocked at 2,667 MHz.

Of course, this PC also comes with RGB fans to provide the case with a sleek, colorful look that’s sure to keep any battlestation fresh. But just because a fan is colorful doesn’t mean it’s effective. If you take issue with the airflow, just pop a door off the case, or take a screwdriver to the fans to adjust or swap them out for something with more cooling capability.

Pre-built gaming PCs might get a bad rap within the gaming community, but the truth is that any pre-built can not only provide a lot of convenience for inexperienced builders but can also save them money. It all comes down to knowing where and what to look for to match your needs in relation to your budget.