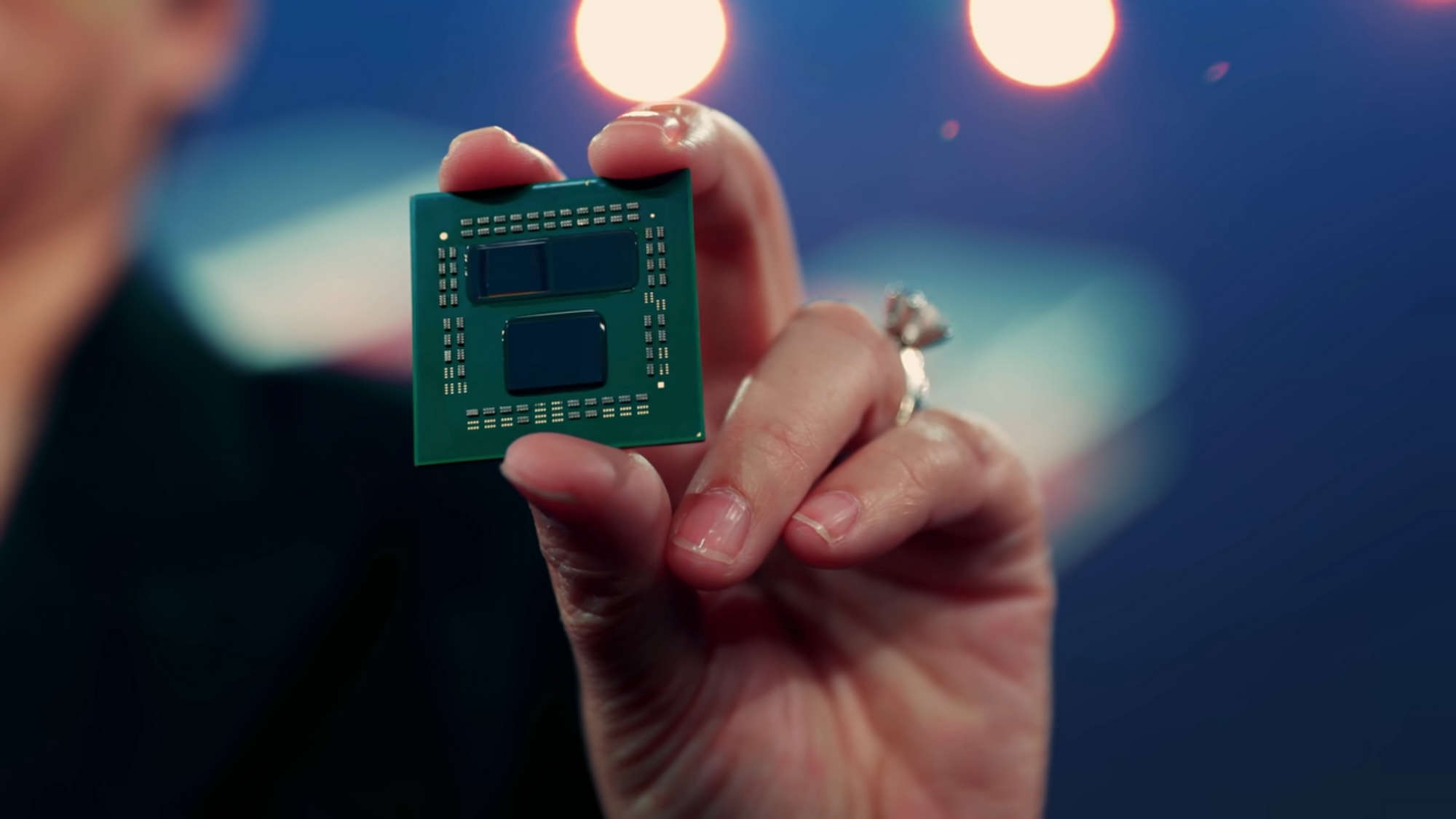 AMD’s Zen 3 CPUs were groundbreaking when they were released, but it’s time for an upgrade. The chip manufacturer has announced that their existing CPUs will be modernised with a new 3D V-Cache stacking technology, which could make a massive difference for gamers.

This post has been updated since its original publication.

Without any other change in design, the updated 5900X ran Gears 5 12 percent faster at 1080p — despite no other adjustment in power usage and a fixed frequency between both CPUs. Other games benefited from the technology as well, according to AMD’s presentation, with Monster Hunter World seeing a 25 percent improvement from the new design. (A footnote in AMD’s presentation added that, on average, the refreshed Zen 3 CPU was 15 percent faster across 32 separate PC games, although some titles like League of Legends only saw fractional gains in performance.)

At CES 2022, AMD announced the official naming conventions for the new chips: X3D. The average performance improvement for the X3D chips across a range of games was 15 percent, although some titles — such as Watch Dogs: Legion and Far Cry 6, saw gains of 36 percent and 24 percent, compared to a regular Ryzen 5900X.

Compared to the i9-12900K, AMD showed slides claiming the 5800X3D was 17 percent faster than Intel’s fastest Alder Lake CPU in Final Fantasy XIV and 8 percent faster in Shadow of the Tomb Raider. Interestingly, the refreshed 5800X3D could only achieve parity with the 12900K in Gears 5, and Intel’s CPU was 2 percent faster in CS:GO.

But what exactly is 3D V-Cache?

To understand the benefits of V-Cache, we need to look at how the current Ryzen Zen 3 CPUs actually work. If you were to take apart a Ryzen 5000-series CPU today, you’d see a core complex (CCD) underneath.

L3 cache can be vastly useful for gaming, often more so than having more cores or threads. While more of anything is generally a good thing when it comes to gaming performance, an analysis from Techspot found that more L3 cache can often be more beneficial, provided the game isn’t completely GPU-bound.

“If you were to upgrade from a Core i7-8700K — which is essentially a Core i5-10600K — to the Core i7-10700K or something faster, and have noticed an uptick in performance, chances are it’s not due to the extra cores, but rather the extra cache,” Techspot concluded.

So to increase the amount of L3 cache on their CPUs, AMD has invented 3D V-Cache technology. The design vertically stacks an extra 64MB of L3 cache onto each CCD, allowing for a maximum of 192MB L3 cache. That’s more than double what the current Ryzen chips can offer, and by bonding the new cache directly to the complexes and adding some structural silicon, AMD says the refreshed chips look identical to their Zen 3 counterparts.

“Just the existence of [3D V-Cache] is a generational leap in performance,” Robert Hallock, AMD’s director of technical marketing, said in an interview in October.

Will I have to upgrade my PC for the Zen 3 refresh?

Hallock confirmed that AMD would launch the Zen 3 refresh in “early 2022”, and AMD CEO Lisa Su confirmed the CPUs would launch in the spring (or autumn for those in the southern hemisphere). Only the 5800X3D was announced during AMD’s CES reveal, however.

Dr Su also confirmed that AMD’s Rembrandt CPUs — also known as their Ryzen 6000 series, which will rival Intel and Apple in the laptop market — would launch in February, with the Ryzen 7000 desktop CPUs and the AM5 motherboard platform to follow in the second half of the year.

AMD did not formally announce a price for the 5800X3D Zen 3 refresh, although that’s not expected until closer to the chip’s launch. The 5950X currently retails for around $799 US, £749.99 or $999 AUD. AMD’s approach to previous generations has been to discount the older CPUs while having its newer products assume the same price point, and given that Zen 4 is on the horizon, it wouldn’t be a surprise to see AMD follow the same approach here.

What kind of performance would you want to see from AMD’s new CPUs to convince you to upgrade?